The market views a 25 basis point Fed rate hike next week as a near certainty, based on fed fund futures. Contracts on Thursday showed more than 45 basis points of total tightening by the end of 2018. Focus is increasingly shifting to the outlook for next year, with investors moving closer to the central bank’s projected path of three rate hikes for 2019.

That won’t be enough to prop up the greenback, according to Noelle Corum, an Atlanta-based portfolio manager in Invesco Ltd.’s fixed-income group. As global growth improves and market participants start to speculate about policy changes from the European Central Bank and Bank of Japan, the dollar’s support from Fed hikes and trade tensions will wear off, she said.

“Going into year-end, we would expect fundamentals will begin to drive markets again, and this will drive the dollar weaker,’’ said Corum, whose group manages $235 billion. She forecasts the greenback will depreciate to $1.20 per euro and weaken to 104 yen per dollar by year-end.

US Treasury yields popping above 3%, not least because of the dearth of demand following the front loading of pension contributions that ended on September 15th, has been a catalyst for both bond and Dollar weakness this week. 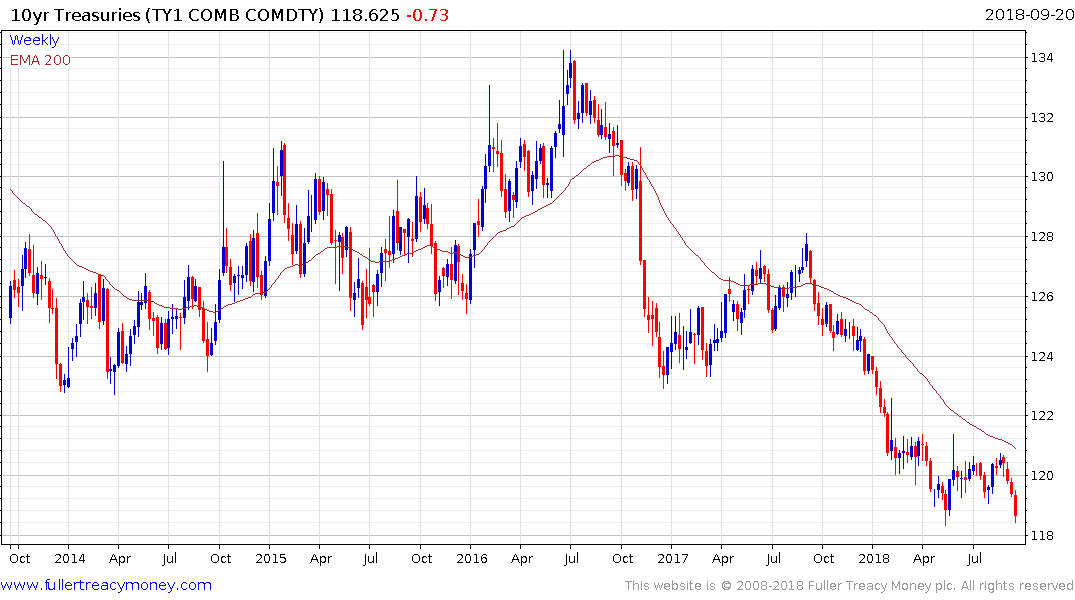 Both Treasuries and the Dollar are at important potential areas of support. 10-year Treasury futures are testing the May low near 118 10/32 and a short-term oversold condition is evident. Therefore, there is scope for some steadying in this region. However, a clear upward dynamic will be required to question near-term scope for additional downside. 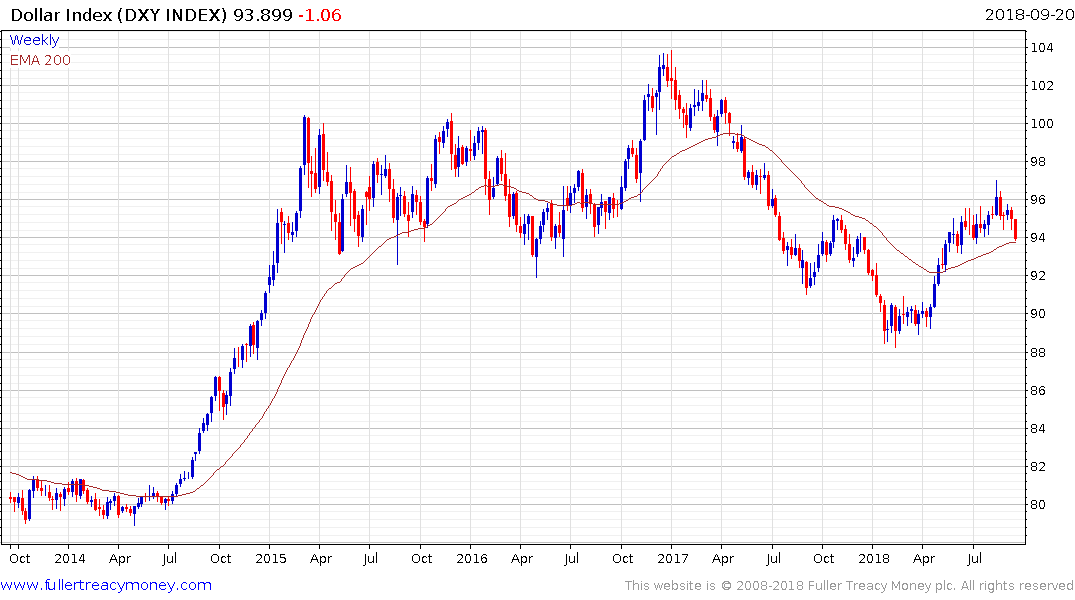 The Dollar Index has broken its progression of higher reaction lows and is now testing the region of the trend mean. It will need to bounce in an emphatic manner to confirm support in this area. 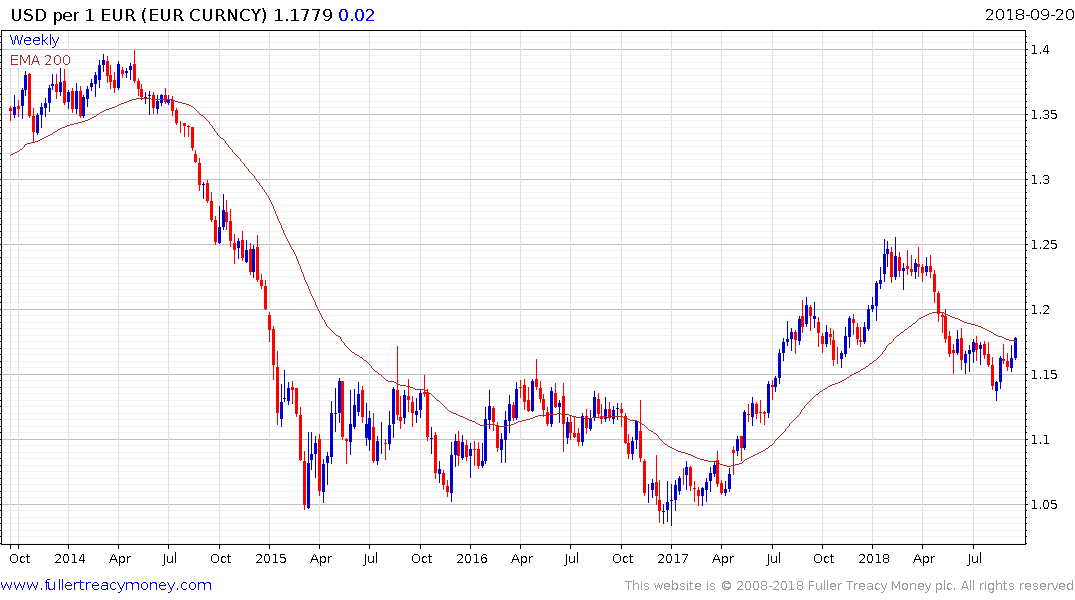 There is a growing bearish consensus that the Dollar’s rally has ended and if it does not bounce soon against the Euro then that view will be much more credible. The clearest evidence of Dollar weakness is evident against some of the most oversold emerging markets currencies. 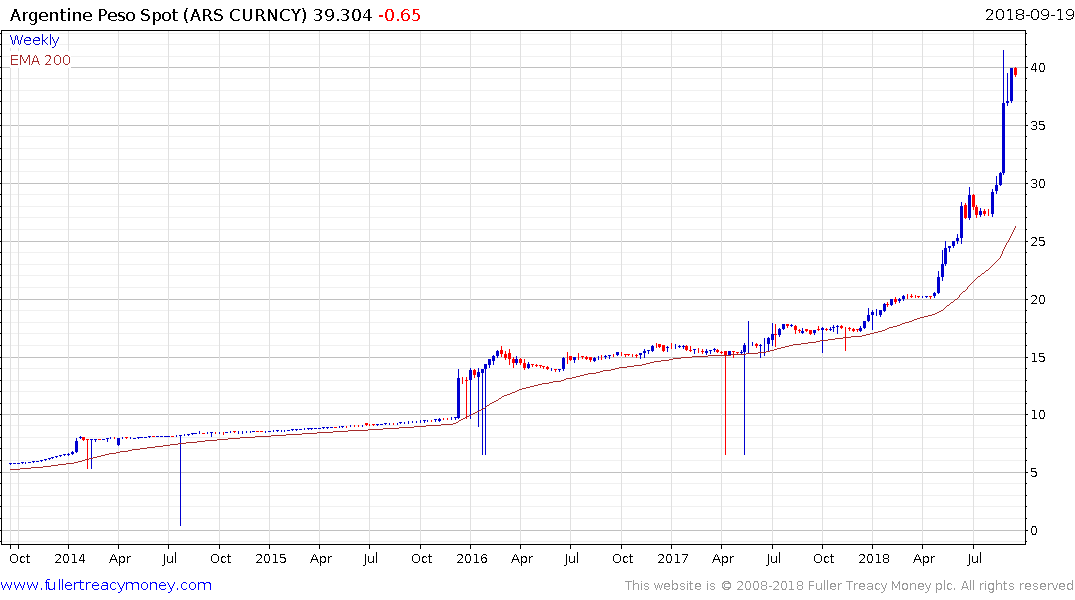 The Argentine Peso continues to pause around the ARS40 level versus the Dollar; supported by 60% 7-day interest rates. 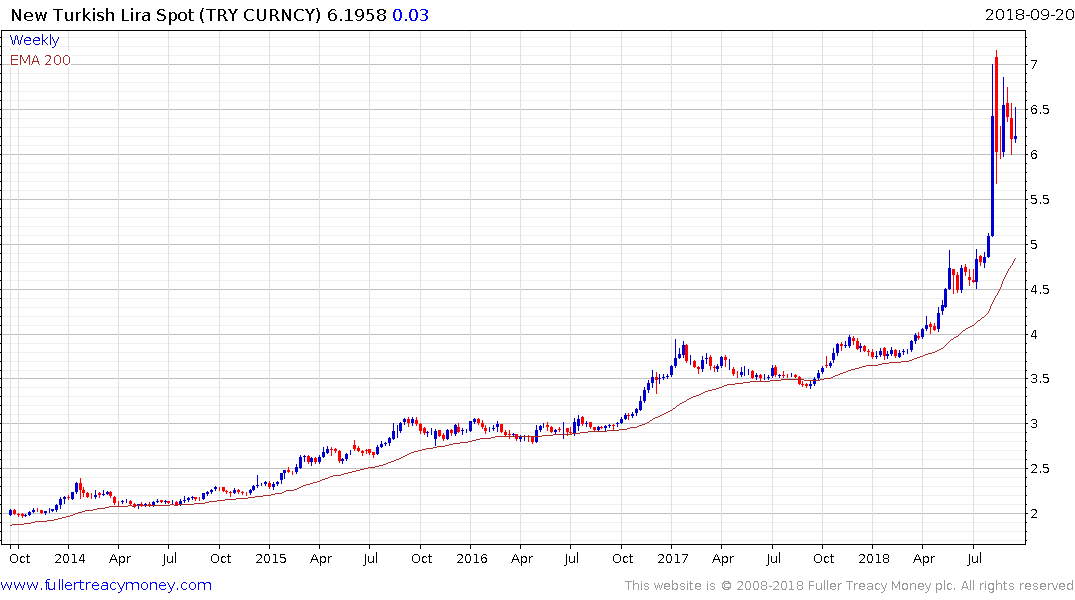 The Turkish Lira has posted a higher reaction low from the TRY7 and is now supported by 24% 7-day interest rates. 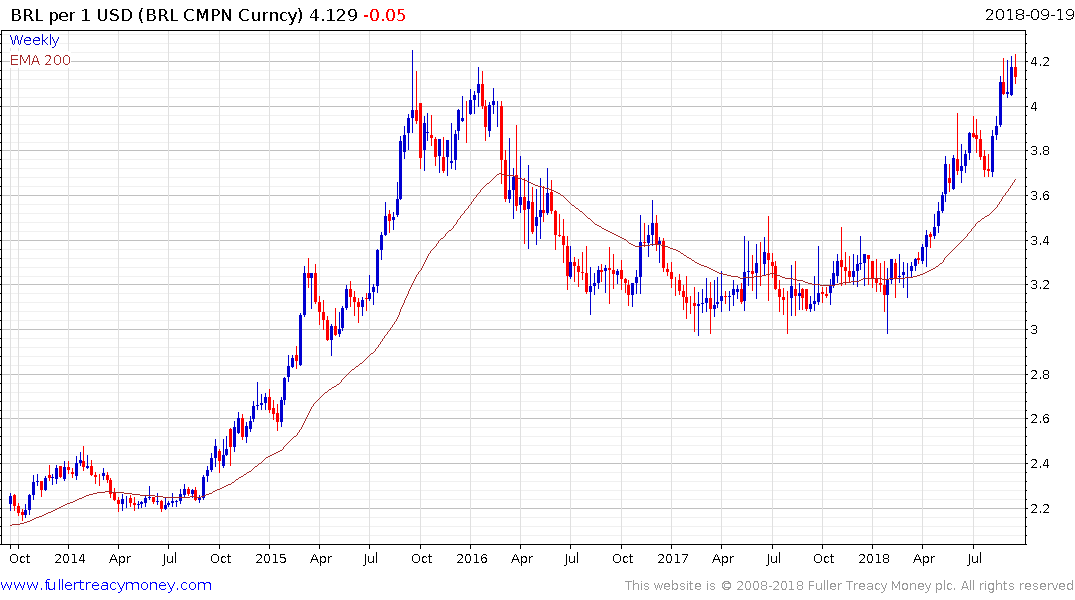 The Brazilian Real has been the 3rd worst performing currency this year and has stabilised in the region of the 2015/16 lows. The Brazilian central bank has not raised interest rates to arrest the decline but the prospect of a right-wing candidate winning the upcoming election is helping to bolster the currency. It will need to sustain a move below BRL4 to confirm a return to demand dominance beyond the short term.