There hasn’t been a new major gold discovery in three years and the volume of new discoveries has been declining for a decade. Since mining is an extractive industry this represents a problem because if a miner is to persist, they need to replace reserves. 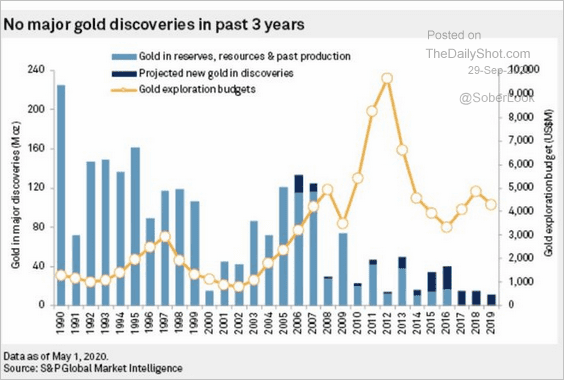 If new major finds are becoming more difficult to find miners have a choice. They either need to come up with a new way of finding or they need to spend a lot more money to double down on the traditional way of doing it.

Institutional investors already view gold miners are capital destroyers because they have a tendency to pay record prices at market peaks. Exploration is inherently uncertain and drilling programs are expensive. Major miners are therefore in a difficult position when it comes to finding now medium sized candidates.

The pharmaceuticals sector experienced a similar challenge with drug discovery. Their solution was to outsource discovery to the biotechnology sector. Today a whole industry has evolved where small companies attract capital, on the expectation they will be bought out a premium if a drug candidate is successful.

Technology has evolved significantly to facilitate drug discovery at least partially as a result. Genetic sequencing and editing, rapid prototyping, testing, synthesising and evolving big data solutions are all aimed to aiding in drug discovery because the pay-out is assured when a solution is to an existing problem is found.

There is ample scope for technology to be deployed in aiding the discovery of new resources. This article from two years ago covering data collected by a satellite launched in 1972:

In his dissertation, Nagaraj took the regions of the planet that were most extensively mapped in Landsat’s first 15 years and compared them to a private, hand-collected database of major gold discoveries dating back to the 1950s. Controlling for variables like the price of gold and the level of financial support for mining in each country, he found that Landsat maps doubled the likelihood of new gold discoveries in the areas they covered.

Advanced geophysics and modelling have been most actively deployed in the energy sector. The fact oil is a consumable product versus the permanence of gold has long been a factor in favour of investing in oil since there has until recently always been growth demand for more. The additional challenge for explorers is they are limited by property rights. Just because you know where to potentially find gold does not mean you get to drill in that location.

Nevertheless, it appears inevitable more technology will be deployed in the mining sector. Growing demand for assets sitting outside the financial system and potential for supply inelasticity represent a significant tailwind for explorers. 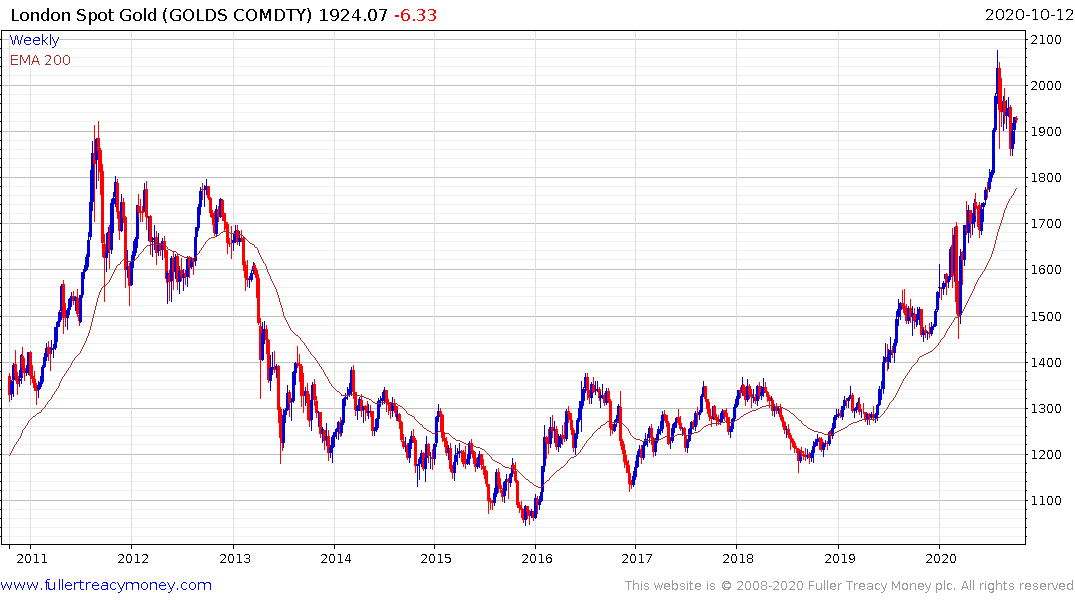 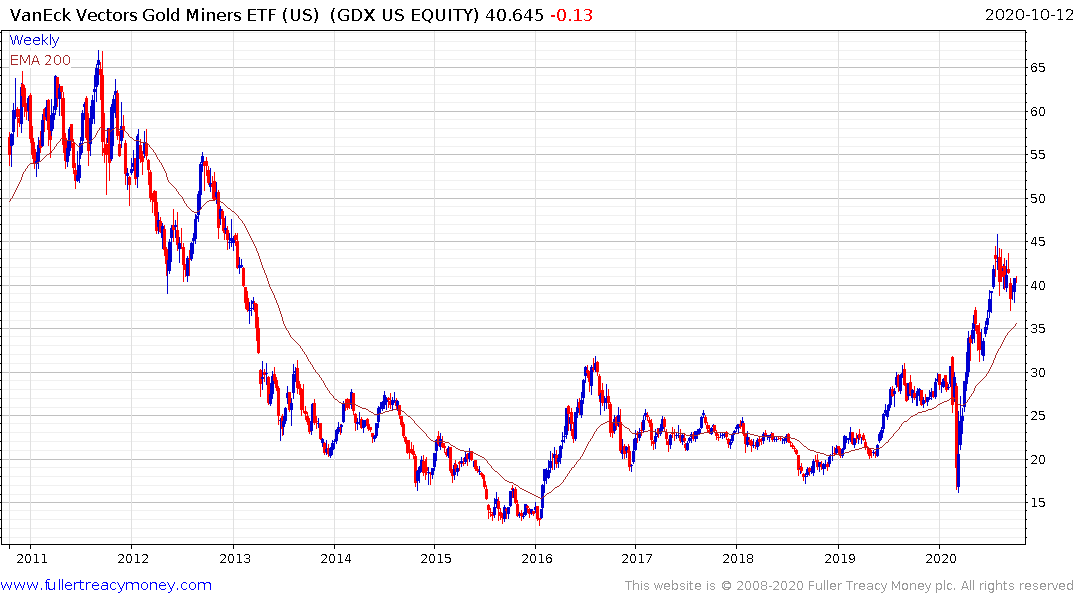 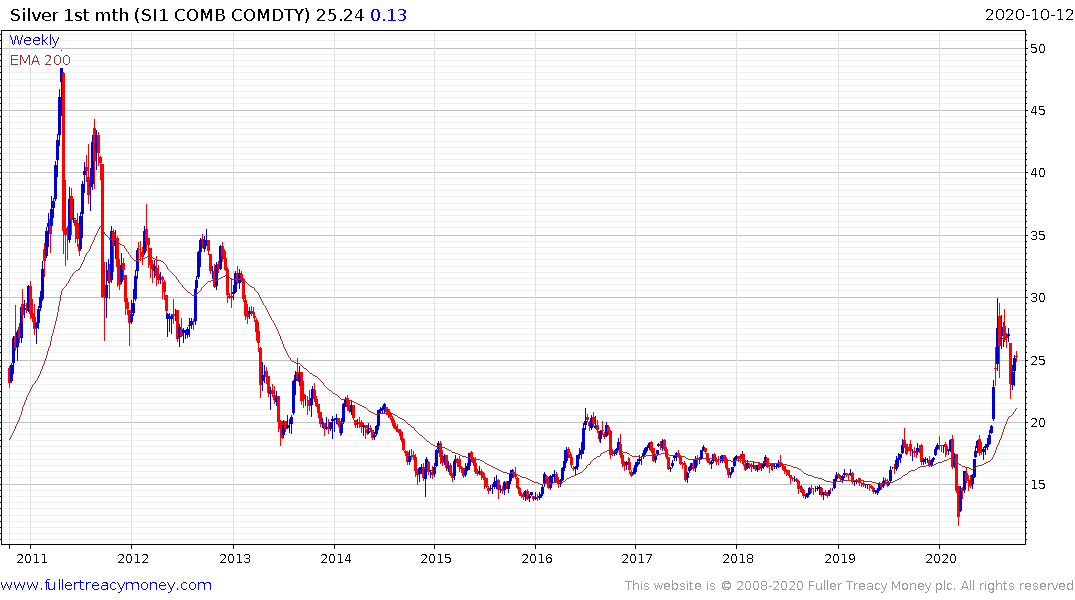 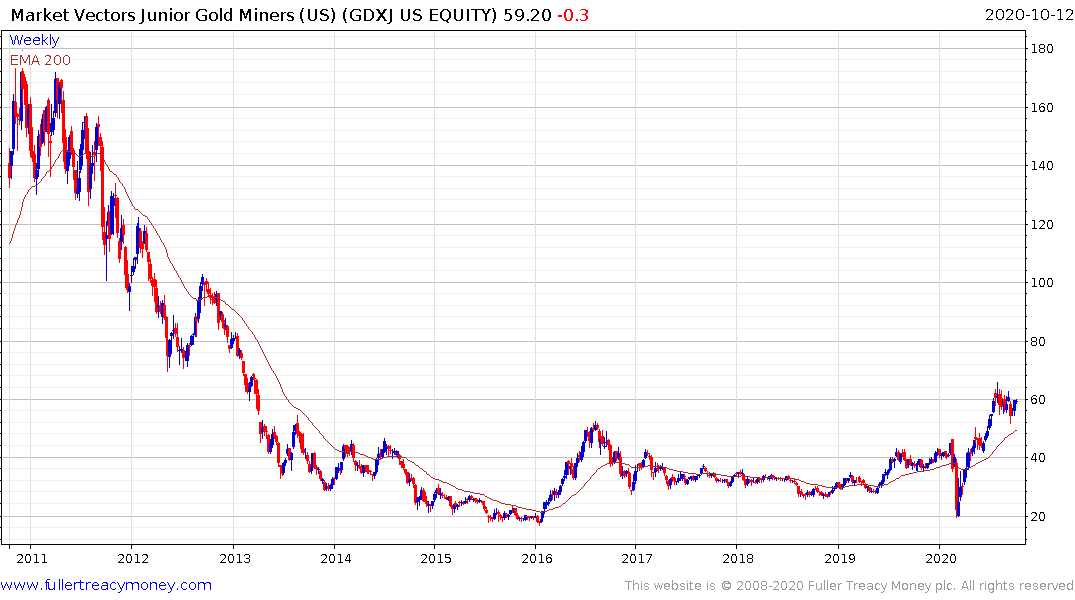 From an investment perspective a clear sequence of events is clear. Gold, gold miners, silver and junior gold miners broke out one after another. 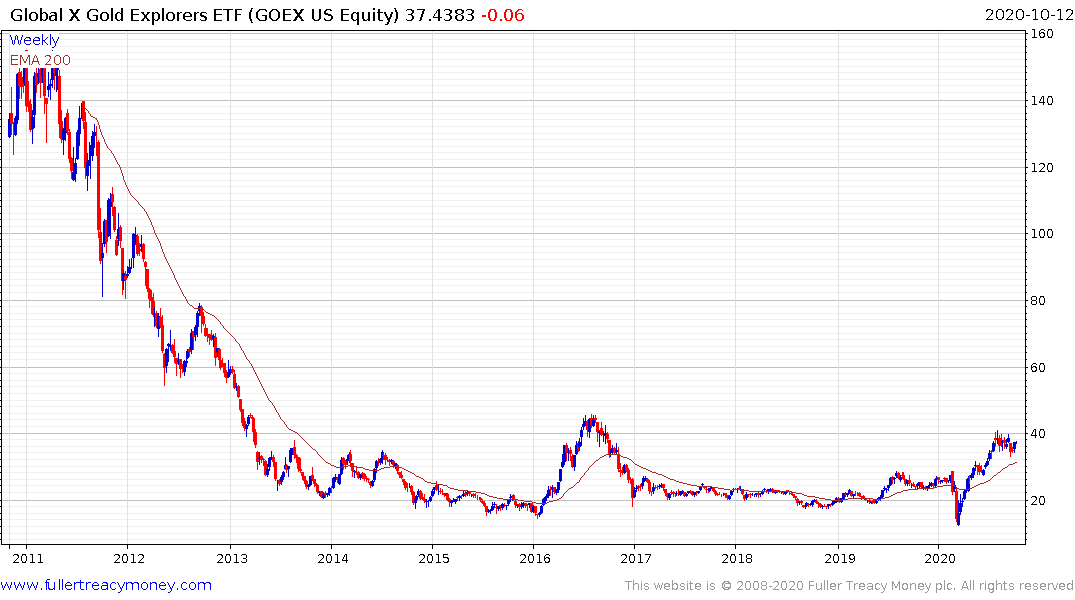 The Gold Explorers ETF may be next. It is now testing the upper side of a six-year base formation.