“Nobody wants to go over 140%,” Di Maio said during an event in Florence. “Otherwise, the debt-to-GDP level would be out of control.” He added that some investments could be financed by increasing the deficit level provided that it boosts economic output, limiting the debt ratio.

"I think that 130% is already a lot," European Commissioner for Economic and Financial Affairs Pierre Moscovici told reporters in Brussels when asked about Italy’s debt.

Italy has a domestic economy that is struggling and a group of high-profile exporters heavily reliant global growth. Trade war worries are weighing on sentiment particularly as the populist government seeks to modestly breech EU fiscal deficit limits.

The bigger picture is the populist impetus was blunted by the prospect of rising yields in exactly the same way as Greece’s populist fiery rhetoric was doused.  The fiscal strait jacket is still in place but the quid pro quo is the ECB will continue to buy Italian debt and depress yields. 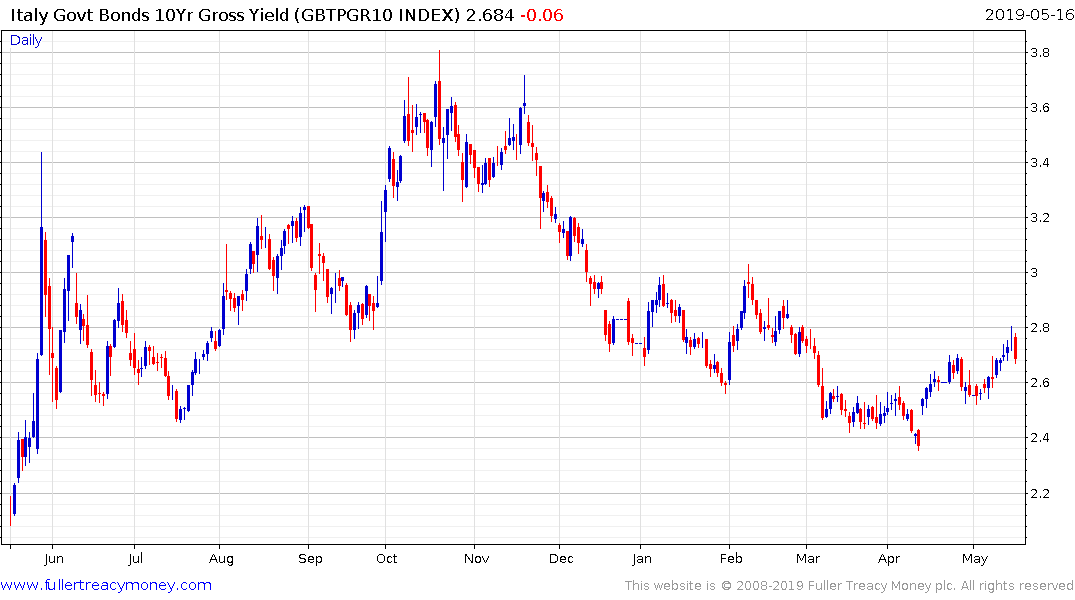 10-year BTP yields pulled back today from the region of the trend mean and a sustained move back above 2.75% would be required to question demand dominance. 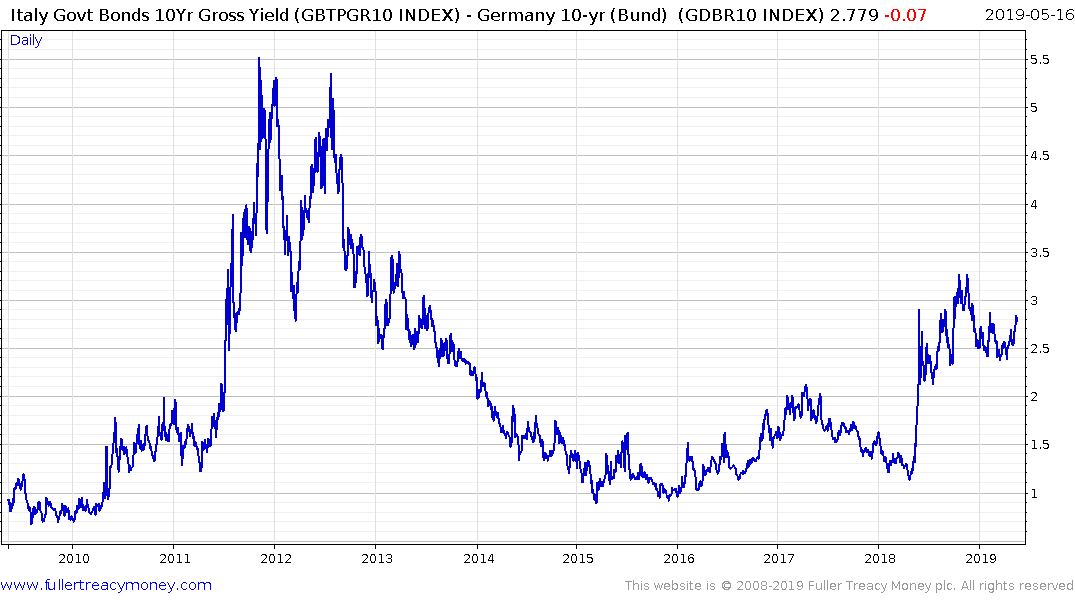 The spread over Bunds has been ranging between 250 and 325 basis points for a year but a clear deterioration in the political environment would likely be required to catalyse selling pressure. 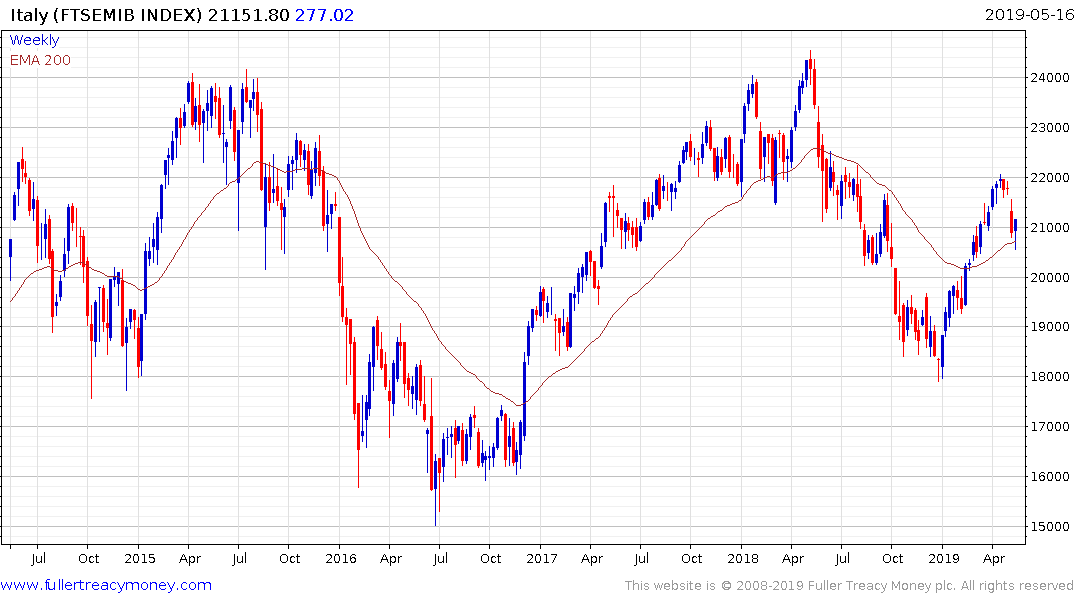 The FTSEMIB Index is bouncing from the region of the trend mean, right along with just about all European stock markets.