Deutsche Bank was involved in about 180 regulatory proceedings and about 1,000 lawsuits, each involving claims of more than 100,000 euros ($136,580) against the company at the end of the first quarter, Chief Financial Officer Stefan Krause told shareholders today. He declined to say how long it will take the bank to clear the cases or quantify their final cost.

Deutsche Bank, which announced four days ago that it will raise 8 billion euros from investors, says capital is needed to meet stricter regulatory standards and grab market share in fixed income. Legal costs, which totaled 3 billion euros last year, have hampered efforts to build capital as the firm faces probes along with other banks for allegedly manipulating benchmark interest rates and currency markets.

The fallout from the credit crisis has resulted in much greater scrutiny of banking operations. European banks in particular remain focused on rebuilding their balance sheets which has curtailed their ability to lend. 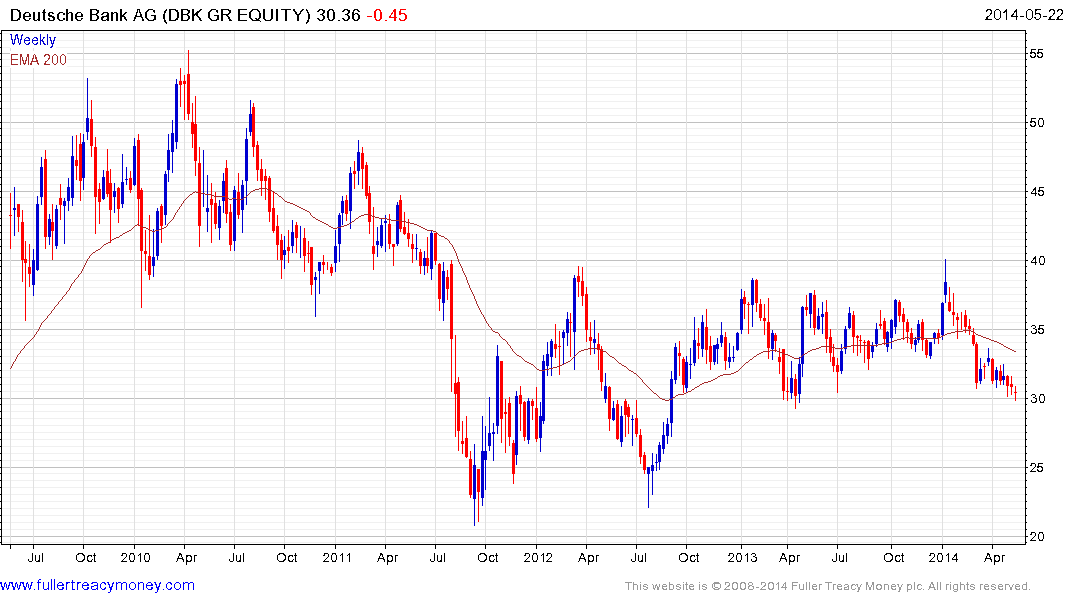 Deutsche Bank has been ranging mostly between €30 and €40 since 2012 and has returned to test the lower side. A clear upward dynamic would confirm the return of demand in this area.

Increased scrutiny has represented a field day for the legal profession with a number of funds launched seeking to raise capital for litigation. This article from the New York Times from earlier this year may be of interest on that 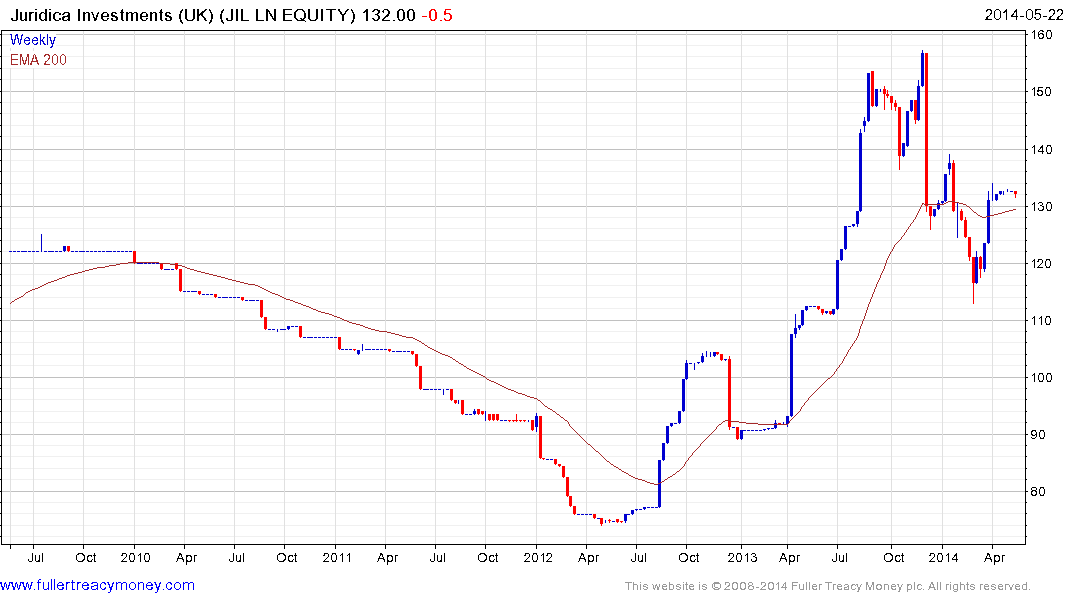 London listed Juridicia Investments rocketed higher last year but the uncertainty of outcomes in such cases is now being priced in and the share hit a medium-term peak in December. A sustained move above 140p would be required to begin to suggest recovery potential.