(The work of laying sewerage facility in 162 U/A colonies is in progress. Out of total 9500 km appx. sewer to be laid, action for laying 407 km appx. is being taken up in current Financial Year)

Sale of dry Sludge: lot  of  dry  sludge(manure) is being produced regularly at various Sewage Treatment Plants  of  Delhi  Jal  Board  as  a  by-product  .   This  manure  being  rich  in  nutrients  i.e Nitrogen,  Phosphorous,  Potassium  and  other  valuable organic  matter  is   quite useful for agriculture as a fertilizer and a soil conditioner.  This  manure,  is  henceforth  available  Free  of  Cost to  the  intending consumers  from  DJB’s  Sewage  Treatment  Plants.

One of the reasons Narendra Modi attracted so many votes was because people despaired that progress on infrastructure would ever be achieved. It will be argued in some quarters that the measure we are now seeing the fruits of were introduced in the late stages of the last administration, but Modi will still probably get the credit. India needs vital infrastructure like water, sewage, roads, rail, ports and electricity to drive economic growth and to attract manufacturing. It’s an ideal time, with commodity prices still reasonable but it will have to move quickly because the pace of technological innovation is changing the paradigm of how growth was achieved in past cycles. 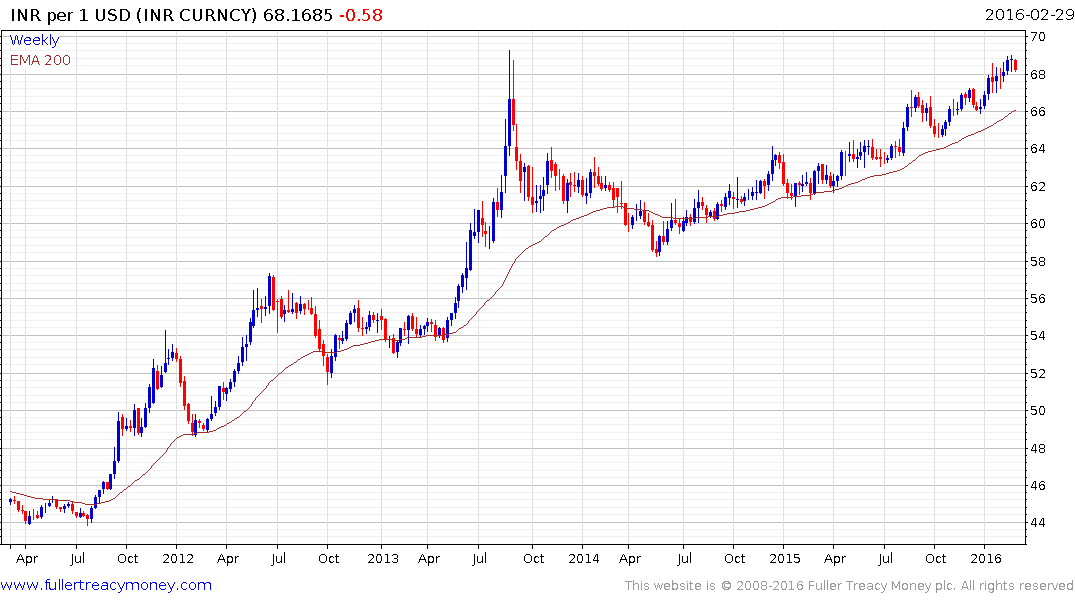 The Rupee steadied today from the region of its 2013 nadir and potential for some additional steadying has improved. Nevertheless, the central bank wants a weaker currency over the medium-term and a sustained move below the trend mean would be required to question that view.

The Nifty Index has a similar oversold condition and also steadied today. Potential for a reversionary rally has improved but a sustained move above the trend mean, currently near 7800, would be required to suggest more than near-term support has been found.