December Kicks Off Record Warmth in U.S. Great Plains
Comment of the Day

December began with record warm temperatures across the central U.S. and the promise of seasonally balmy weather for weeks ahead, holding down natural gas consumption when the world struggles with high fuel prices and inflation.

Denver reached 73 degrees Fahrenheit (22.8 degrees Celsius) on Wednesday, a record for the day, while new highs were also set in North Platte and Broken Bow in Nebraska, Bismark, North Dakota, and Rapid City, South Dakota, according to the National Weather Service. Overall, it looks like mild temperatures will dig in across the eastern two-thirds of the U.S. through at least Dec. 16.

December will likely be the third warmest going back to 1950 based on natural gas consumption, said Bradley Harvey, a meteorologist at commercial forecaster Maxar. Some of those mild trends may start to spill over into Europe and Asia as well.

“The European pattern should warm up in the middle third of the month,” Harvey said.

Atmospheric and Environmental Research updated its winter forecast earlier this week, calling for more mild conditions across the U.S. The outlook for warmer weather has killed bullish expectations that sent natural gas prices surging to the highest level in seven years in October. Traders were betting that inventories were too low to withstand a harsh winter. But warmer conditions have eroded heating demand, allowing producers to refill stockpiles to near normal levels.

I was playing tennis last night in shorts and t-shirt. It felt more like an early summer evening in Dallas than early December. That balmy weather extends across much of the USA and has contributed to natural gas prices fully unwinding the short-term overbought condition relative to the trend mean. 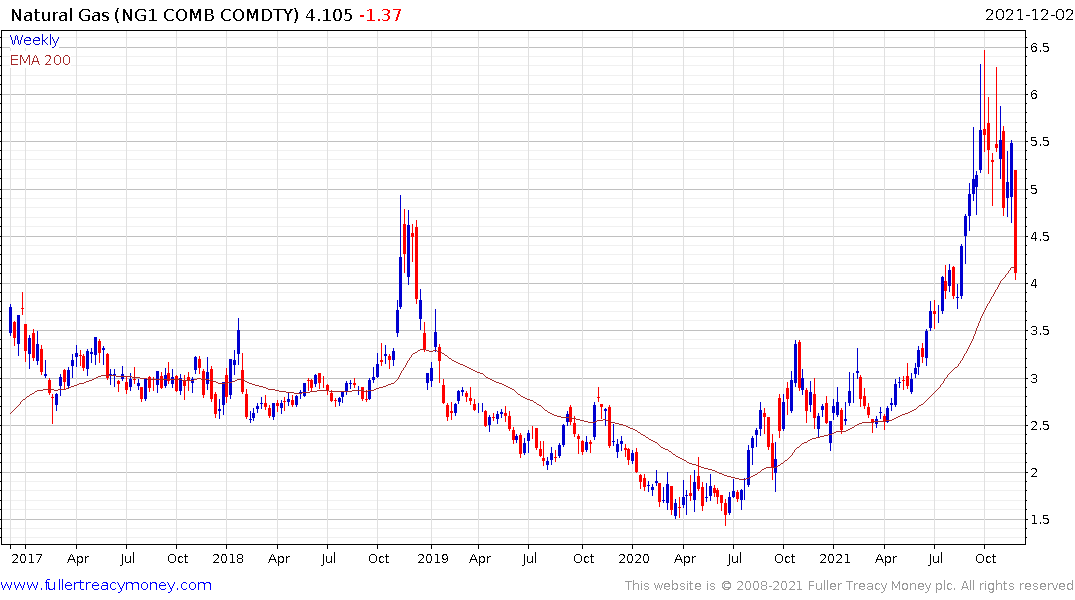 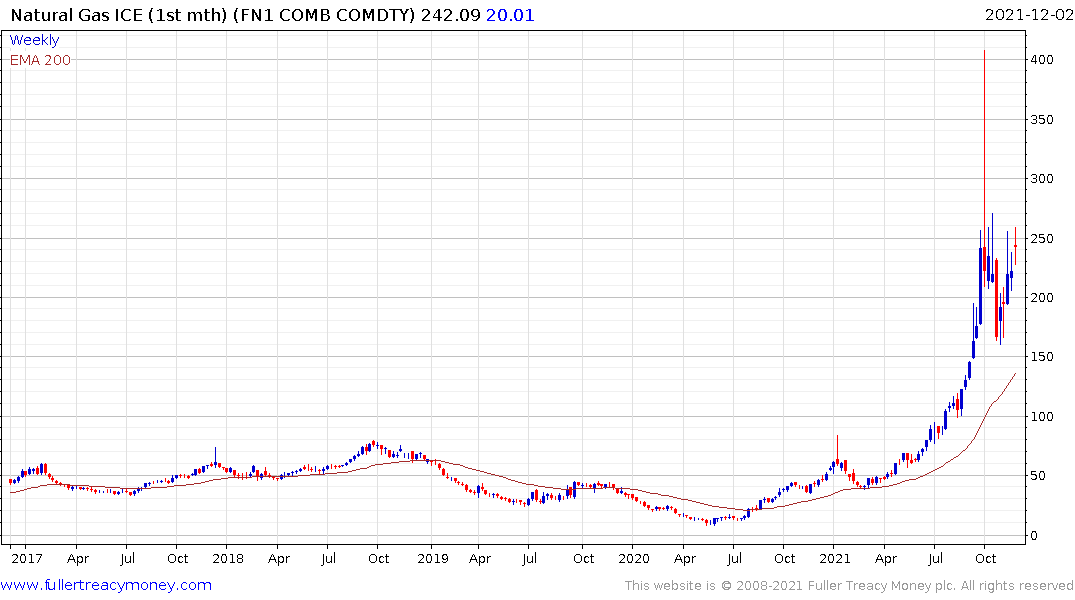 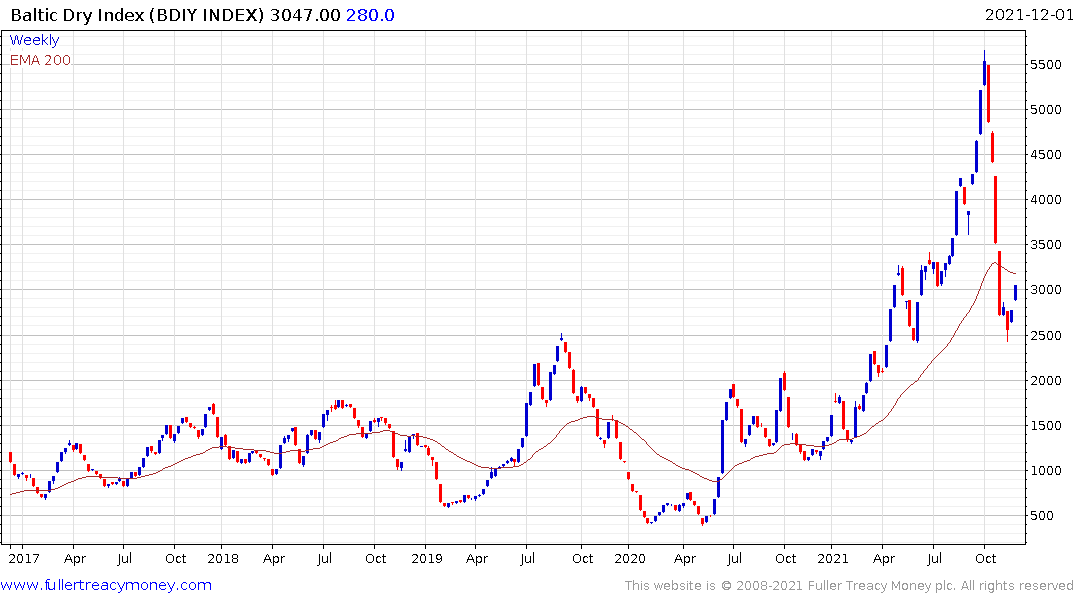 That’s encouraging US exports and has been a contributing factor in the Baltic Dry Index finding support this week.

Confirmation of a new trend is a higher reaction low, following the initial breakout. We’ve seen that phenomenon in many commodities this year and we’ll likely see it in inflation data next year.