David Hume & The PBOC: He Who Laughs Last
Comment of the Day

David Hume & The PBOC: He Who Laughs Last by Eoin Treacy

Here is a link to the full article and here is a section from it:

Price distortions in China are undermining returns on capital and spurring capital outflow. In China many selling prices can be adjusted by state-run industry where prices are mandated not by the search for good returns on capital but the pursuit of the Chinese Communist Party for social stability. Such prices can keep a current account more competitive than it would otherwise be. However, by driving down returns on capital, it also drives out capital. When this is combined with PBOC action to keep broad money growth and prices too high, returns for capital are depressed. While Hume focused on the flow of goods and their role in altering the external account in China, it is private capital that flows out in response to the over ‘fullness and repleteness’ due to price distortions and the ensuing poor returns on capital. The need to control prices is indicative of a more general need for control by the Chinese state. Savers know the negative consequences of such control and are removing their savings as fast as they are able. The drive for greater control, seeming of every fact of life in China, will contribute drive savings and people from China. That exodus is not compatible with growth and inflation and a stable exchange rate.

The control the Chinese government holds over the banking sector and the various modes of production afford it a great deal of leeway in dealing with the massive build up of debt over the last decade which has fuelled continued growth in the economy. The only way that system is sustained is by containing domestic savings within the financial system. Capital flight is the biggest threat to the status quo in China’s economy which is why the government is investing so heavily in every imaginable form of control. Nevertheless, it is next to hear impossible to stop motivated individuals from moving capital overseas. 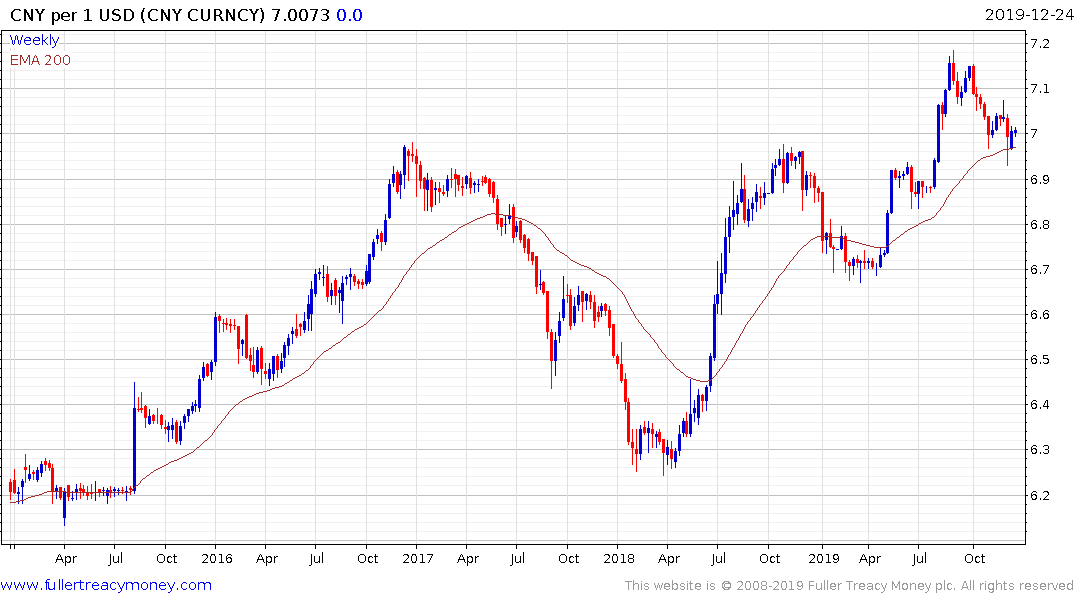 The Renminbi continues to hold the break below CNY7. A clear and sustained move above the trend mean would be required to begin to question the weakening trend for the currency.

The points made in the above note are medium-term in nature. The potential for a hiatus in the trade war to deliver improving sentiment and the additional Chinese bonds to international benchmarks suggests near-term scope for a reflationary trade before the debt issues become truly pressing. What that also means is China is more a trader’s market than an investor’s market. 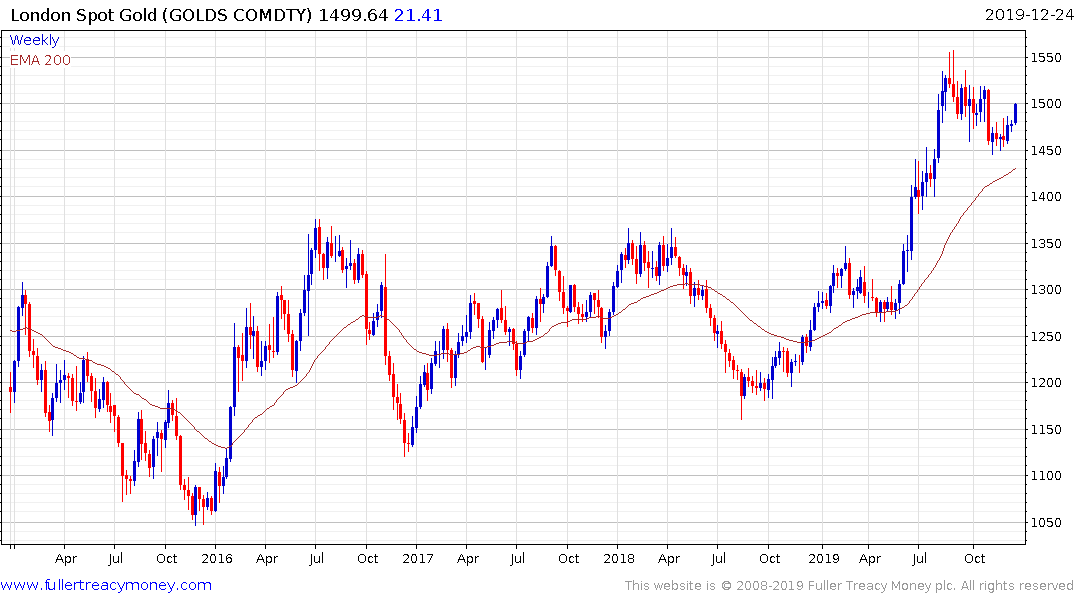 Meanwhile, gold offers a perspecitve on global demand for a hedge which suggests investors are voting with their feet.