CVPR 2021 Workshop on Autonomous Vehicles
Comment of the Day

Creating a high-definition map, and using lidar to make the driving decision is not a scalable solution. It is ridiculously expensive to rollout that solution to the world. Tesla is going the other way. It is relying on the computer’s ability to do on-the-fly calculations and make decisions. This video goes into quite a lot of detail on the decision to stop installing radar on new vehicles.

The speed with which cameras are being improved and the ability to process the information is totally dependent on machine learning and graphics chips. That’s the primary reason Nvidia continues to outperform in the semiconductors sector. 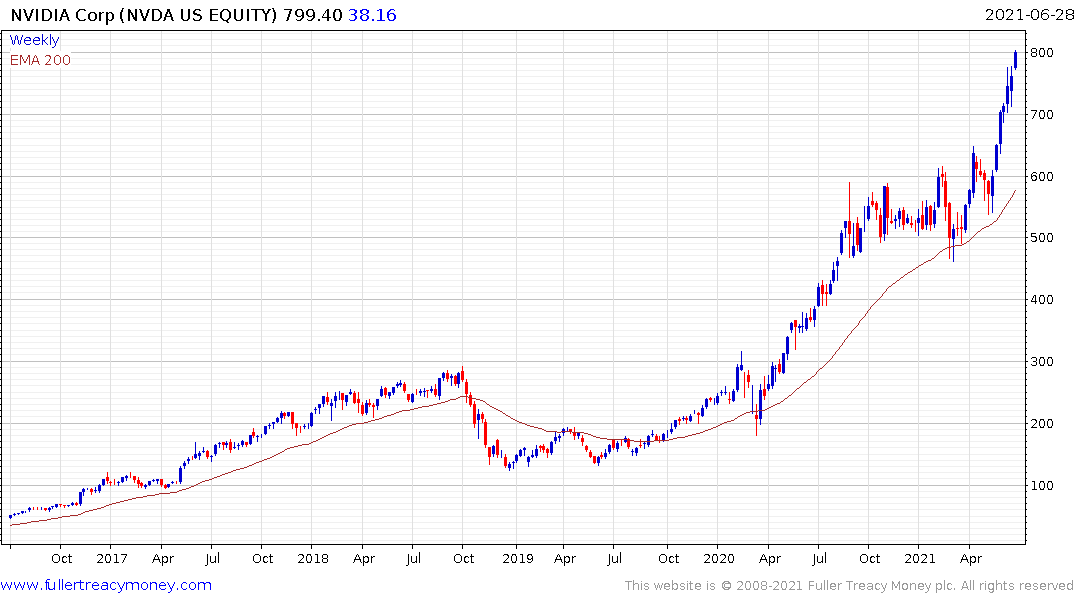 Teaching the car to learn depth perception is a massive challenge. Tesla has a pool of data it collects from every car it sells so it at least has the resource to train the system. That’s more than any other competitor. According to the video they are also using the one of the world’s best supercomputers to do the calculations. 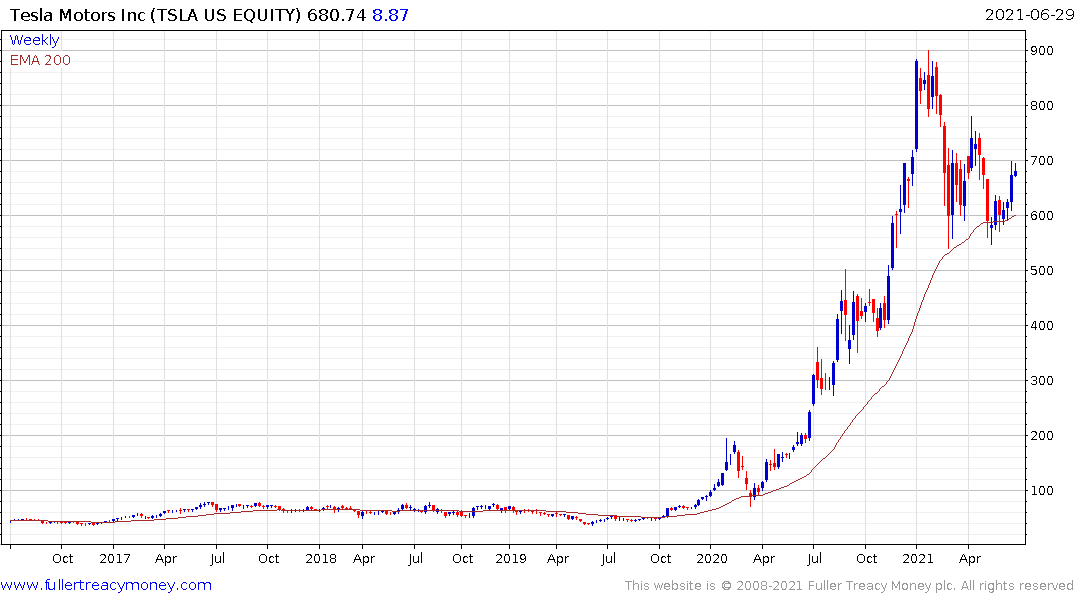 Tesla’s valuation is heavily dependent on delivering autonomous driving. The share has been steadying in the region of the trend mean for the last month and will need to continue to hold the $550 area if the trend is to remain reasonably consistent. 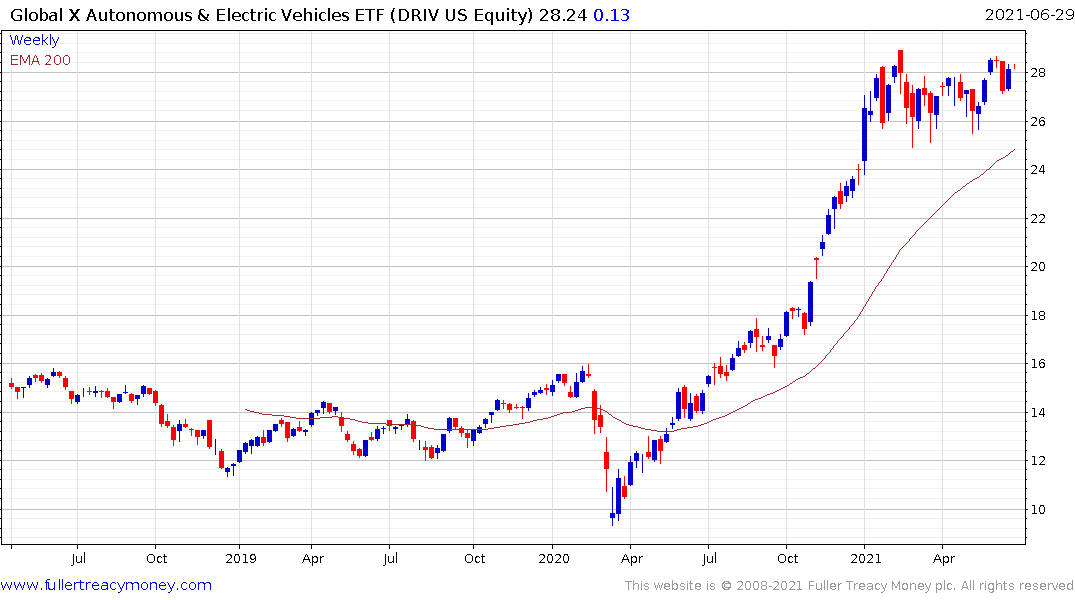 The Global X Autonomous & Electric Vehicles ETF is testing the upper side of its year-to-date range. 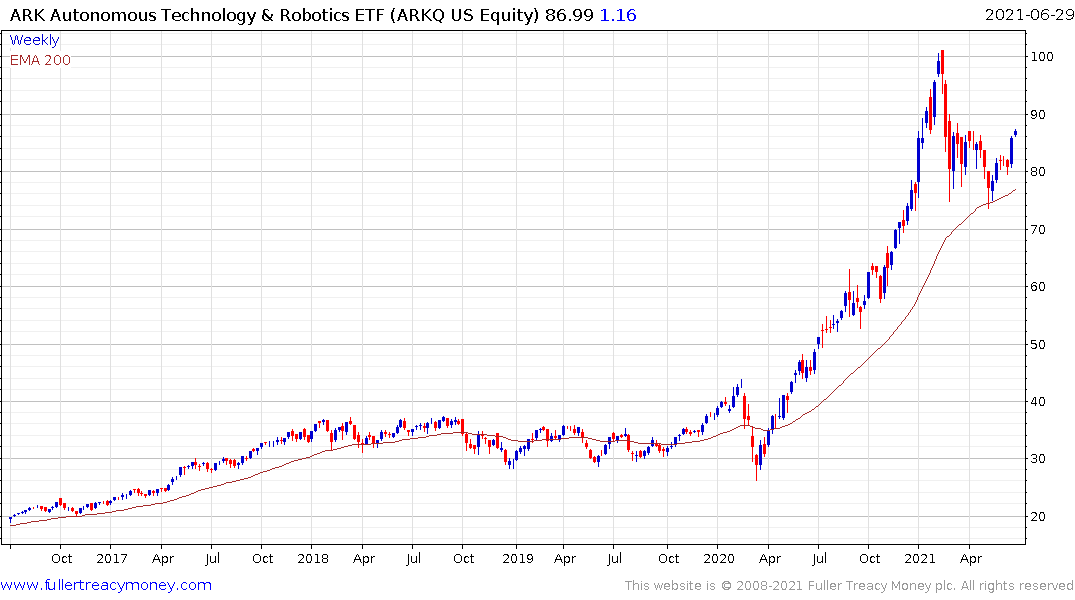 The ARK Autonomous Technology & Robotics ETF is currently bouncing from the regino of the trend mean.