This may in part be a reaction to the bad PMI data and the equity market sell-off we have seen," said Michelle Lam, a greater China economist at Societe Generale SA in Hong Kong.

“They’re trying to restore market confidence and need to ease credit conditions to boost lending to the private sector and because of high seasonal demand for cash.” China’s manufacturing purchasing managers index fell into the contraction territory last month, the weakest since early 2016. Early indicators for December signal the economic slowdown is deepening, after official data showed industrial production growth was the weakest in a decade and industrial profits fell for the first time in almost three years in November.

“How much can this help the economy remains to be seen,” said Tao Dong, vice chairman for Greater China at Credit Suisse Private Banking in Hong Kong. “The central bank has been handing liquidity to the banks, but the banks are unwilling to lend. This is a classic case of banking disintermediation amid the down cycle.”

China’s bank reserve requirements have been cut significantly over the last few years with little sign just yet that the banks are willing to voluntarily take on more risk. That is particularly true for the corporate sector now that defaults are a reality.

Bull markets in China tend to be state sponsored and tailored responses are unlikely to be enough to change the tide of apathy towards the market beyond a short-term bounce. 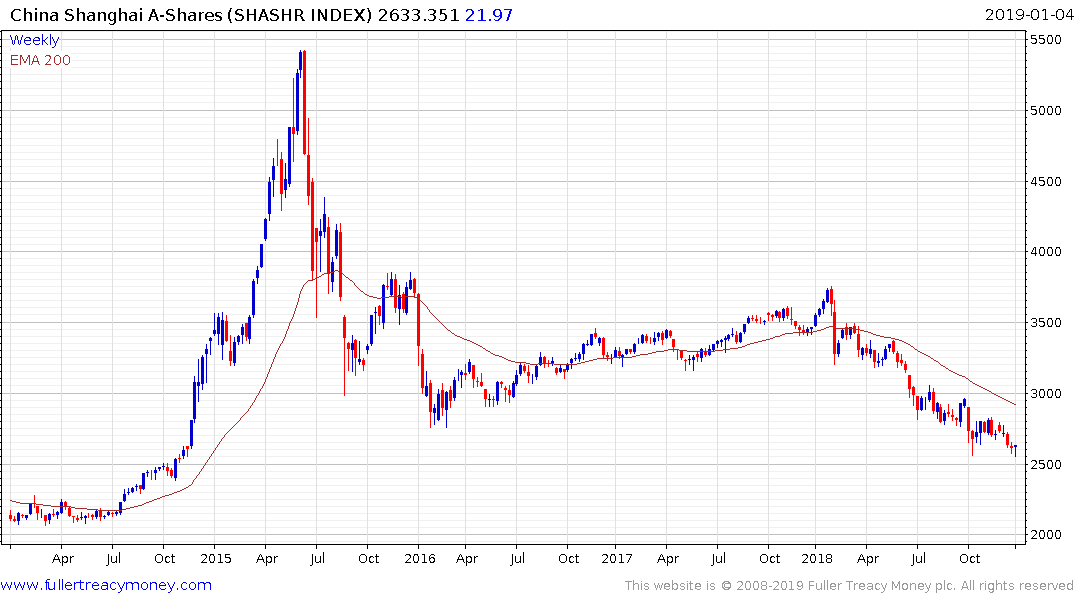 The Shanghai A-Share Index bounced from the region of its October lows but will need to break the sequence of lower rally highs to question the medium-term downtrend.