“News that the Trump administration may clamp down on crypto might have been a trigger for the drop,” said Antoni Trenchev, managing partner of Nexo in London, which bills itself as the world’s biggest digital-coin lender. “But any asset that rallies 75% in 2 months and 260% from the March lows is allowed to undergo a correction.”

Other coins including XRP tumbled as much as 27%, according to prices compiled by Bloomberg.
After garnering more support from Wall Street money managers and fund providers, the rally in cryptocurrencies had looked over-heated. The fierce retreat could stir yet another debate over their value in diversifying portfolios.

At its peak there was a question whether bitcoin would consolidate like any other asset or would its momentum take it immediately on to new highs. The answer was delivered late Wednesday with a clear downward dynamic which checked momentum. The threat of regulatory intervention in the cryptocurrency market is always a risk unfortunately. 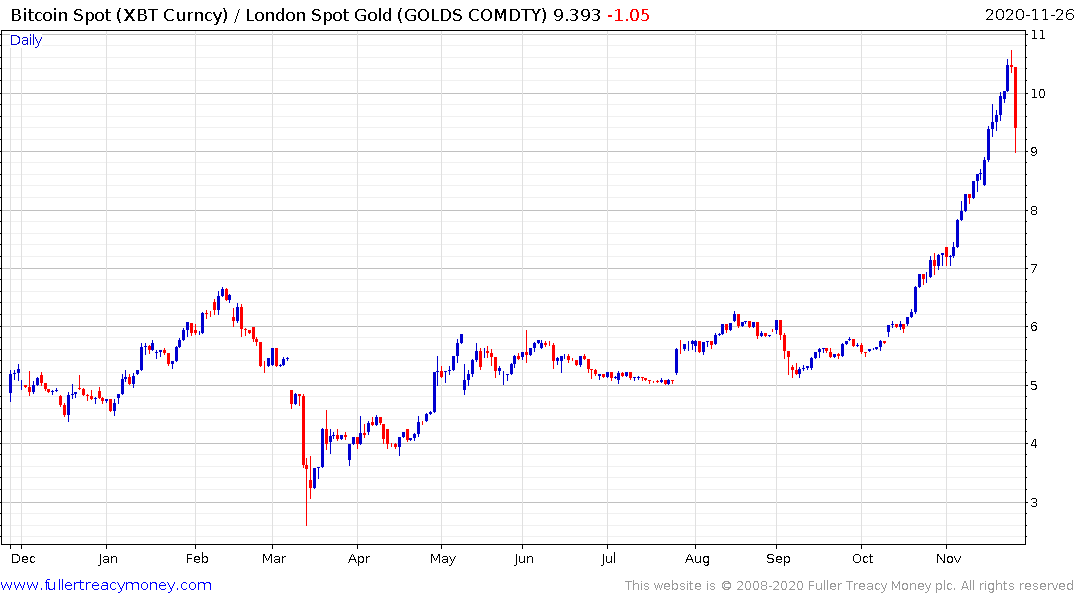 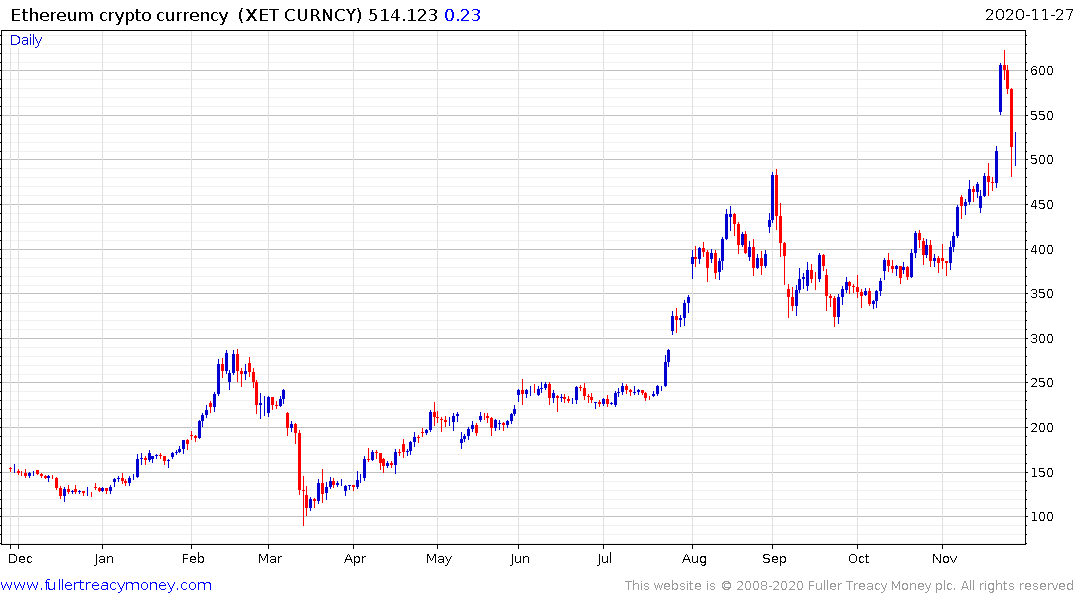 We should ask how high a priority does the cryptocurrency sector play in the calculations of a current US administration in the throes of a major transition? Perhaps more importantly, how much can they do to control or deter interest beyond tinkering at the edges. Efforts to take back the monopoly on currency/value creation is not a one-month job it will require a significant concerted effort. Therefore, what we are seeing at present is likely a consolidation. Nevertheless, I have introduced a stop on my trading position in Ethereum.