CPI Is Old News; Focus on Growth
Comment of the Day

CPI Is Old News; Focus on Growth by Eoin Treacy

The consumer has spoken...last week, the University of Michigan Consumer Sentiment Index registered its lowest reading since 2011 largely due to high prices combined with lower real income and household net worth. We continue to see depressed consumer sentiment, high prices, and negative real wage growth posing a risk to consumption in the first half of this year. As we have noted, we think the risk is much more material with respect to goods than services, which have relative tailwinds from pent-up demand and the post-omicron reopening. The S&P 500's disproportionate weight toward consumer goods vs. consumer services (which is particularly apparent in the Discretionary sector) makes this more of a market risk than an economic one, at least for now.

Inventory/sales for durable goods starting to trend higher...as it becomes revealed that demand is slowing more than expected, order books should shrink and excess inventory will build. Indeed, that is already happening as the wholesale inventory/sales ratio for durable goods is now rising. This data lags and only runs through December. Our expectation is that the post-holiday Jan/Feb data points here will indicate a continued pick up in this ratio.

...And the market isn't waiting around for the engraved invitation...the relative performance for companies with a high y/y rate of change in inventory/sales ratios is breaking down. We think this is indicative of the idea that the market is starting to get in front of this growing risk, which fits very nicely with our Ice narrative.

4Q earnings...Companies that have missed earnings estimates have fared very poorly this earnings season as the market has proven far less tolerant versus the third quarter. The market has given companies that beat estimates a modest reward with the median company trading up 1.1% after reporting. The median company that missed estimates has traded down 3.2% on reporting day and 2.4% in the three days that follow. We think this dynamic will be in play for much of the 1H of the year. As growth slows, the market is likely to favor high-quality companies with earnings stability and a strong ability to execute.

Q4 earning from the major cloud companies impressed but guidance was much less enthusiastic. Shares of Amazon, Google and Microsoft initially bounced on that their earnings and subsequently gave up much of their advances. They are now steadying once more. 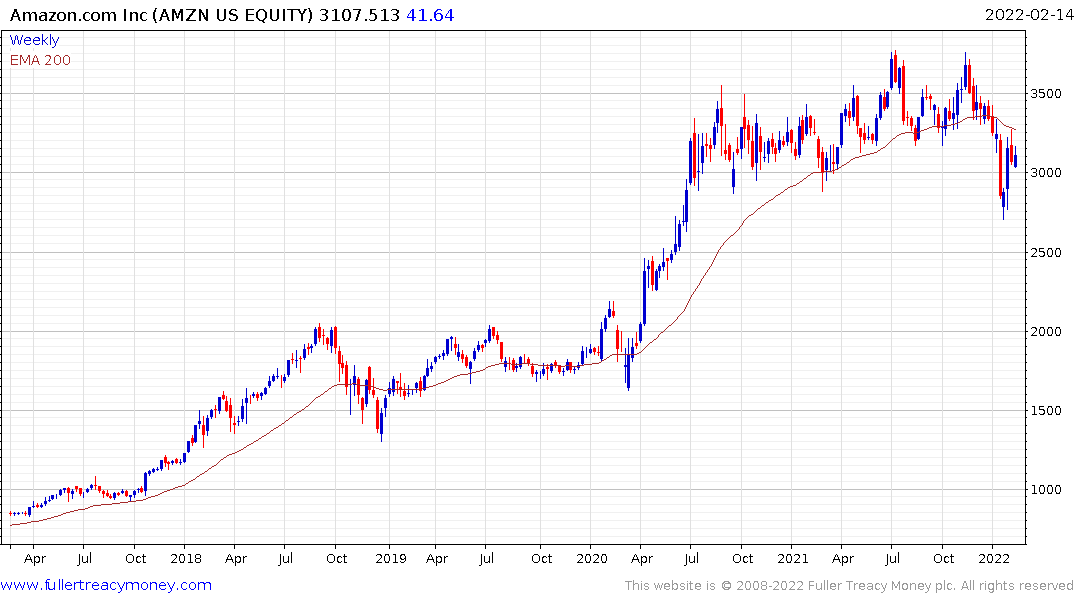 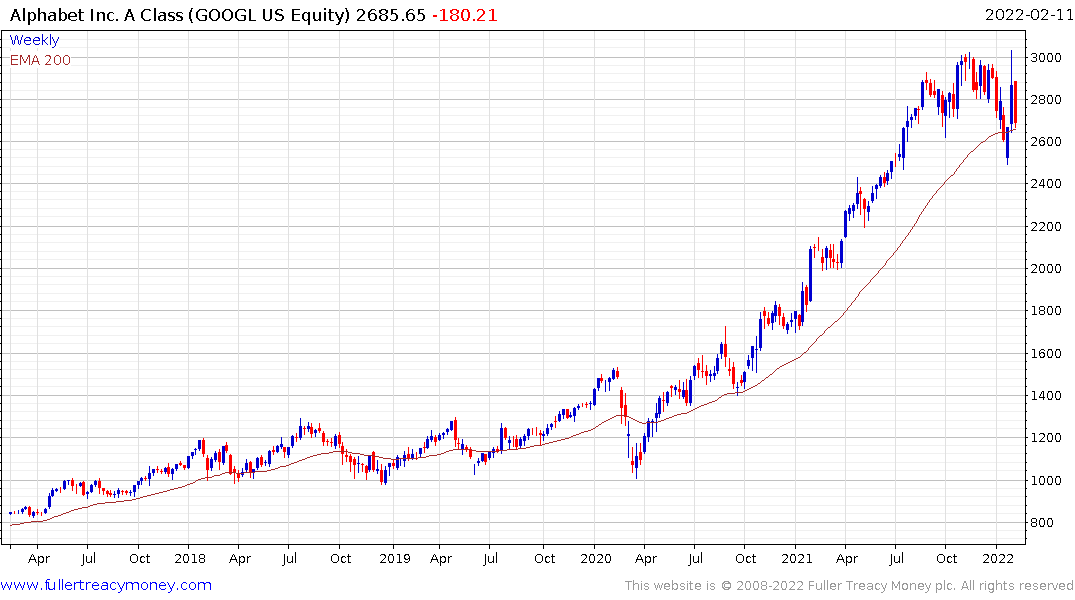 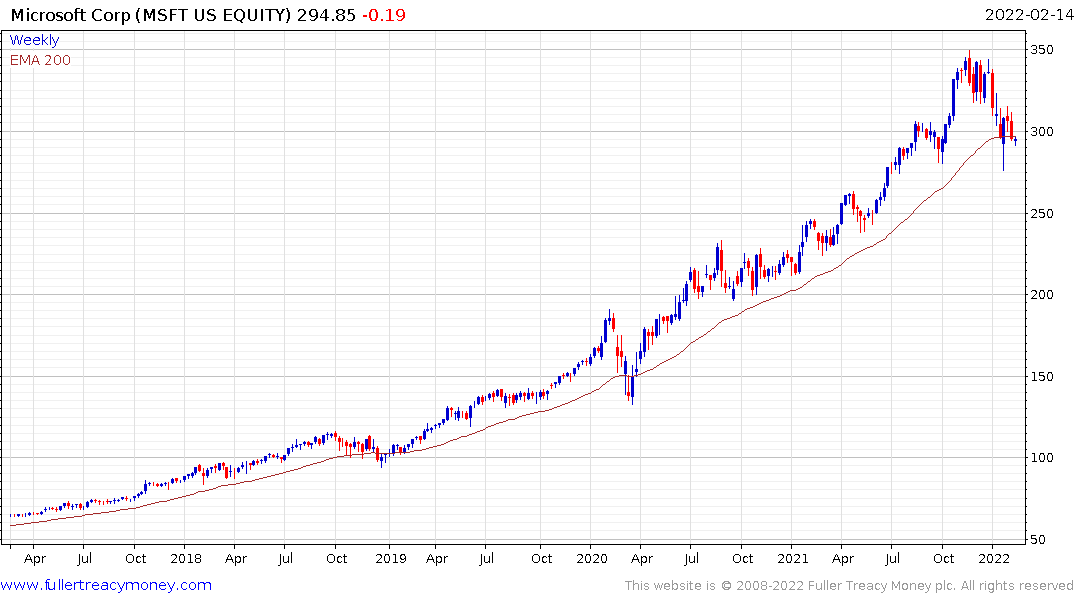 Since we remain in a corrective phase, investors are more likely to adopt a “what have you done for me lately” mindset. They will be looking at the sustainability of growth as bond yields rise and spreads widen. 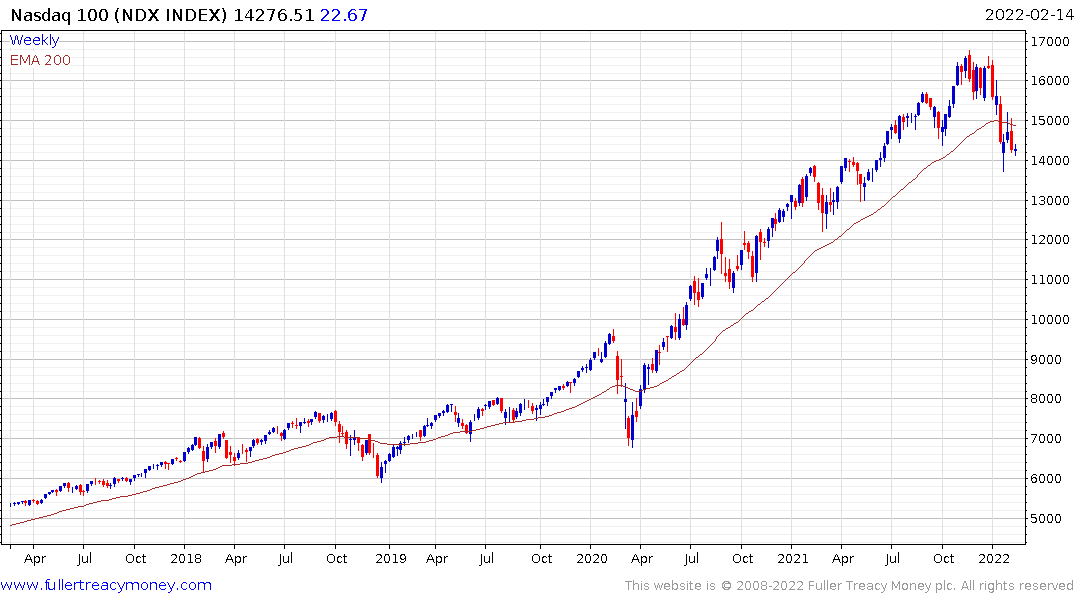 These three shares are attempting to build support above their respective lows. The Nasdaq-100 is attempting to steady above the January lows as well.

These companies have been among those with the fastest earnings growth over the last decade and remain integral to the smooth running of many economies. For many that means they qualify as defensive plays. 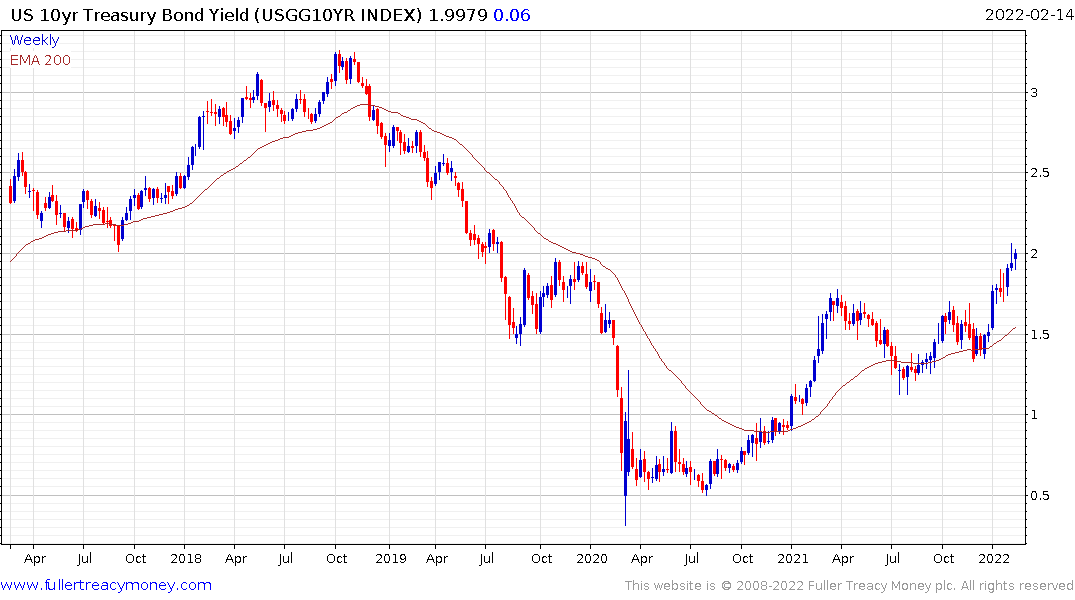 The challenge is their customers, particularly the high growth/zero profit segment of the market, are very susceptible to rising borrowing costs. 10-year yields continue to pause in the region of the psychological 2% level, but there is nothing on the chart to say this trend will not continue higher.

The significant underperformance of shares like Moderna and Pfizer suggest investors have already moved from treating COVID-19 as a pandemic to an endemic threat. That suggests the path towards an attempt to normalise policy is also being priced in.

The Nasdaq-100 will need to sustain a move above 15,000 to begin to signal a return to demand dominance beyond short-term steadying.