“In England, we are breaching the number of infections and hospital admissions in the Reasonable Worst Case planning scenario” for the winter, the Oct. 14 conclusions of the panel’s sub-group that deals with modeling the pandemic said in one of the papers.

“The number of daily deaths is now in line with the levels in the Reasonable Worst Case and is almost certain to exceed this within the next two weeks.”

Johnson has introduced a three-tier approach where regions with the highest infection rates face tougher social-distancing rules, including a ban on household mixing and closing pubs that don’t sell substantial meals. Officials are considering an extra tier that would force restaurants and non-essential shops to close, newspapers including the Guardian reported on Friday.

Nottinghamshire was the latest area to enter the highest tier on Friday, while West Yorkshire will move to the same alert level from Monday. That will take the total number of people in England under the toughest restrictions to just over 11 million, or 19.6% of the population, according to the Press Association.

There was some good news for the government on Friday: the so-called R rate, reflecting the number of people each positive coronavirus case infects, declined to an estimated 1.1 to 1.3 from 1.2 to 1.4 a week earlier. But any number above 1 still indicates the virus is spreading exponentially.

If the number of deaths is trending higher, as certainly appears to be the case, then it is reasonable to conclude we are seeing a second wave. The case load appears to be rising quicker than the increased number of tests allows for. That is putting upward pressure on the number of hospitalisations and deaths. Governments are not about to back away from their playbooks so remedial action in the form of additional lockdowns is almost certain. We are seeing that in Europe now.

This interview of Mike Yeadon makes the point that 2nd waves don't occur and that the massive movement of people after World War I contributed to the impression that pandemic had a 2nd wave. Perhaps the lockdowns did in fact slow the spread and therefore just prolong the inevitable herd immunity. The list of measures taken to date suggest economies will conitnue to be sacrifieced until a vaccine is approved, regardless of any other argument. To admit fault would be political suicide.

Summer holidays appear to have been the triggering event for this outbreak. Rising cases first in Spain and France, as destinations for tourists, and subsequently in the UK and Germany, where tourists travel from, appears to have been the superspreading catalyst. Announcements this week that Costa Rica is not going to require tests from incoming travellers, so they can save their busy tourist season, is another example. It ensures future cases appear in various parts of Central America, the USA and Canada.

The big question for investors is how much of a threat this poses to the stock market. The lockdowns in Europe have had a clear knock-on effect for the region’s stock markets and they are trending lower. 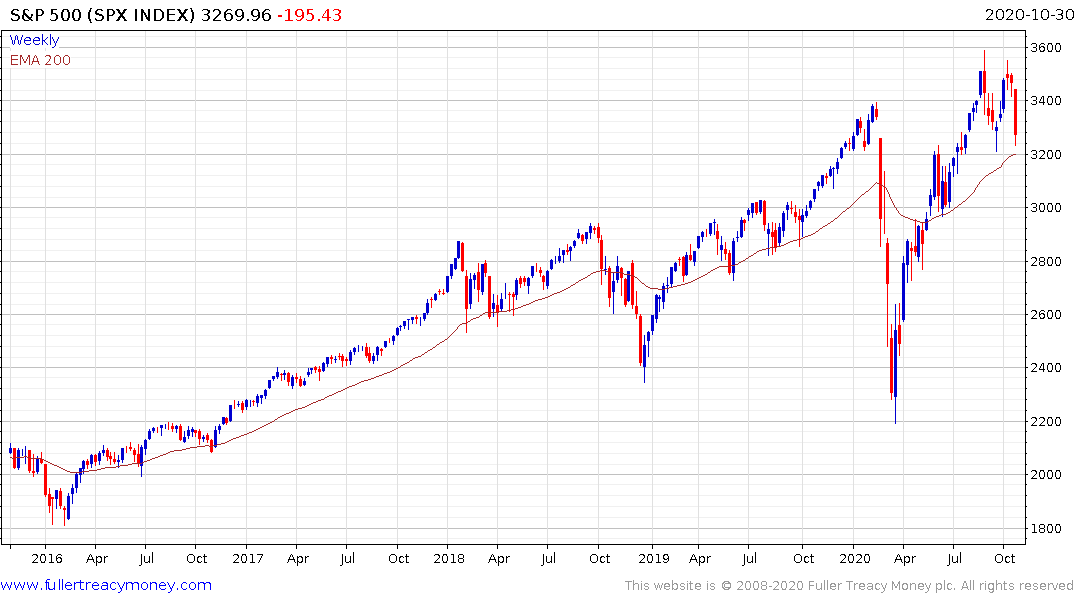 This week’s large downward dynamic on the S&P500 and other indices is the largest since February and at least checks the rebound from the March lows. 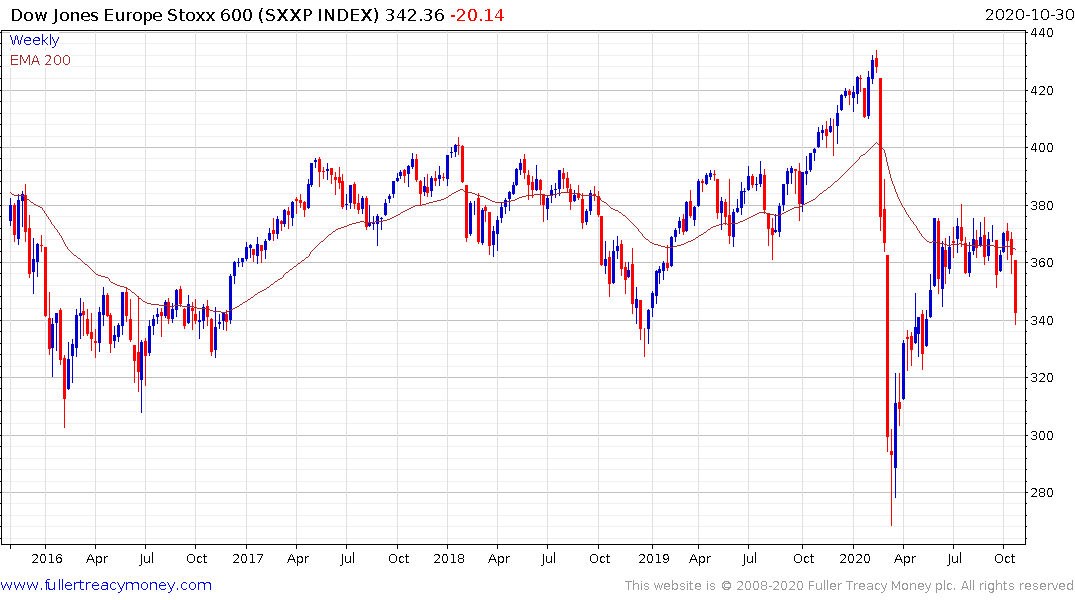 The ECB’s promise of assistance in December has not been enough to stem the decline. Real time measures to lend assistance in the event of additional lockdowns will be required to reignite demand dominance and attract dip buyers. 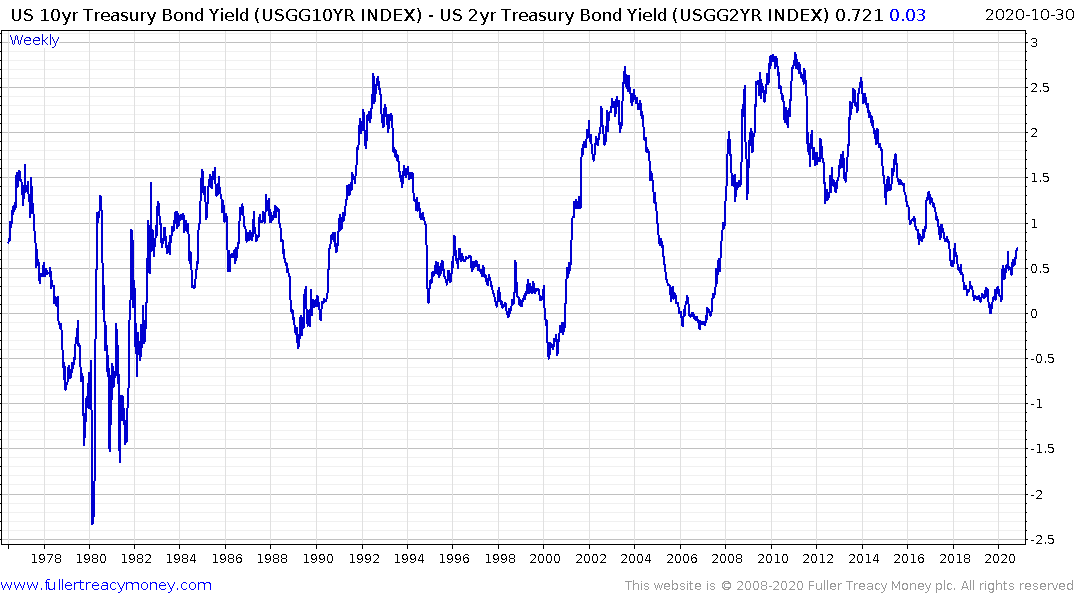 With upward pressure on government bonds the yield curve spread is back above the psychological 70 basis point level. A steepening yield curve following an inversion has usually been associated with acute stock market stress. That suggests urgent progression on additional stimulus measures and outright commitment to yield curve control will be required to check the decline.