The encouraging signs are emerging after many European countries enacted new restrictions, including closing non-essential shops, bars and restaurants, in an effort to slow the pandemic. Ireland, one of the first to reimpose curbs, cut the number of new infections to about 360 in the latest 24 hours from more than 1,200 a day in mid-October.

Progress is mixed, with some countries still seeing big increases. Austria reported a record 9,262 new cases in the past 24 hours on Thursday. The government will meet on Friday to discuss whether further restrictions are needed after a second lockdown began earlier this month.

German Health Minister Jens Spahn said the new numbers in his country are encouraging but that it’s too early to speak of a new trend. The effect of the new measures can’t be evaluated yet, a spokeswoman said. Hospitals are still straining under the backlog of patients with existing infections.

Europe is going to be open by Christmas for exactly the same reason it was open for summer. Businesses can’t miss their peak season. It’s what makes or breaks a year in the normal course of events so one way or other figures will be massaged enough to ensure business open up in early December.

The incoming Biden administration has said one more than one occasion they don’t care about the stock market. We’re going to see evidence of whether that is true soon after inauguration. Michael Osterholm who is on President-elect Biden’s pandemic committee is recommending a 4 to 6-week lock down. He obviously doesn’t look at a calendar or this is simple political kite flying. The modest reaction from the stock market suggests the latter. https://en.wikipedia.org/wiki/Trial_balloon 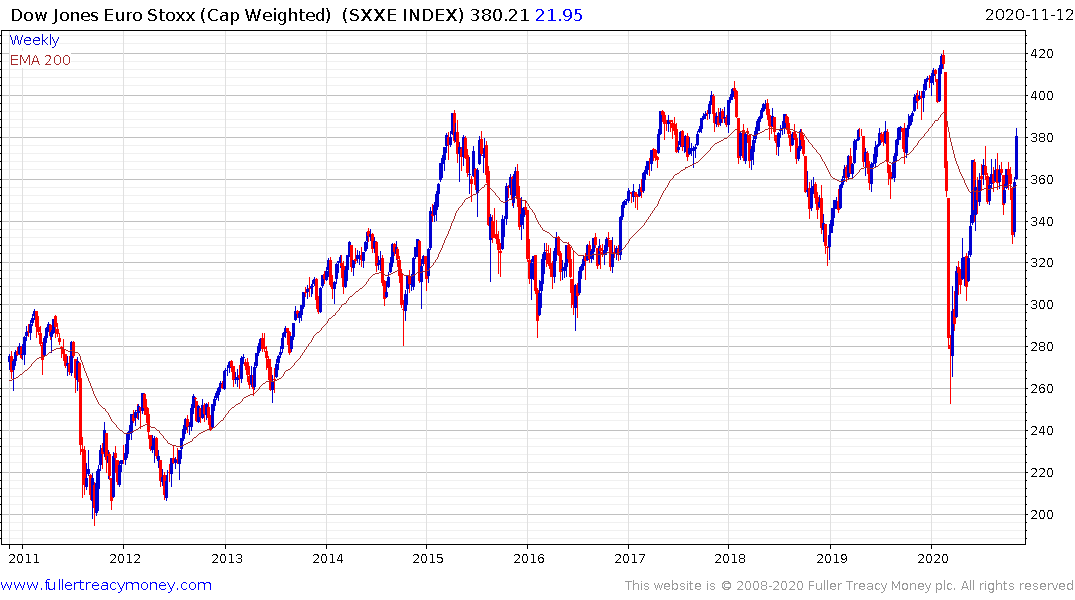 The Euro STOXX Index continues to hold the breakout from its recent range. 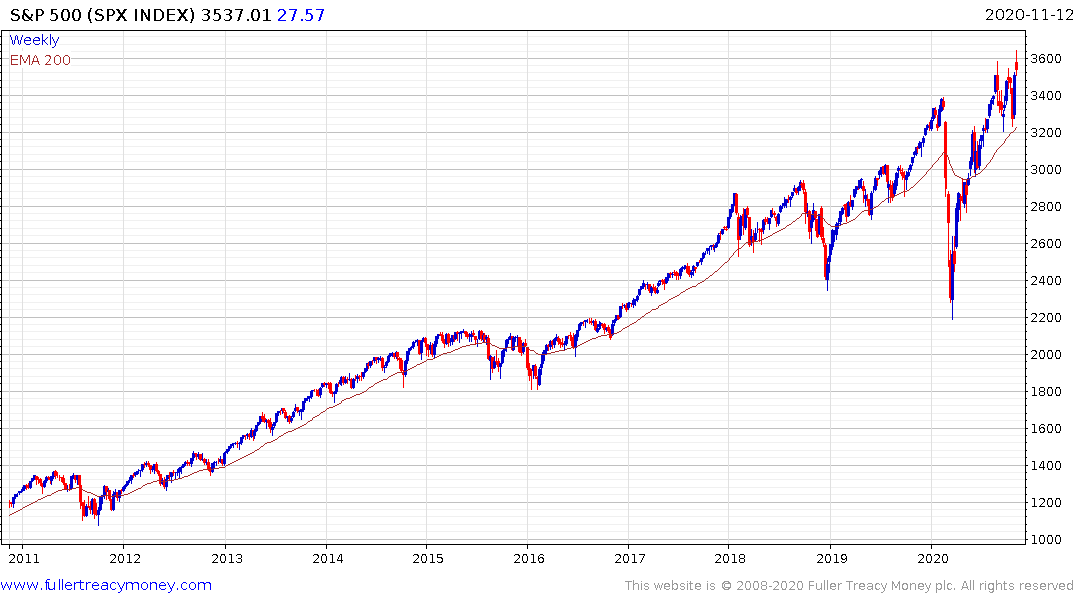 The S&P500 continues to pause in the region of the all-time peaks as it unwinds the short-term overbought condition.