U.S. credit spreads widened to the highest levels since the summer of 2016 as funds saw outflows even as major American equity indexes posted a second day of gains.

Investment-grade bond spreads widened 2 basis points to 152 basis points on Thursday. The index has widened every day since Dec. 14 and most trading sessions this quarter

The stock market is short-term oversold and we have evidence of a short covering rally that began on the 26th. However, credit markets have not been the subject of bargain hunting and spreads continue to widen. 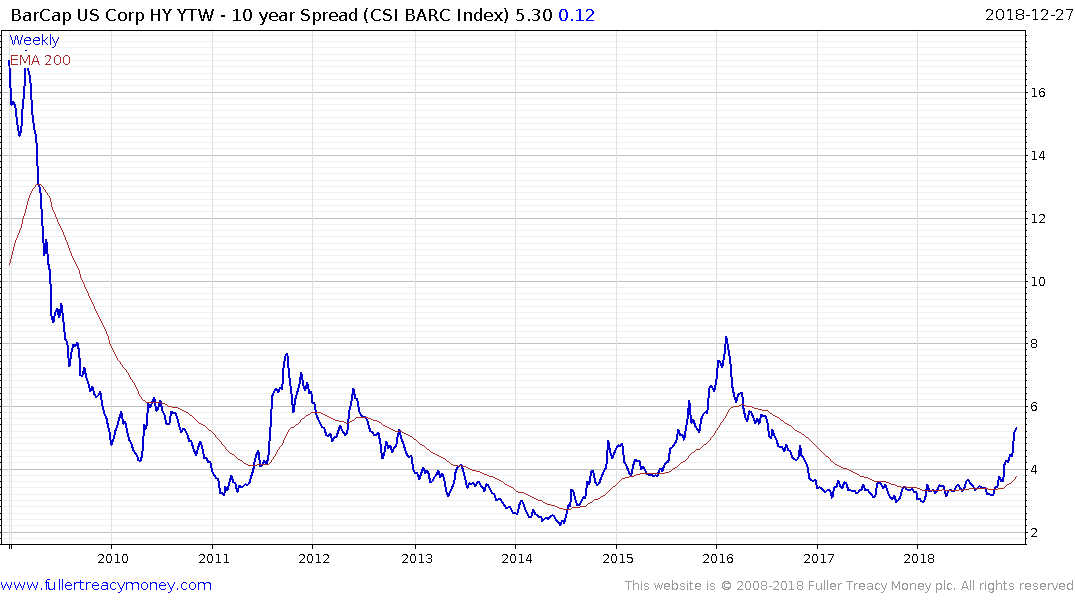 Investment grade CDS spreads are back testing the peak set in early 2016. A clear downward dynamic will be required to check selling pressure. 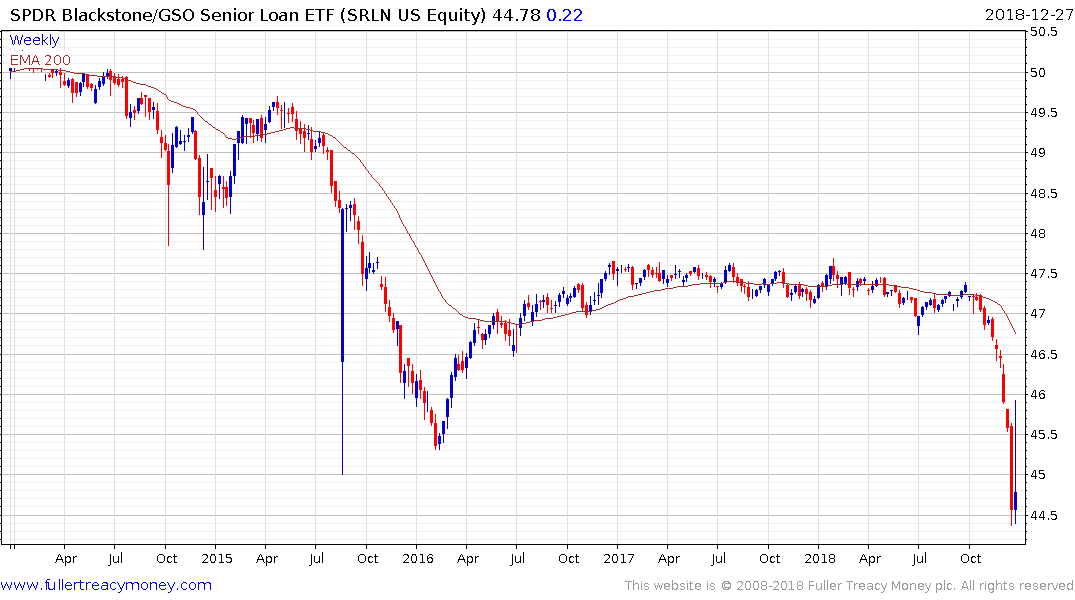 Leverage loan ETFs continue to see outflows. The Blackstone Senior Loan ETF initially spiked on 26th, suggesting an issue with pricing the underlying securities, but closed at a more modest level. Some steadying appears likely but a bull case is difficult to formulate against a background where credit spreads continue to widen.