Corn futures rose to a seven-year high a day after the U.S. slashed its forecast for domestic stockpiles more than expected, adding steam to a rally fueled by Chinese demand for grain and soybeans.

The U.S. Department of Agriculture’s cut in the corn-inventory forecast to a seven-year low means world supply is tighter than expected at a time when Chinese demand shows little sign of letting up and South American growers face drier-than normal weather. Brazil’s crop agency on Wednesday lowered its estimates for corn and soybean output. Global food prices have been rising and stronger grains means further inflation is likely.

“Corn markets should stay bid this winter,” given Chinese demand and risks to Brazil’s harvest, Citigroup said in a note.

Subscribers may remember the swarms of locusts that plagued east Africa, India and China last year. What I found interesting at the time was the willingness of Western media to be spoon fed stories of how successful China was in combatting the swarms using drones. At the time I thought it was the modern equivalent of a Potemkin village. We may now be seeing the repercussions of Asian crop damage in 2020 combined with the impact the pandemic has had on planting and harvesting. 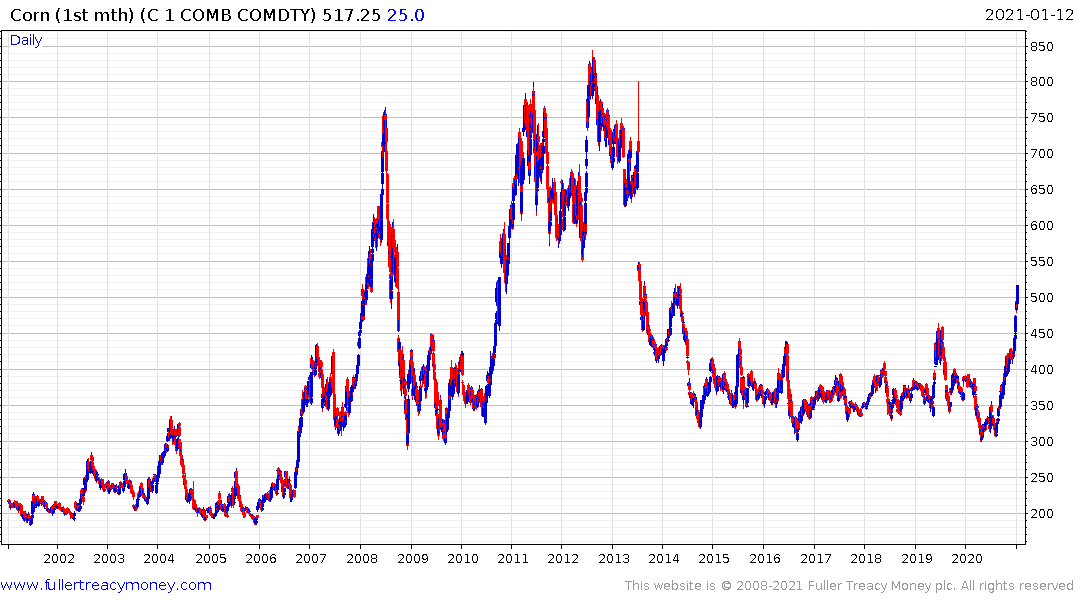 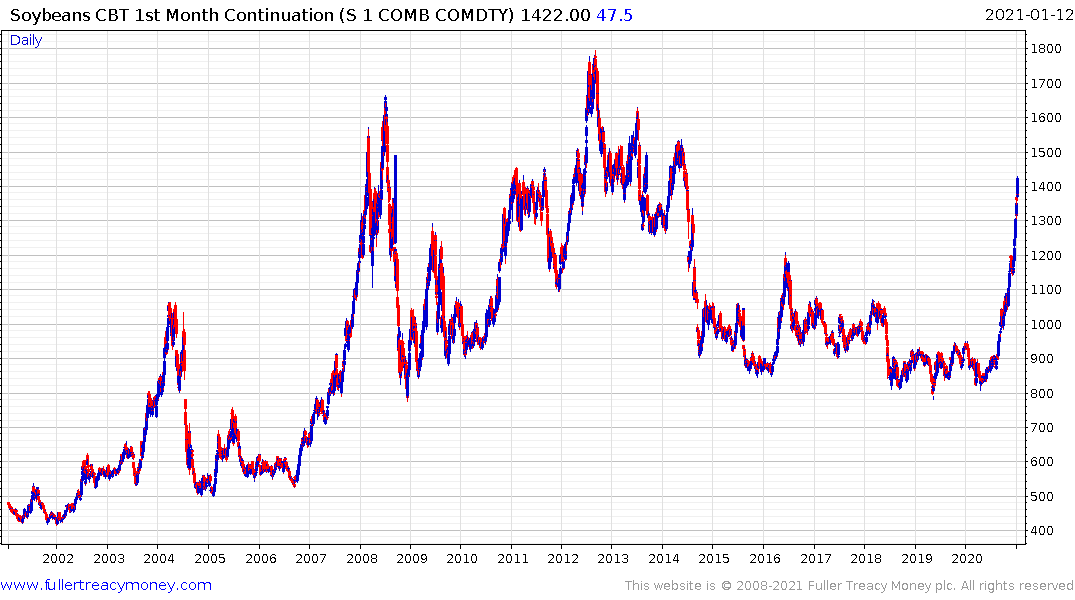 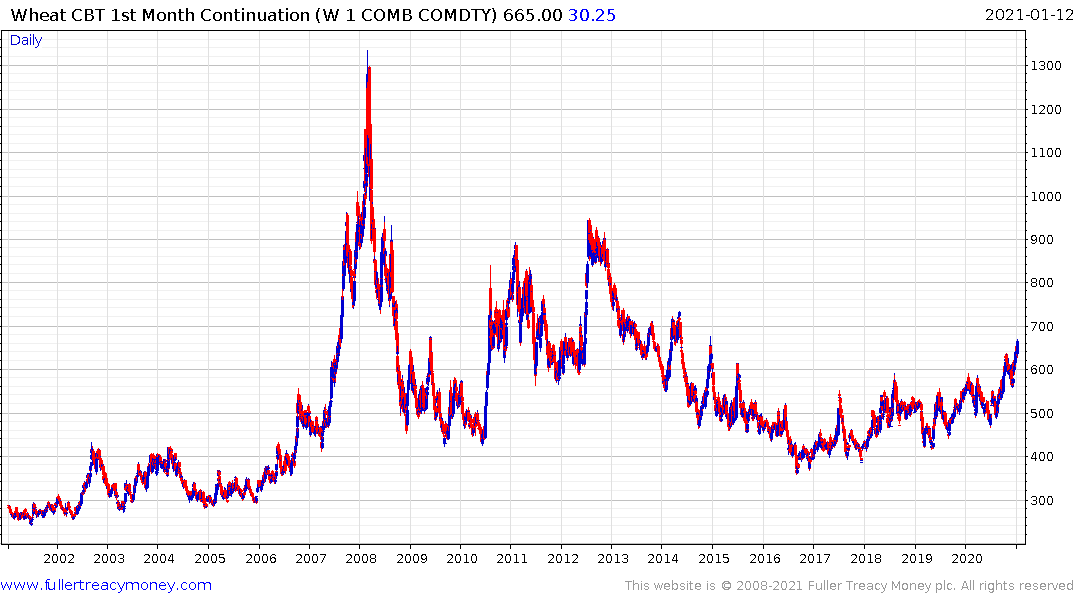 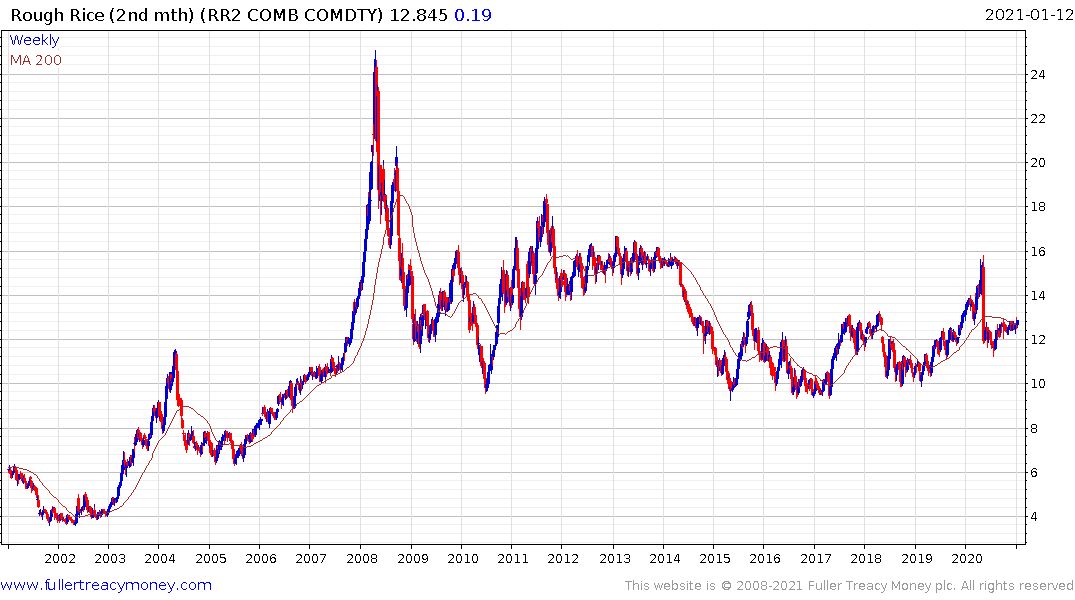 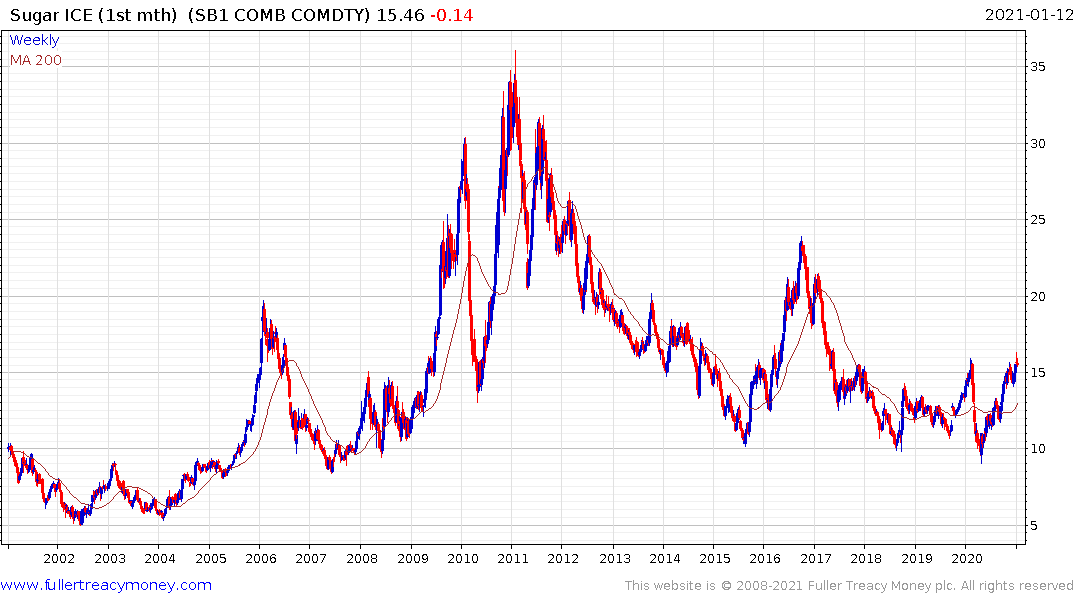 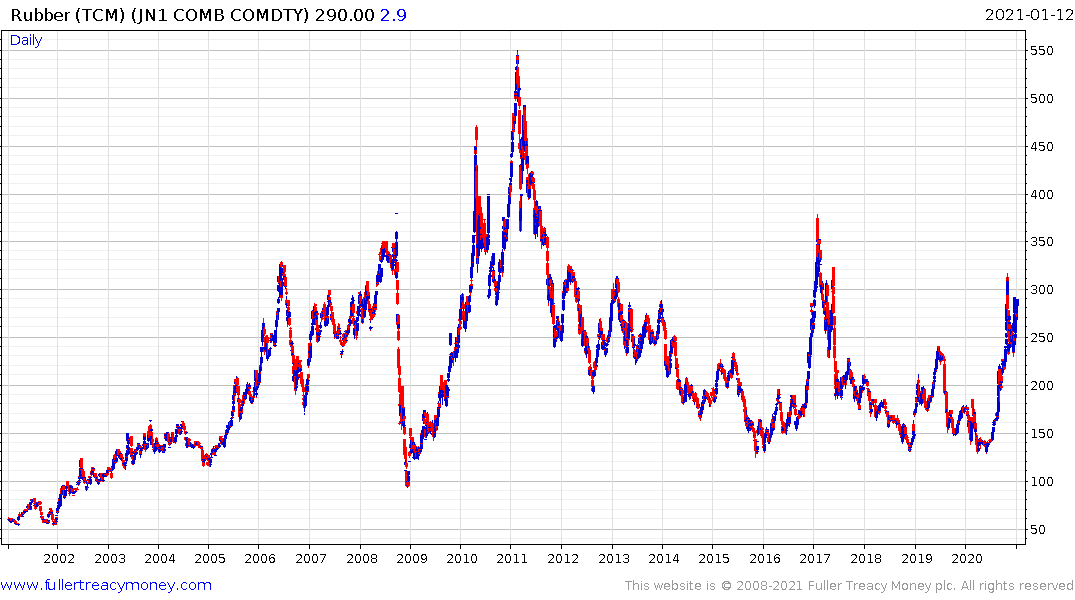 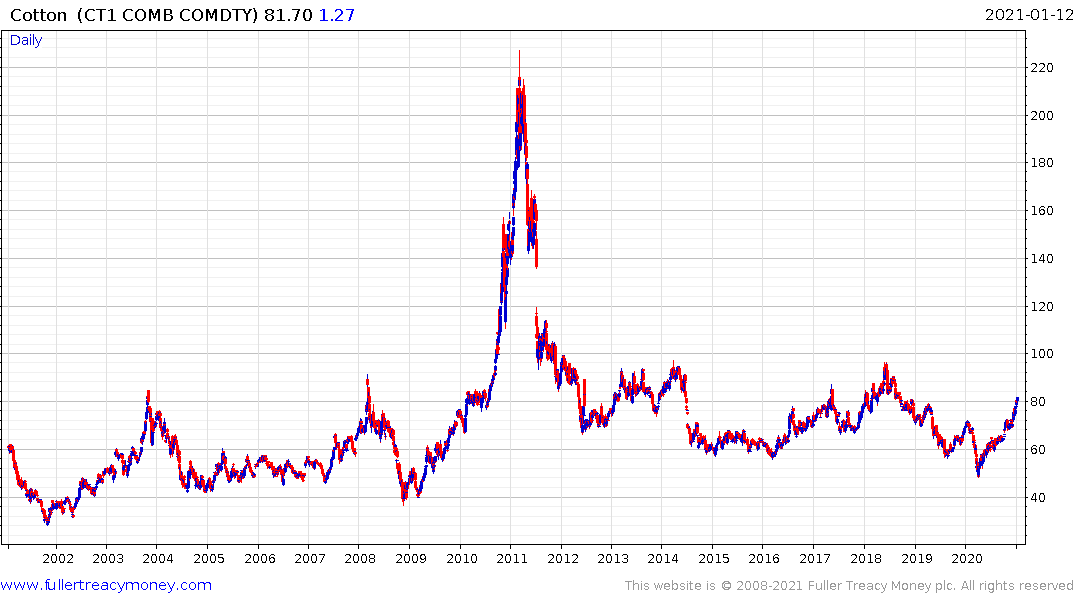 Corn, Soybeans, Wheat, Rough Rice, Sugar, Rubber and Cotton have either completed base formations or are in the process of doing so. 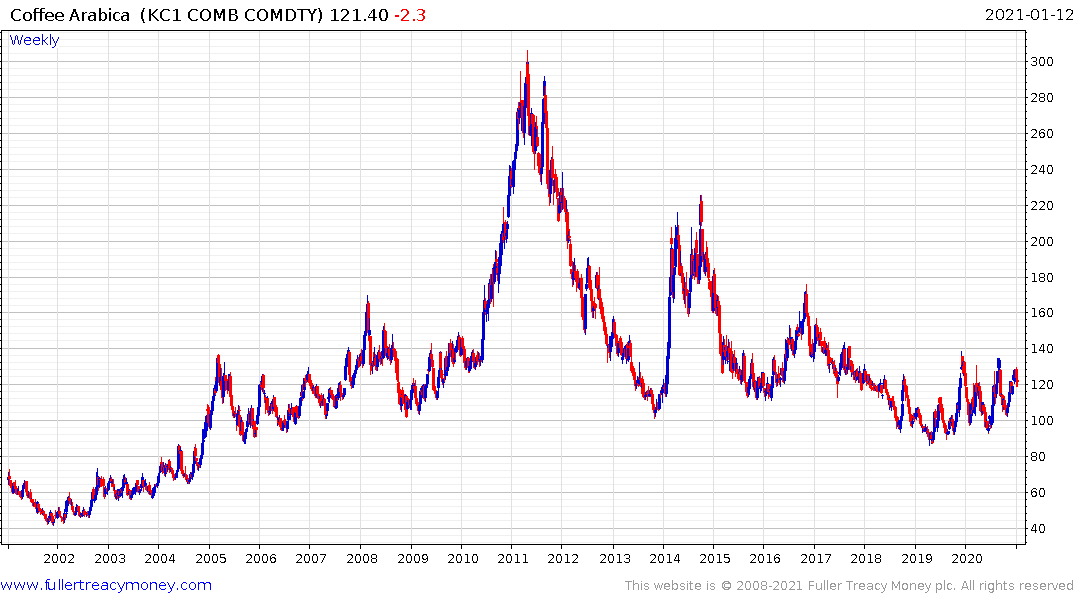 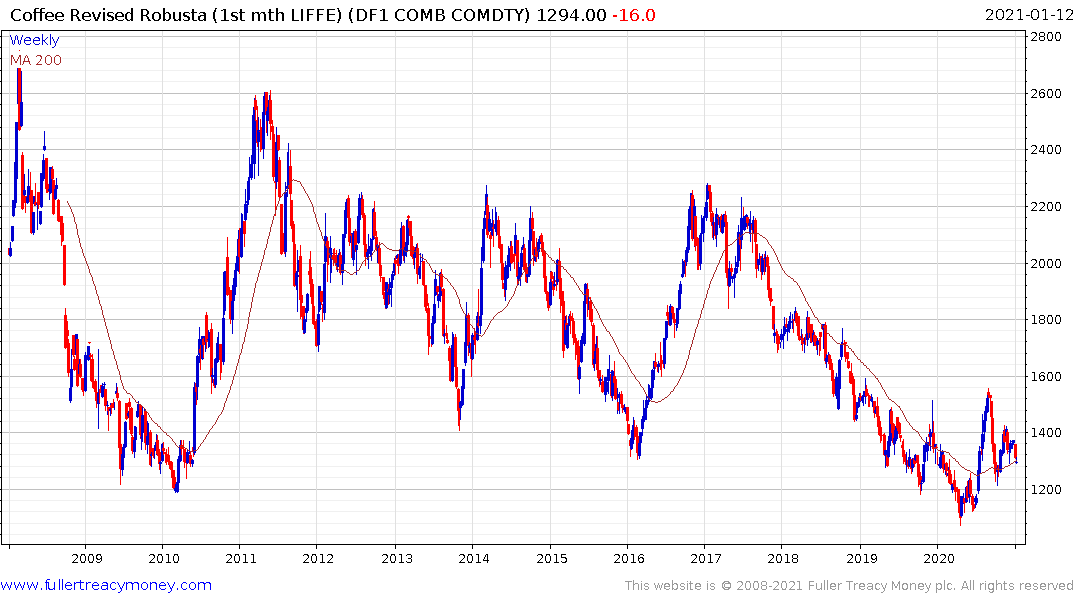 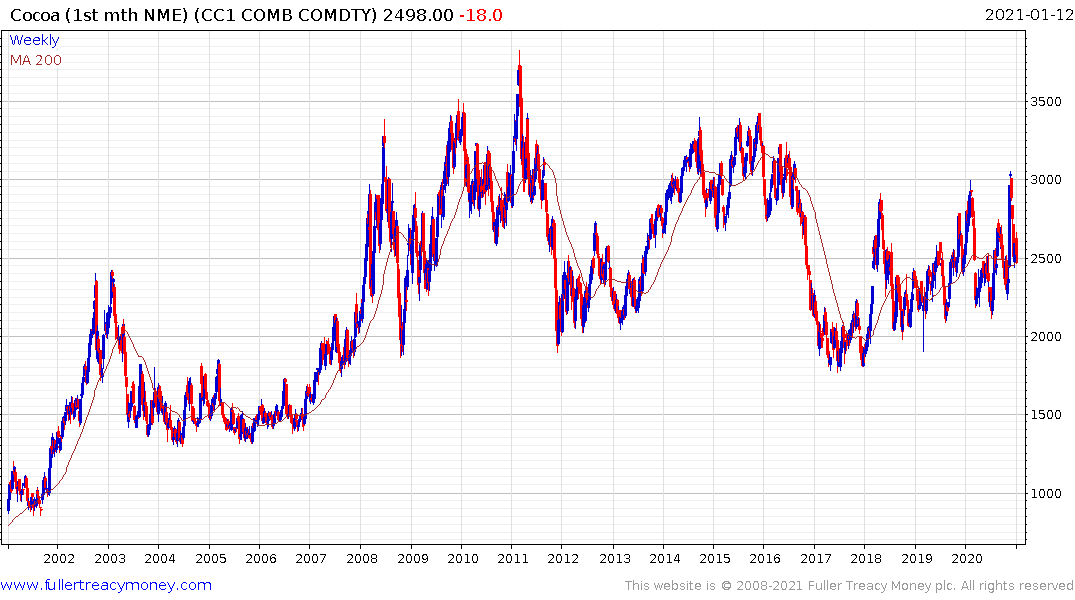 Arabica Coffee, Robusta Coffee, Cocoa and Orange Juice are firming from the region of the trend mean.

If the breakouts from these base formations are sustained, we could be looking at significant food price inflation over the next couple of years.