Corn jumped by the exchange limit and soybeans topped $15 a bushel for the first time since 2014 as China’s rampant demand and adverse weather around the world threaten to further tighten supply.

Brazil’s second-corn crop is suffering from drought, and U.S. planting has been slowed by a record cold snap that may also have damaged some winter wheat. Meanwhile, western Europe lacks moisture for early growth of the grain, helping push up wheat futures and adding to worries about global food-price inflation as consumers still contend with the coronavirus pandemic.

The weather concerns in major growers come amid signs of continued strong demand, particularly in China, which the U.S. Department of Agriculture expectsto import a record 28 million metric tons of corn. The country is already scooping up the next U.S. crop. Soybean oil futures jumped by the most allowed, amid growing demand for renewable diesel.

“It’s an incredible rally. It is primarily the weather and demand and low stocks that are really driving this thing, and the realization that Brazil could have a poor second corn crop,” said Jack Scoville, a vice president for Price Futures Group in Chicago. “There’s just nothing going on that says sell the market.”

The supply disruptions resulting from the pandemic continue to represent challenges for the global supply chain. That’s particularly true for the agriculture sector where weather is having an outsized influence after years of low prices and less investment in additional new supply. 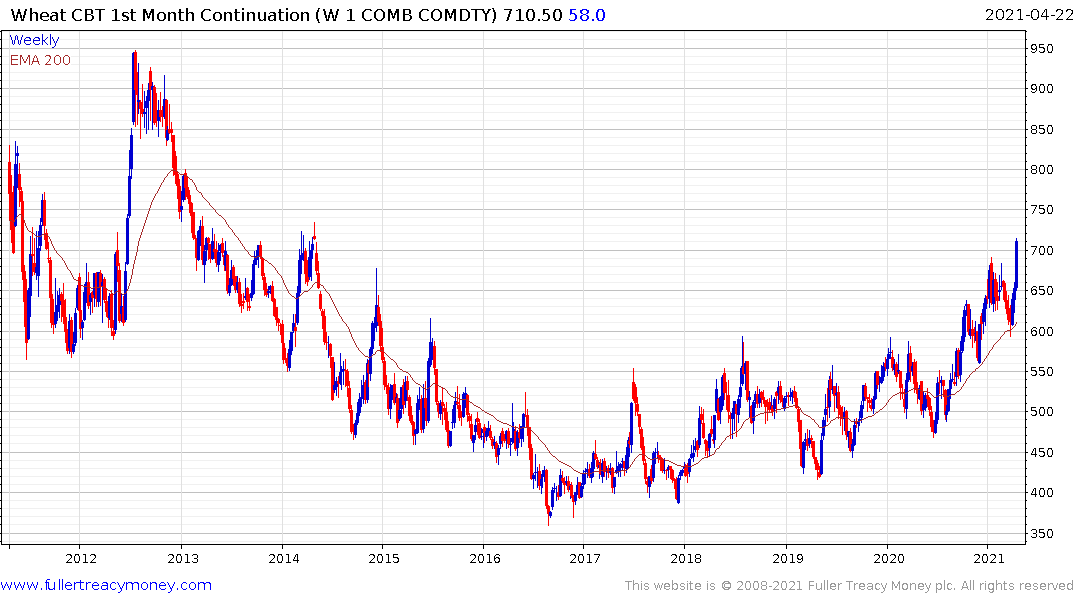 Wheat is now playing catch up with the other big grain contracts and broke out to new recovery highs today. As the primary grain for billions of people higher prices against a background of high unemployment virtually ensures a summer of discontent across geopolitical hotspots. 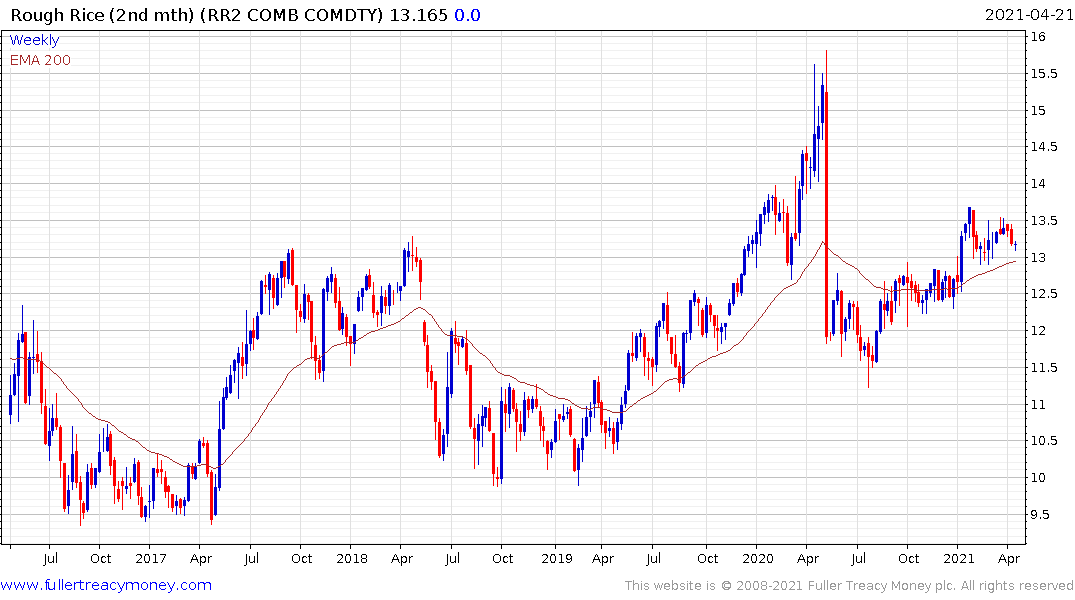 Rough Rice prices also broke on the upside today. There is a big step in the chart resulting from the contract change in January but importantly there is still evidence of backwardation between the two front month contracts. 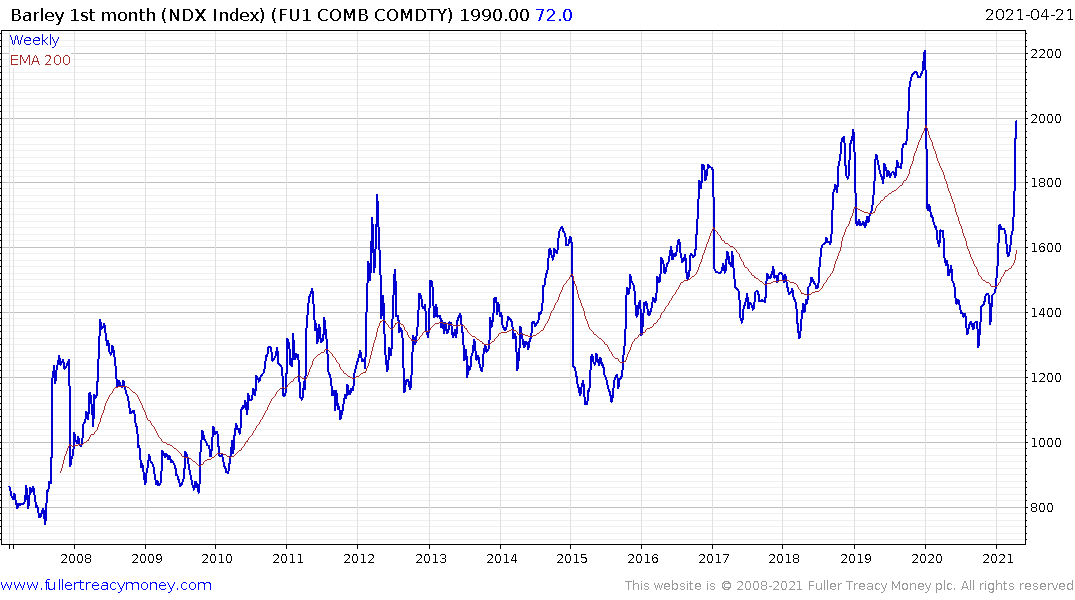 Lesser known and illiquid futures contracts like barley are also on the cusp of hitting new highs. 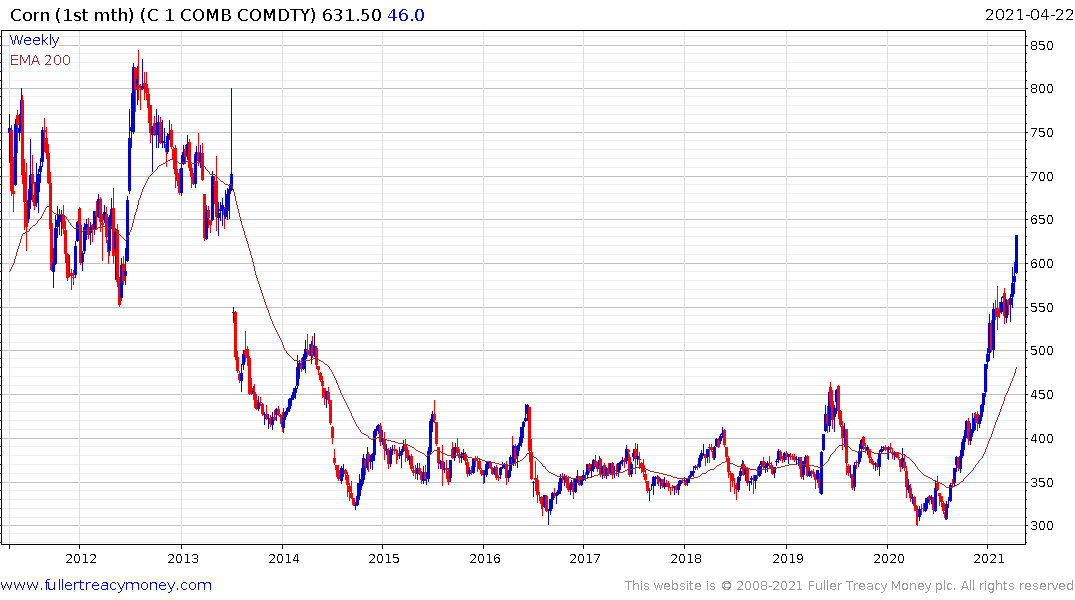 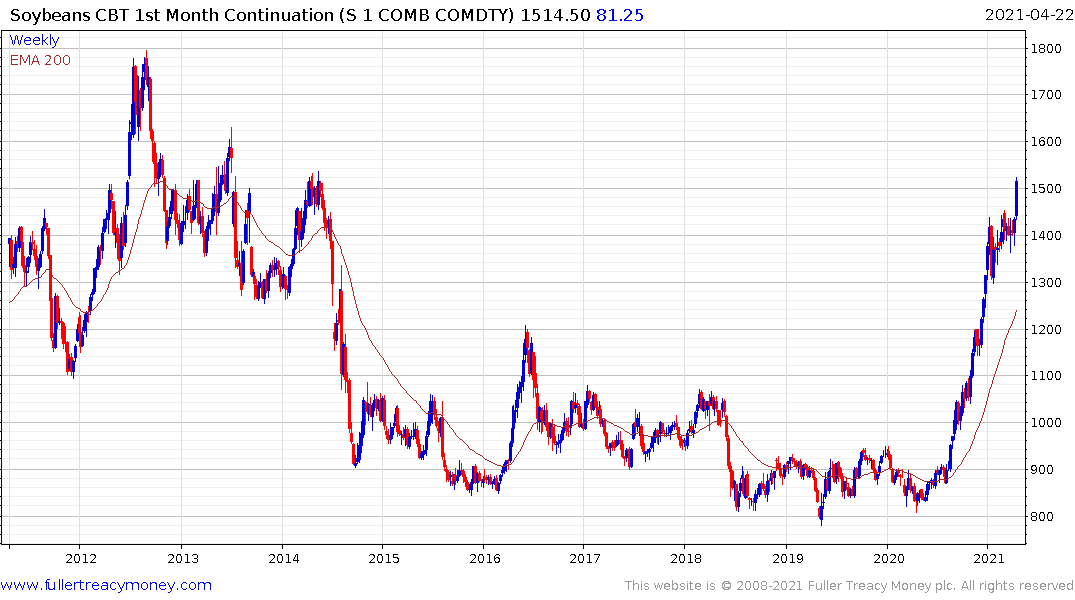 At the same time corn and soybeans continue to lead on the upside. 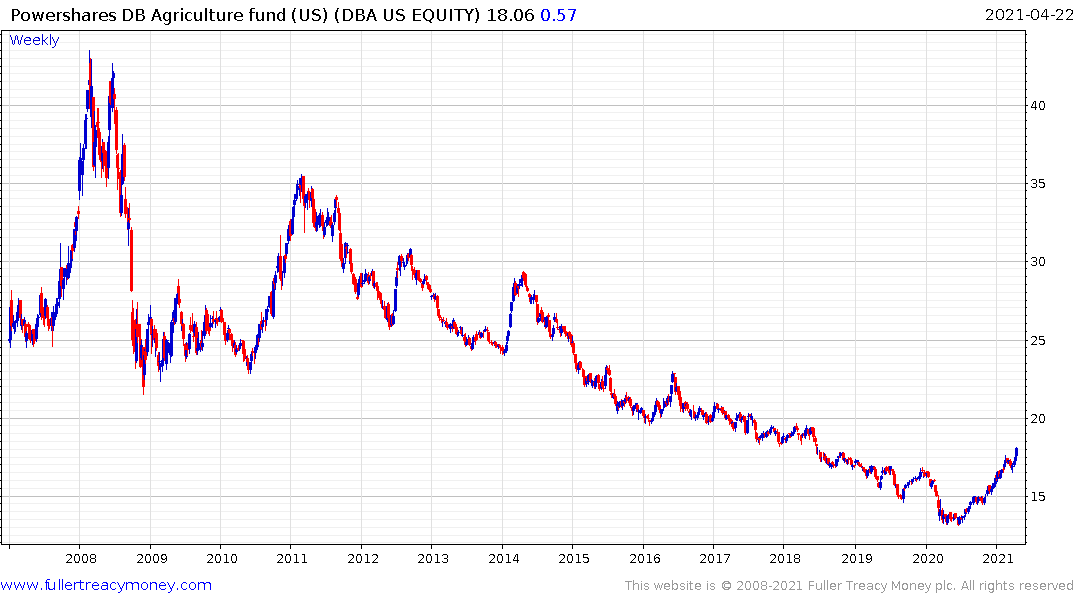 The Invesco DB Agriculture Fund holds futures contracts so it does well when backwardations predominate which is the case at present. It rallied to break a decade-long downtrend at the beginning of the year and continues to recover. When the shortage ends and contangos return the fund can be expected to fall faster than commodity prices.