Stockpiles tracked by the Shanghai Futures Exchange have climbed for eight straight weeks, the longest advance since February 2012. Combined inventories tracked by the exchange and in bonded warehouses are up 42 percent since the start of the year, Morgan Stanley said today.

The divergence in the performance of the respective industrial metals illustrates that the market has returned to pricing them on their individual merits. Previously investors assumed the ambitious demand growth forecasts on which expansion plans relied would be a tide that lifts all boats. Copper held the majority of its bull market advance but has seen a great deal of supply reach the market in the last year which is pressuring prices. 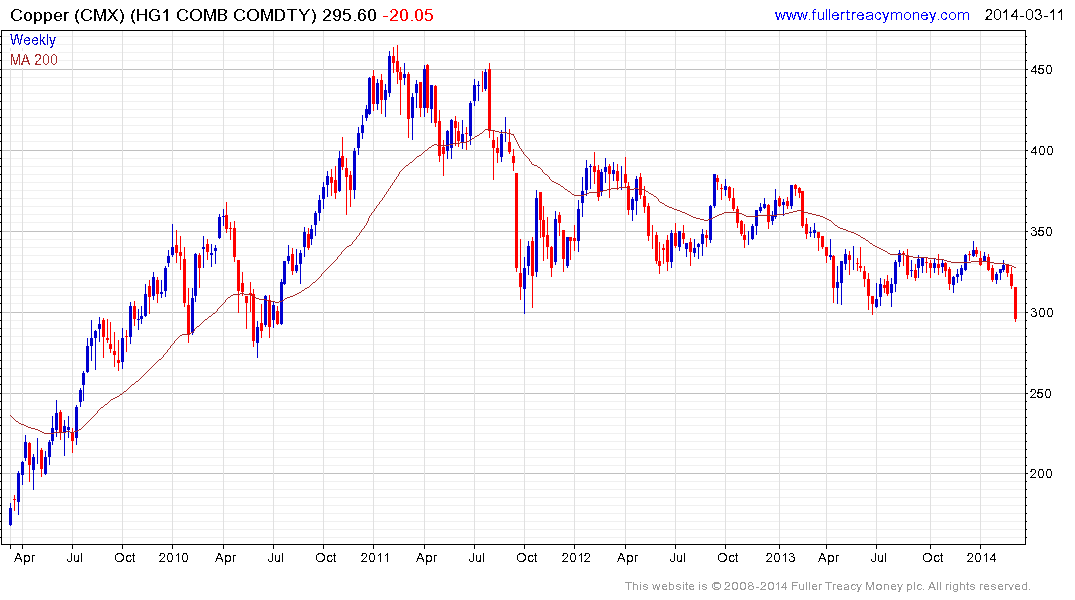 Comex Copper has encountered resistance in the region of the 200-day MA on a number of occasions since at least 2012 and broke below the psychological $3 area today to extend the downtrend. A clear upward dynamic will be required to check the slide.

The fall below $3 has put most pressure on miners who have not succeeded in controlling costs. For example Southern Copper has pulled back sharply over the last few days in sympathy with the copper price.

On the other hand Kazakhmys announced two weeks ago that it was splitting off its high cost operations from its core low cost business in order to improve its margins, As a result is has been less affected by recent weakness in the metal price. 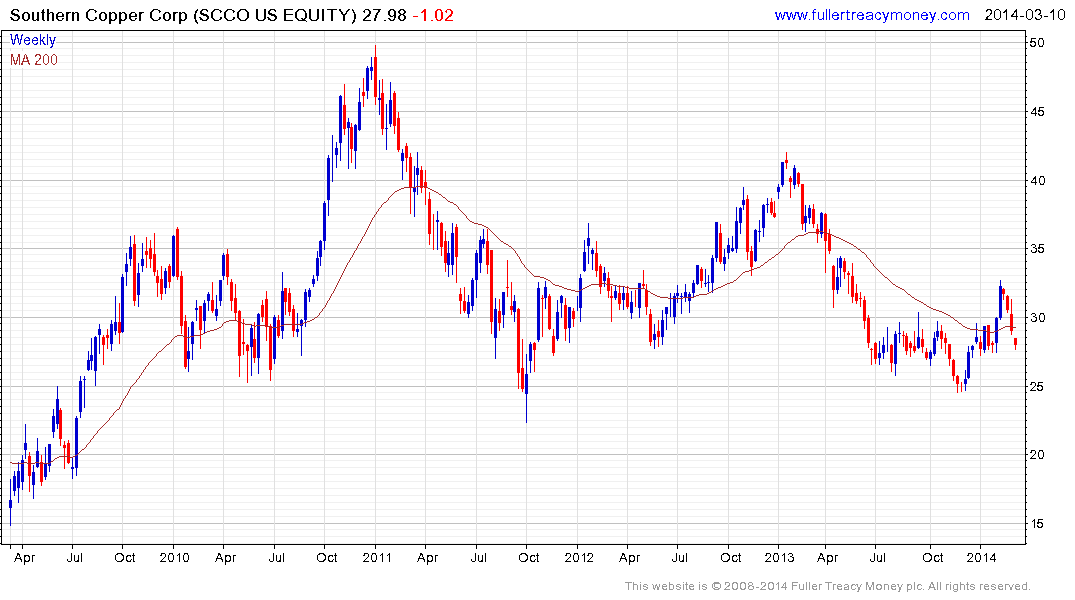 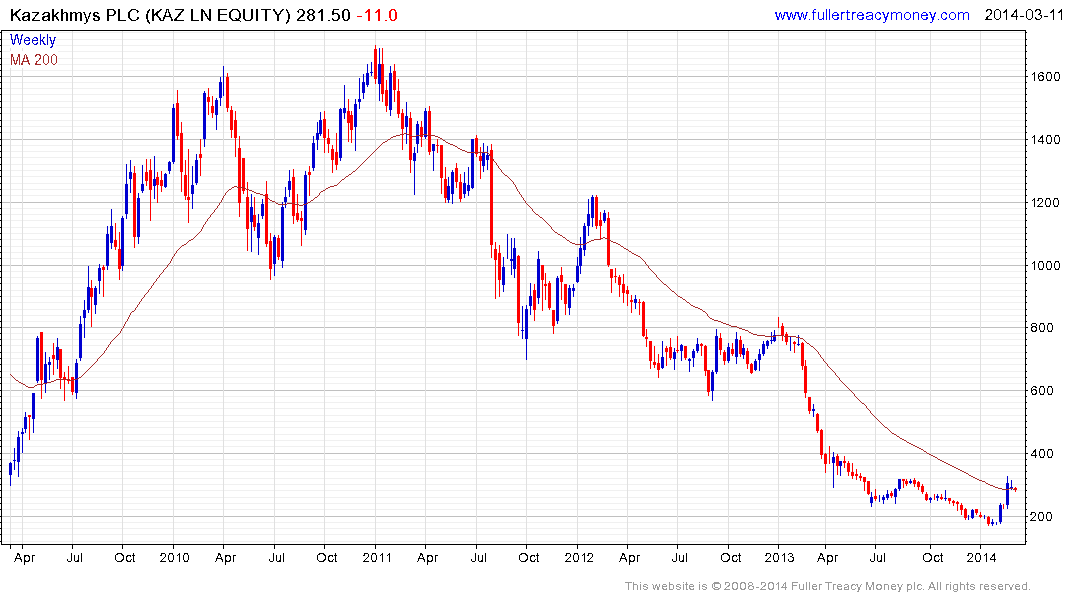