It’s the second Peruvian mine to suspend production this week after Nexa Resources SA halted Cerro Lindo, although Prime Minister Mirtha Vasquez said Wednesday that police had dispersed protesters at that zinc operation.

A prolonged shutdown at a mine that before the pandemic accounted for almost 2% of the world’s mined copper would further tighten global supplies that have been hit with shipping snarls and low warehouse inventories. Las Bambas has 60,770 tons of copper stranded on site.

The global market remains tight and susceptible to supply disruptions. The sensitivity of the market has also been exacerbated by the surge in demand from transportation and energy infrastructure projects. In just the same way that autos are now competing with traditional demand for semiconductors, auto and wind turbine motors, recharging stations and sub-sea cables are competing with telecommunications, construction, and power line demand for copper. The difference is it is a lot more difficult to increase the supply of copper than semiconductors. 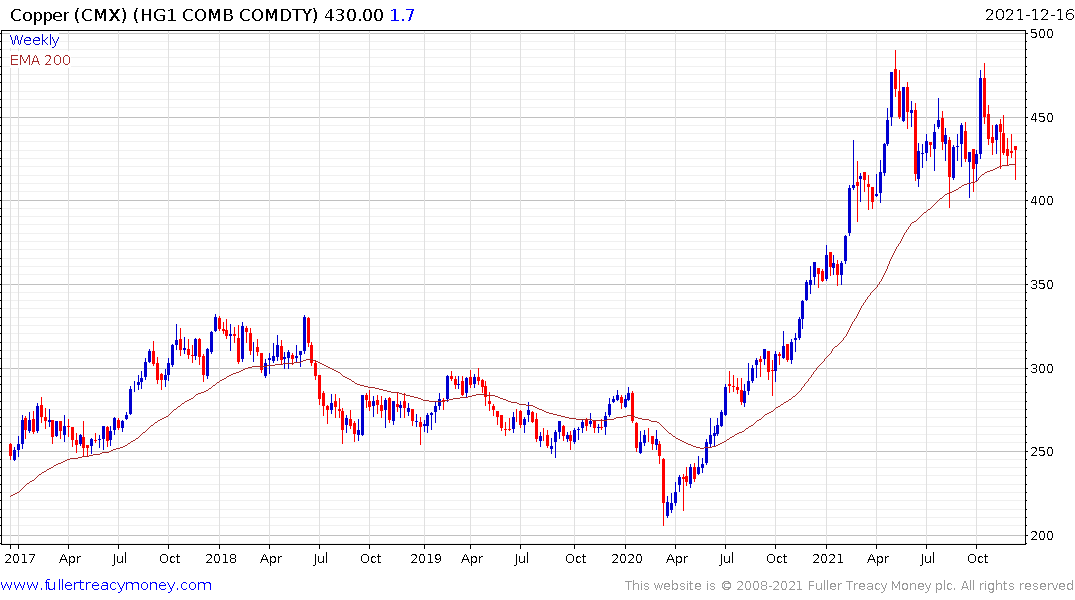 The price is rebounding once more from the region of the trend mean and a sustained move below $4 would be required to question medium-term scope for continued upside. 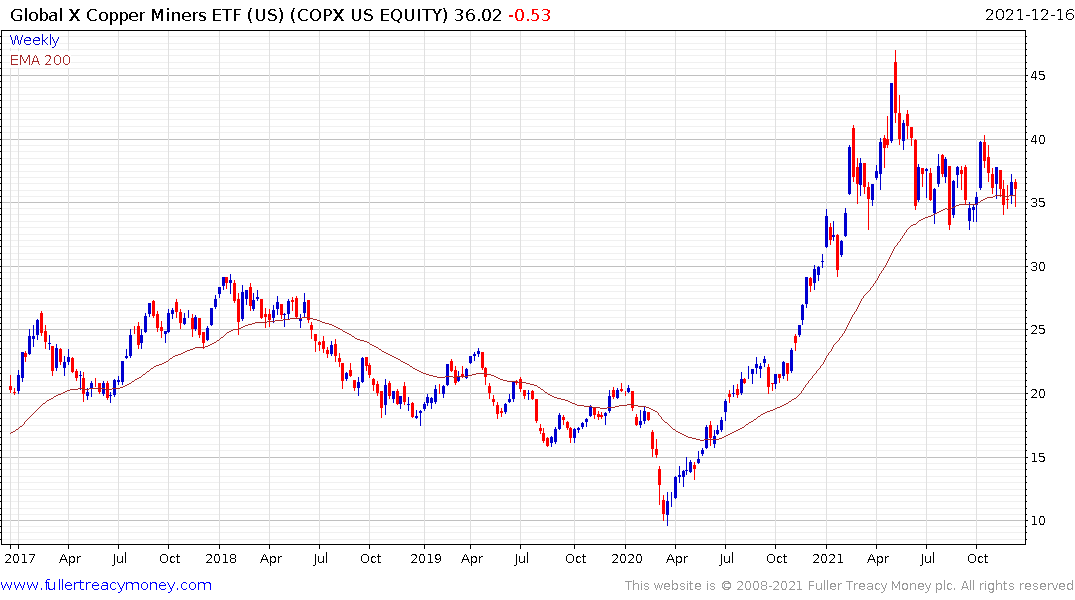 The Global X Copper Miners ETF is also firming from the region of the trend mean.