Copper may be flirting with record highs but the metal is far from peaking as the energy transition revs up, according to Newmont Corp. Chief Executive Officer Tom Palmer.

Futures hit $10,000 a metric ton on Thursday for the first time since 2011 as mines struggle to keep up with surging demand. Newmont, the world’s largest gold producer, is increasing exposure to copper through several “mega projects,” Palmer said on an earnings call. Even if just one materializes, copper will account for 15-20% of the company’s total output by the end of the decade, he said.

“I’m pretty excited about having good exposure to copper at that time when the world is going through the energy transition,” Palmer said on an interview with Bloomberg TV following the earnings call. “Copper’s got a pretty good story in front of it. I think its day in the sun is more towards the end of this decade.”

The copper push doesn’t mean Palmer has a downbeat view on gold. He sees bullion prices holding their current “very healthy levels” or even moving higher given fiscal and monetary stimulus. India should remain one of the key sources of demand after the country recovers from the Covid-19 tragedy, Palmer said.

Mining executives have been slow to invest in new supply because they are still scarred from the negative experience of the last bear market. Green field mining is expensive and uncertain and they now wish to preserve their balance sheets and strong cash positions. Investors are certainly not complaining at the rising dividends either. There is a growing belief among gold mining CEOs that copper/gold deposits are the most attractive for new investment. That might also be considered a hangover from the mining bust because it hedges exposure to the gold price and diversifies income streams. 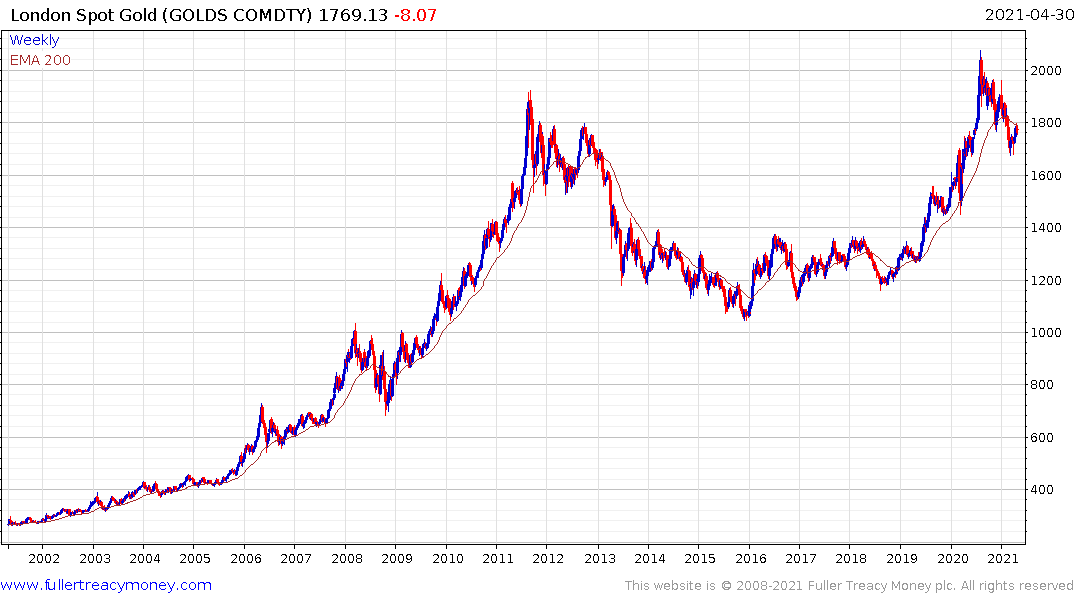 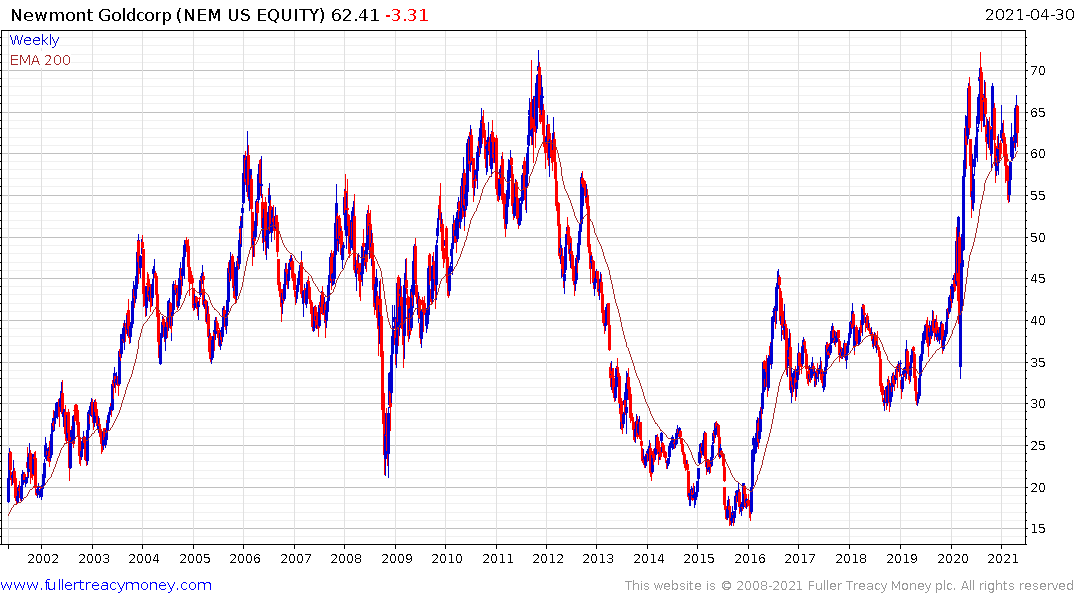 Gold accounts for 90% of Newmont’s revenue today while copper represents 1.3%. Significantly increasing copper’s weighting will make the share less of a pureplay on gold but that may be positive for the share price because copper’s secular bull market credentials face less opposition from a broad swathe of the political class.

The share has been consolidating in the region of the 2011 peak for a year and rallied last week to break short multi-month downward bias. It will now need to hold the lows to confirm a return to demand dominance.

Many silver miners gave on being pureplays during the bear market and most now produce more gold than silver. That has not impeded investor interest in the sector as a high beta play on gold. The decision by larger miners to diversify into copper may improve their high beta credentials relative to gold. 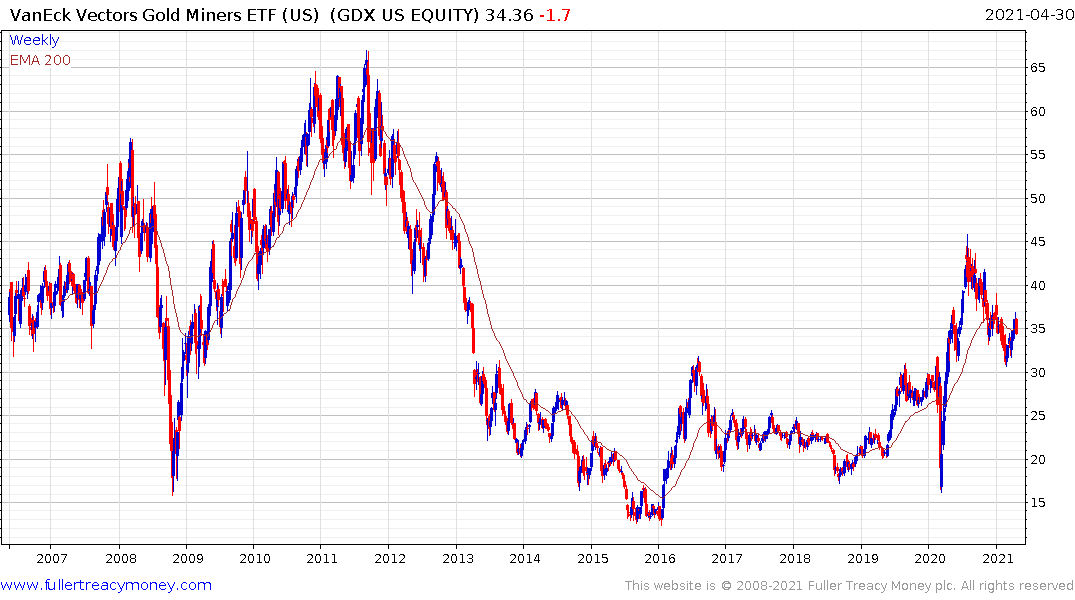 The VanEck Vectors Gold Miners ETF (GDX) encountered resistance this week in the region of the 200-day MA and will need t hold the $30 area if support building is to continue to be given the benefit of the doubt.