Anglo American Plc is evaluating losses at its biggest copper mine in Chile after protests yesterday caused damage at the site amid a dispute with contract workers. China will accelerate public spending and loosen regulations on private investment to aid growth, Li Daokui, former adviser to the People’s Bank of China, said in Bloomberg Television interview.

Metals are rebounding “as China displays increased determination to maintain growth rates and as Chilean copper production is plagued by labor unrest,” Michael Turek, a senior director at Newedge USA LLC in New York, wrote in an e-mail.

“We should continue to see further, if gradual, signs of consolidation and resultant price recovery.”

Labour unrest in Chile and the so far unresolved dispute between Mongolia and Rio Tinto at the Oyo Tolgoi mine represent potentially bullish factors for the copper prices. However the question remains as to whether this will be enough to re-establish medium-term demand dominance. 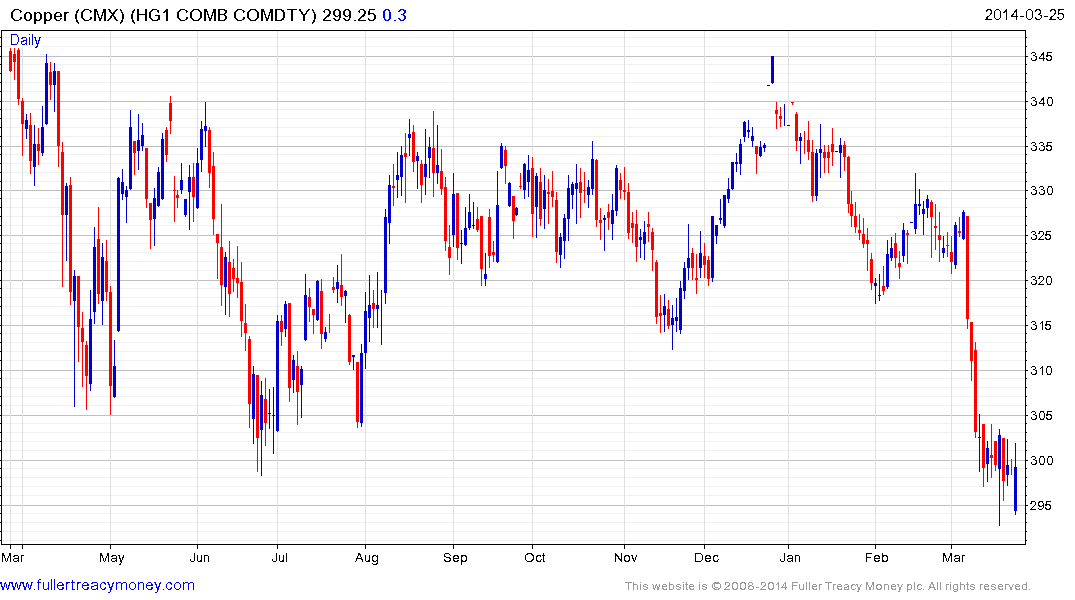 Comex copper prices have held a progression of lower rally highs since early 2011 and broke downwards to new reaction lows three weeks ago. It has firmed somewhat as the short-term oversold condition is unwound, but a sustained move above the 200-day MA, currently near $3.25, would be required to question the overall downward bias. 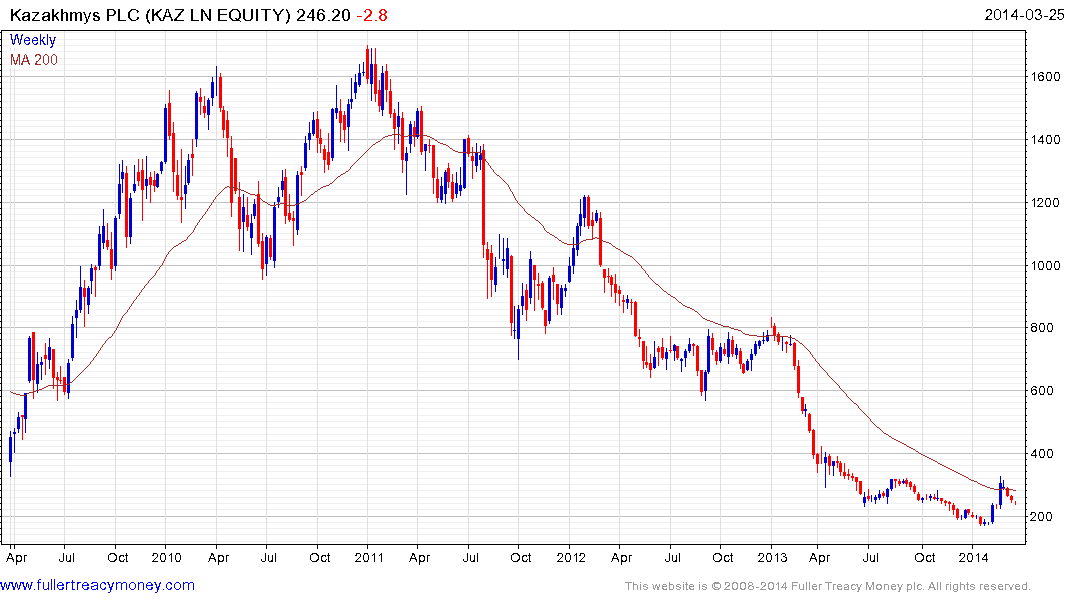 London listed Kazakhmys retested its 2008 lows in January before announcing it was in the process of spinning off its high cost investments into another company. The share then doubled as it rallied to close the oversold condition relative to the 200-day MA. It has been drifting lower over the last three weeks. A clear upward dynamic will be required to check the slide and suggest demand is returning to dominance.