Consumer Spending in U.S. Rises Most in Almost Seven Years
Comment of the Day

Consumer Spending in U.S. Rises Most in Almost Seven Years by Eoin Treacy

“There was a lot of presumably pent up spending given that the last few months were quite soft for consumption,” said Michelle Meyer, deputy head of U.S. economist at Bank of America Corp. in New York, whose forecast for spending was among the closest in the Bloomberg survey. “The consumer should be a fairly bright spot for the economy.”

“You definitely want to see that pickup in April to fit into the story of a second-quarter rebound,” Sophia Kearney- Lederman, an economic analyst at FTN Financial in New York, said before the report. Supporting the increase, “we have seen strong payrolls and incomes coming up, we’ve seen vehicle sales rebound, and we saw housing had a pretty good month.”

The Fed can only take heart from this news that they are correct to continue in their efforts to very gradually normalise monetary policy. 12-month yields are now testing the upper side of the six-month range and some steadying in this area is to be expected which would at least partially unwind the short-term overbought condition. 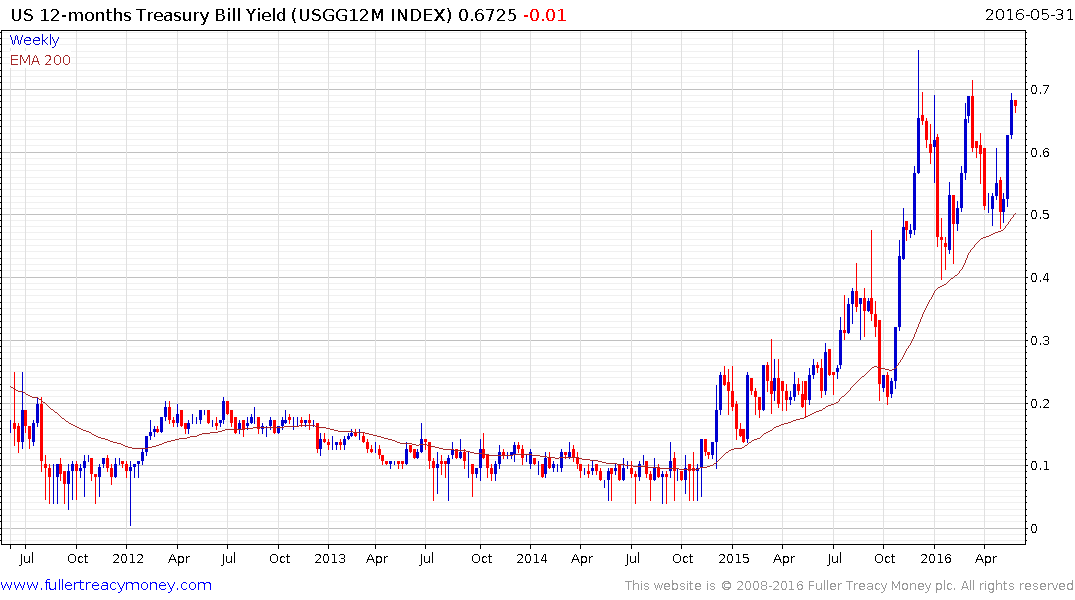 The rationale for higher equity prices is that the Fed wouldn’t risk raising rates unless they were confident the economy is strong enough to handle it, suggesting most estimates of growth are too pessimistic. Therefore the potential for a breakout rests on optimism about the economy which may boost corporate profits which have been declining for the last 18 months. 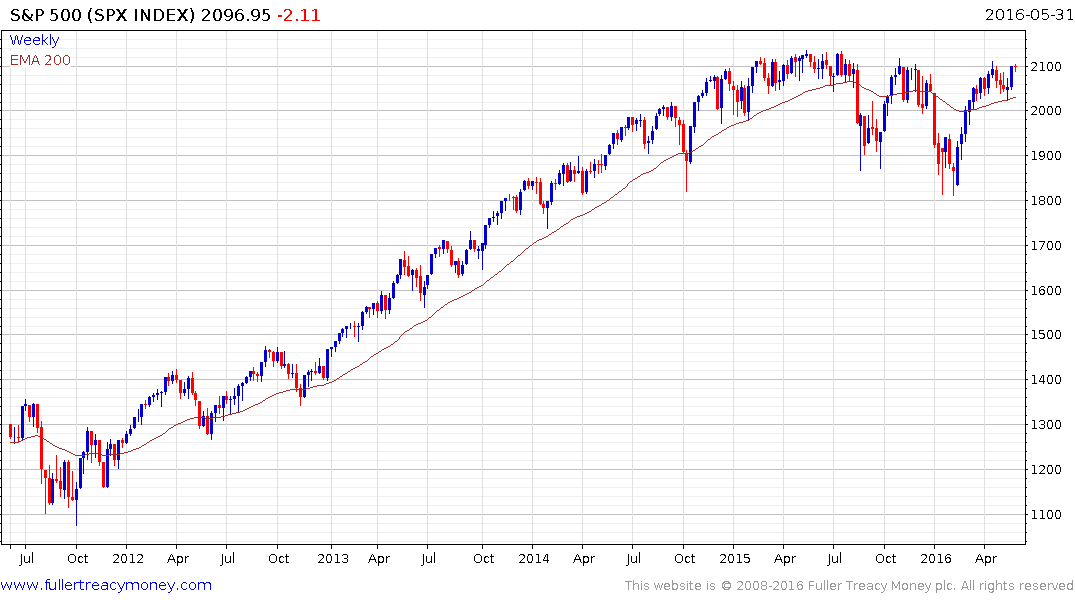 The S&P500’s consolidation over the last two months has been quite orderly so while there is scope for some unwinding of the very short-term overbought condition a sustained move below 2025 would be required to signal a return to supply dominance. 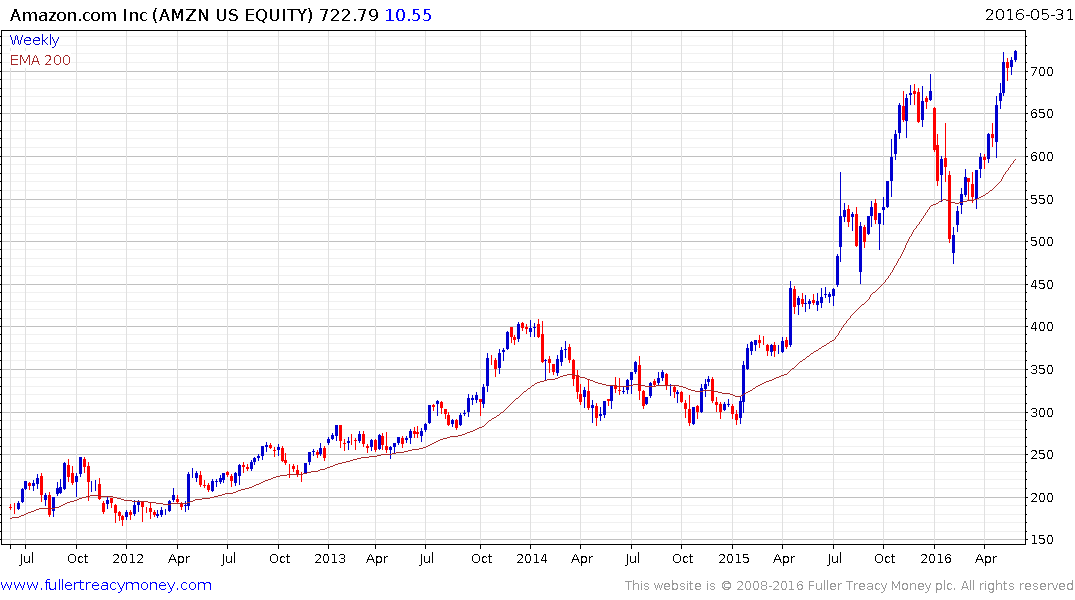 Amazon is the clearest beneficiary of increasing consumer confidence and is now accelerating higher. A break in the short-term sequence of higher reaction lows would be required to question the momentum driven rally and signal a peak of potentially medium-term significance.