Consumer Price Inflation in Japan: A 2022 Black Swan
Comment of the Day

A genuine inflation scare in Japan is hard to envisage, but that’s why it’s a real black swan risk -- a very low probability outcome with large repercussions. In contrast to the rest of the world, Japan has spent 2021 again vainly fighting consumer price deflation.

The immediate news peg is that Japanese industrial production this morning printed the largest month-on-month gain ever seen in data going back more than 43 years. Absolutely smashing expectations at 7.2% vs 4.8% forecast, which gives some idea of how much economists and markets might be underestimating the evolving story in Japan.

We also got the news that broker Daiwa Securities Group Inc. is preparing to raise base salaries for the first time in four years “because the prices of gasoline, food and other items closely linked to everyday life are clearly increasing,” said Chief Executive Officer Seiji Nakata in an interview with Bloomberg. This comes as the government is further pressuring companies to increase wages.

But the key point is that basic input costs are increasing -- Japan is a major energy importer amid a European energy crisis that is having global ramifications. Japan is seeing the fastest producer price inflation in more than 40 years, at 9% y/y, in a dynamic that economists, in aggregate, have underestimated for the past 12 months in a row.

Into this world of rising input prices and rising wages, we have record Japanese fiscal stimulus and extremely easy monetary policy.

Japan 2022 CPI is forecast at 0.7%, according to consensus forecasts on Bloomberg. But economists have proved spectacularly poor at anticipating inflation in 2021. Japan has a government debt pile that is ~250% of GDP -- a crazy burden which is easy to fund cheaply when no one fears any inflation threat ever. But it will result in an immense amount of losses for the largely domestic holders IF yields ever start a sustainable climb.

Rising commodity costs are putting upward pressure on inflationary expectations everywhere. Since Japan has been among the most aggressive in pursuing simultaneous monetary and fiscal stimulus, it is reasonable to expect that inflationary pressures will build.

Europe’s gas crisis is pulling cargoes away from Asia which is supporting prices and introducing supply uncertainty. Rough rice is back testing six-year highs and rubber has first step above the base characteristics. Crude oil is back in the region of the psychological ¥10,000.

Together with rising wages, the big question is how will the bond market respond? The Bank of Japan is the dominant player in the JGB market and has been an active buyer every time yields have rallied above 0.1% since early 2017.

Nothing has happened to question their resolve in ensuring a sharply negative real interest rate environment. Until that changes, the relative comparison with policy developments among other developed markets is likely to put further downward pressure on the Yen. 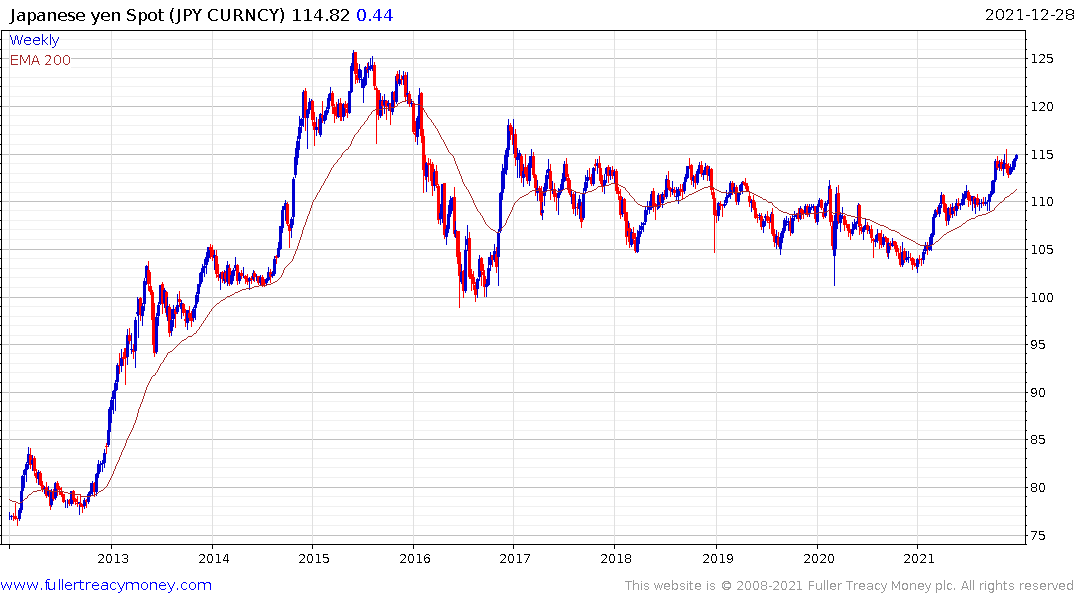 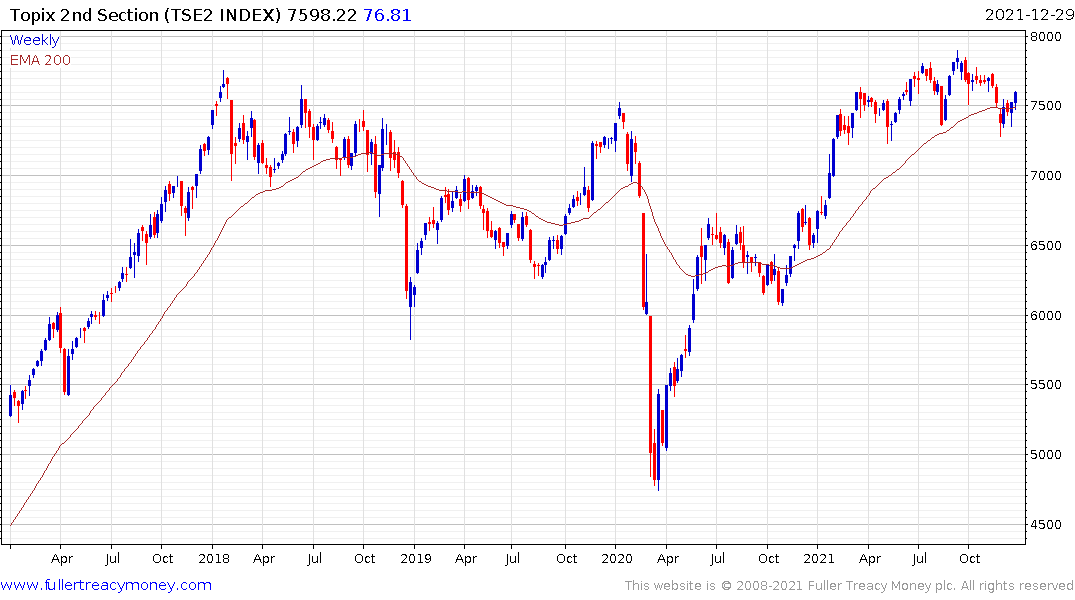 The Topix 2nd Section Index rebounded from the region of the trend mean in a dynamic manner today. 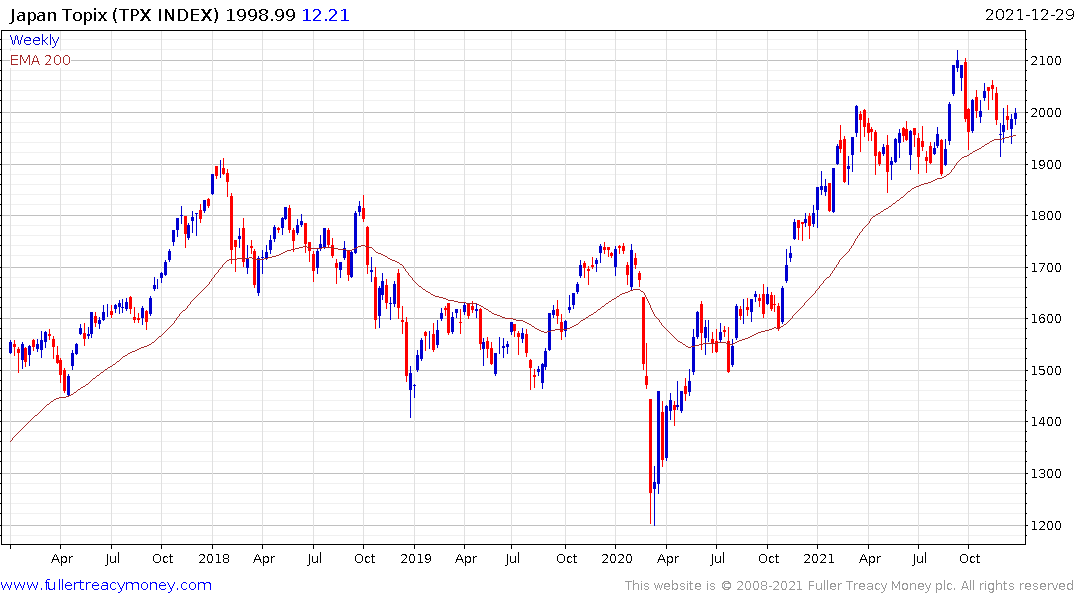 Both the Topix and the Nikkei-225 are firming from their respective trend means.

Longer-term, the rest of the world is heading in the same direction as Japan. The ECB was not able to raise rates in the last cycle and will have some difficulty in doing so in this cycle too. The Fed is talking about raising rates and already has a significant yield premium over Europe and Japan but how realistic is a yield above 2% when raising taxes is a nonstarter for both parties?

Japan is worth monitoring because it has been dealing with these questions longest. It is where an inflationary cycle is likely to have the most positive effects for asset prices.