Our 2020 Outlook in Brief: We see easing monetary policy and trade relief helping global growth to inflect higher, but in the US see only a stabilization at sub-2% GDP growth with continued risks to corporate margins as labor markets tighten further. Near term, central bank liquidity and positive seasonality could help the S&P 500 overshoot the upper end of our 2020 year-end bull case of 3,250, but by April, we believe the liquidity tailwind will fade and the market will focus more on fundamentals. Uncertainty means rotations should continue and their durability will depend on whether growth is accelerating or decelerating. We expect the market to vacillate between a pro-cyclical outcome and a defensive one as data comes in and trade tensions and the election evolve. We slightly favor the more defensive outcome given our well below consensus forecast for S&P 500 earnings growth next year (flat versus approximately 10% growth for the bottom up consensus). We remain overweight Consumer Staples, Utilities and Financials as the lowest risk means of participating in sporadic pro-cyclical upside.

The stock market is one of the best lead indicators we have. It is literally a discounting mechanism and yet a cottage industry has evolved attempting to predict when the next economic contraction is going to take place. The number of such indicators has proliferated over the last year with alarm being expressed from many corners that a recession is a virtual certainty in the near term. Let’s think instead what the consistency of the trend tells us. 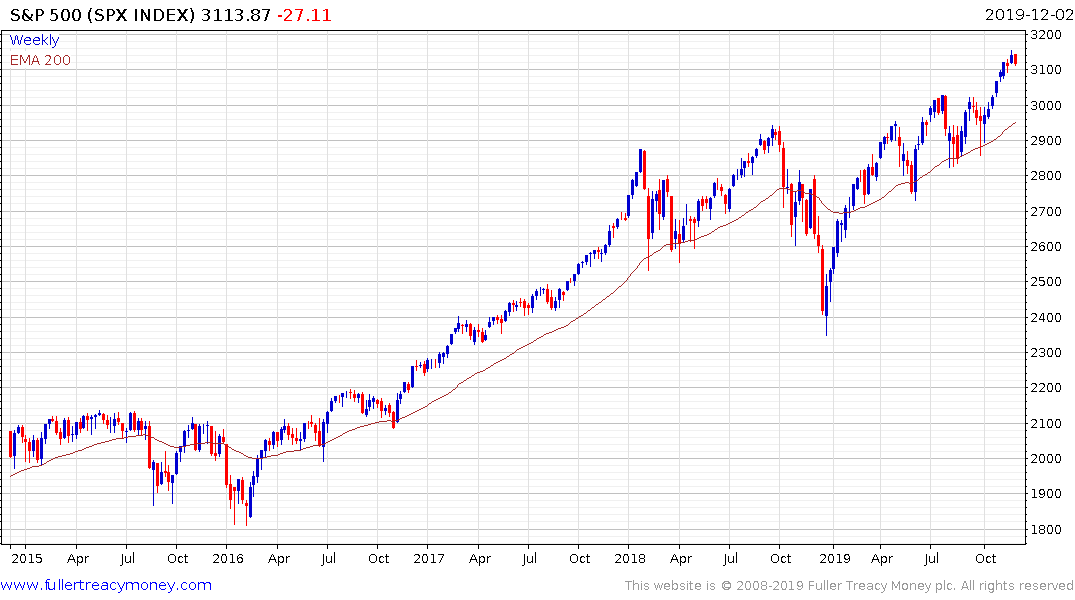 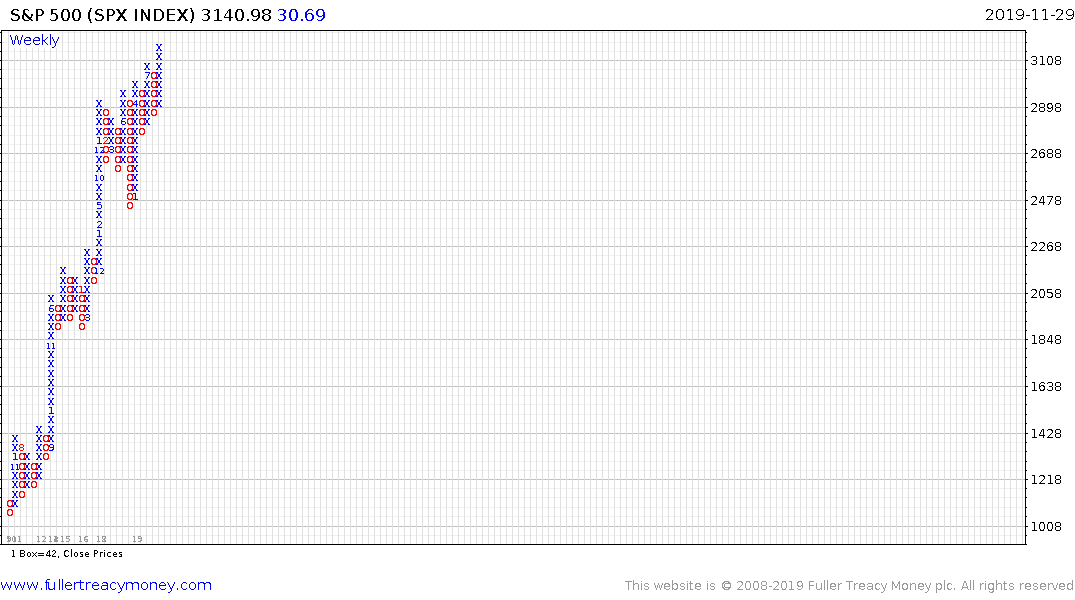 The S&P500 has posted three 18-month consolidations in the last decade and each of those more volatile periods has found support in the region of the 1000-day moving average. Breakouts from these ranges have been sustained and the subsequent trending phases has been impressive both in terms of how much they have gained but in the low volatility of the advances.

Since a consistent trend is a trend in motion, we can expect this pattern to persist until we have evidence to the contrary. Therefore, the breakout seen over the last couple of months should hold and the ensuing advance should be impressive in its persistence. In other words, the surprises should be on the upside.

Let’s script what an ending might look like. A wide acceleration relative to the long-term moving average would certainly signal acute risk of a correction but a sustained move below the long-term MA would confirm a change of the long-term trend. Near-term a failed upside break would suggest ample supply at elevated levels which would be a warning of the bullish argument.