Quantitative Easing Is Strong Gold Tailwind. Gold is in the early days of resuming the bull market that started about 20 years ago, in our view. The financial crisis and inception of central-bank quantitative easing (QE) accelerated the metal's upward trajectory then, and we see parallels that are likely more enduring this time. Our graphic depicts the potential upside in spot gold toward $3,000 an ounce vs. about $1,770 on June 26, if simply following the trajectory of the G4 central-bank balance sheet as a percent of GDP. Central banks essentially printing money to spur inflation is a solid foundation for the benchmark store of value.

Gold bottomed at about $700 in 2008 and peaked near $1,900 in 2011. A similar-velocity 2.7x advance from this year's low-close near $1,470 would approach $4,000 by 2023. Rising Stock-Market Volatility a Gold Launchpad. If gold's relationship with equity volatility that's mean-reverting higher and the financial crisis is a guide, the metal has plenty more upside potential vs. downside risks. Our graphic depicts the 100-week moving average of the CBOE Volatility Index (VIX) bottoming from the life-of-index low in 2018, like it did in 2007 before the financial crisis and which accelerated gold's rally. There are potential parallels to about a decade ago. A key difference is the metal has had a substantial correction and appears to be in the early days of resuming a bull market. 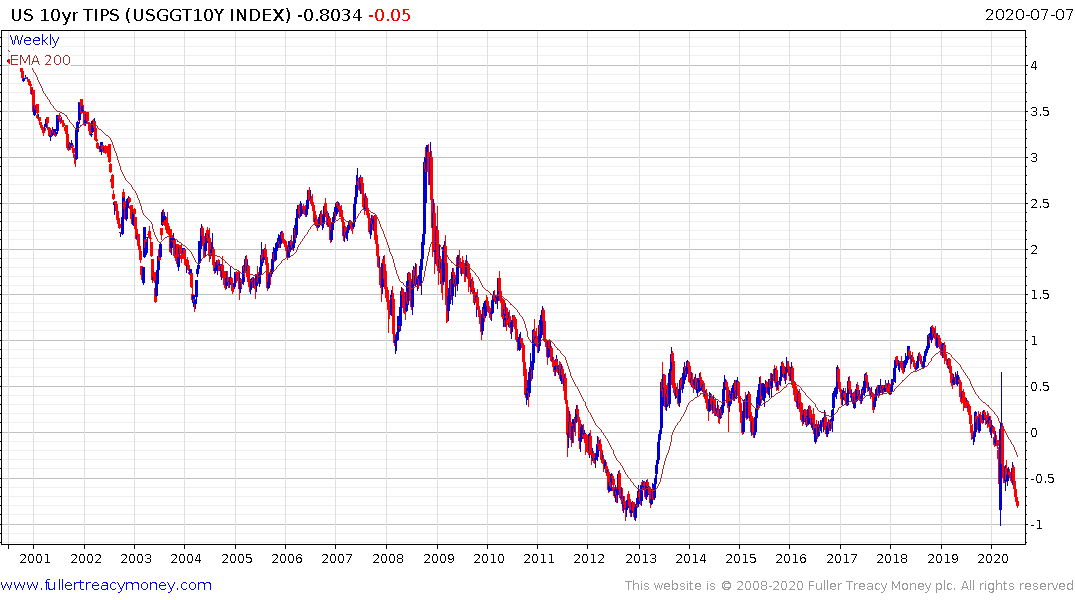 Right now, the TIPS yield is back testing the lows of the last decade which is a clear sign investors are concerned with deflationary forces. 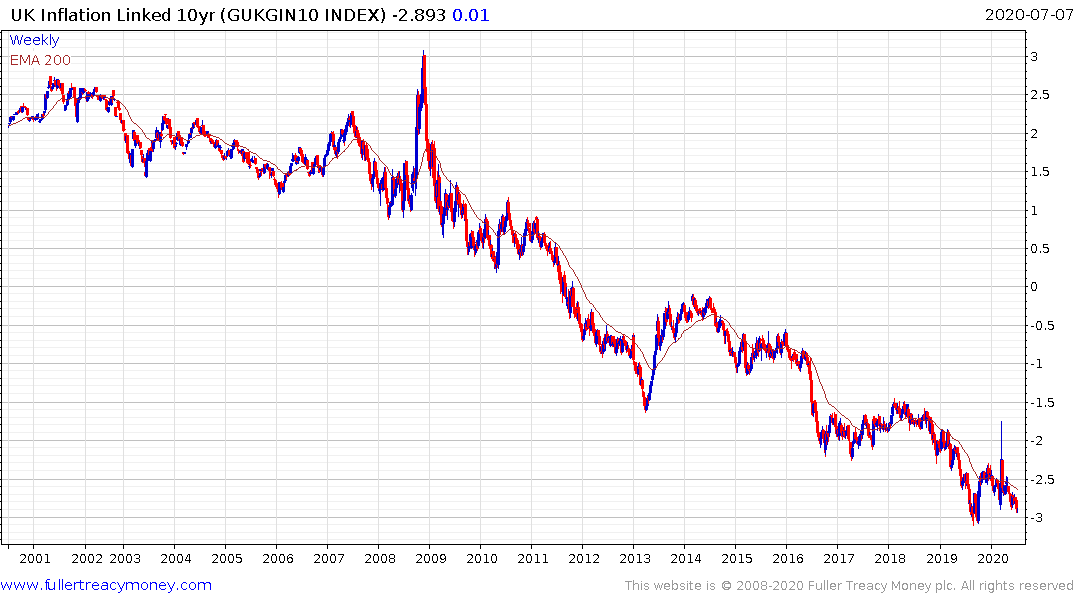 UK Inflation Protected Securities’ yields are back testing the -3% level. Those negative yields are a clear tailwind for gold. 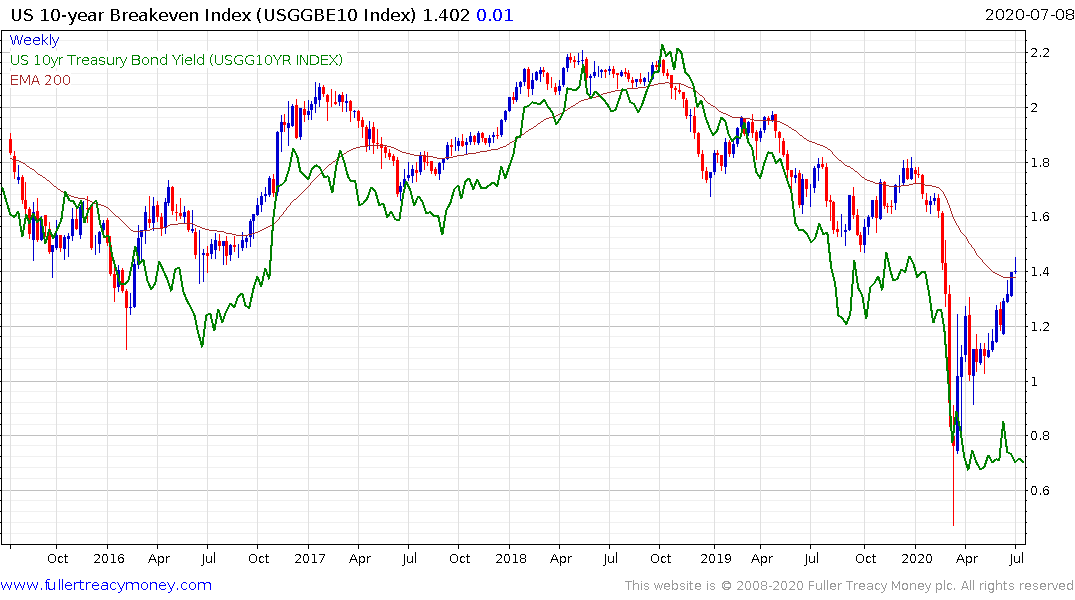 The fact that breakeven rates are trending higher but the 10-year yield is still confined to a range is all the evidence bond investors need to conclude yield curve control is already underway. That’s also a tailwind for gold because it supportive of the financial repression hypothesis. 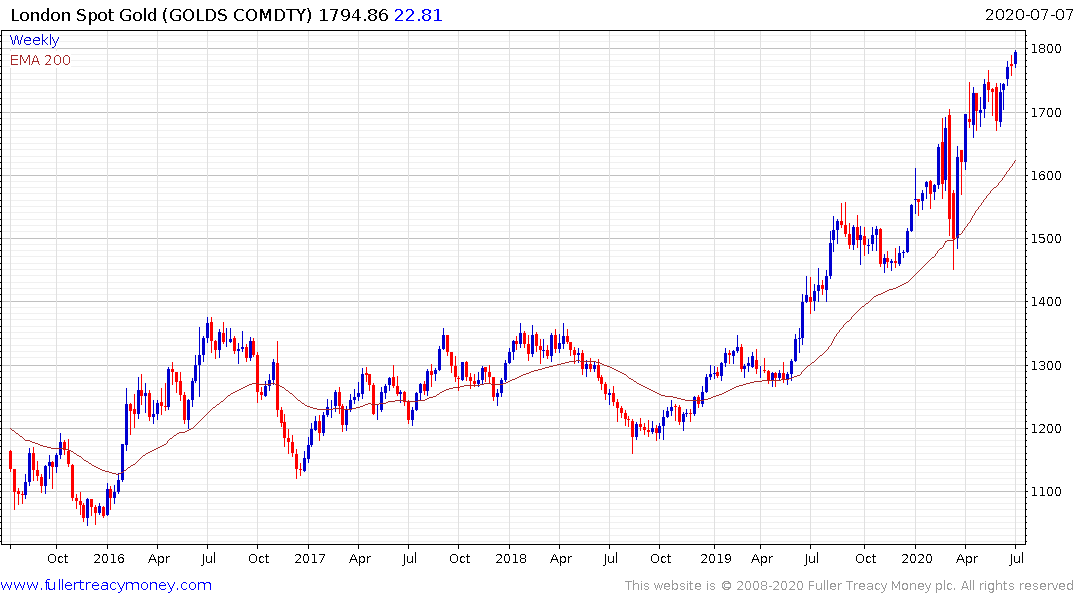 Gold broke above $1800 today but is also firming in just about every other currency. That helps to illustrate the point that financial repression is now a truly global phenomenon. 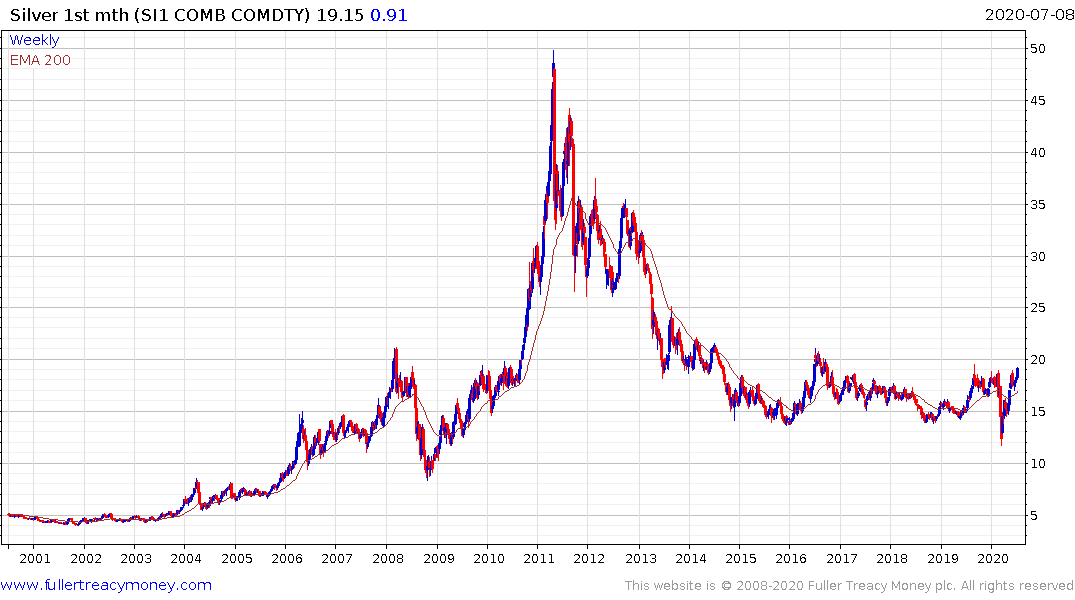 Silver is now beginning to attract interest and gold share broke on the upside today too. The 2nd Psychological Perception Stage of a precious metals bull market is generally when silver starts to outperform in a big way. A sustained move above $20 will complete the base. 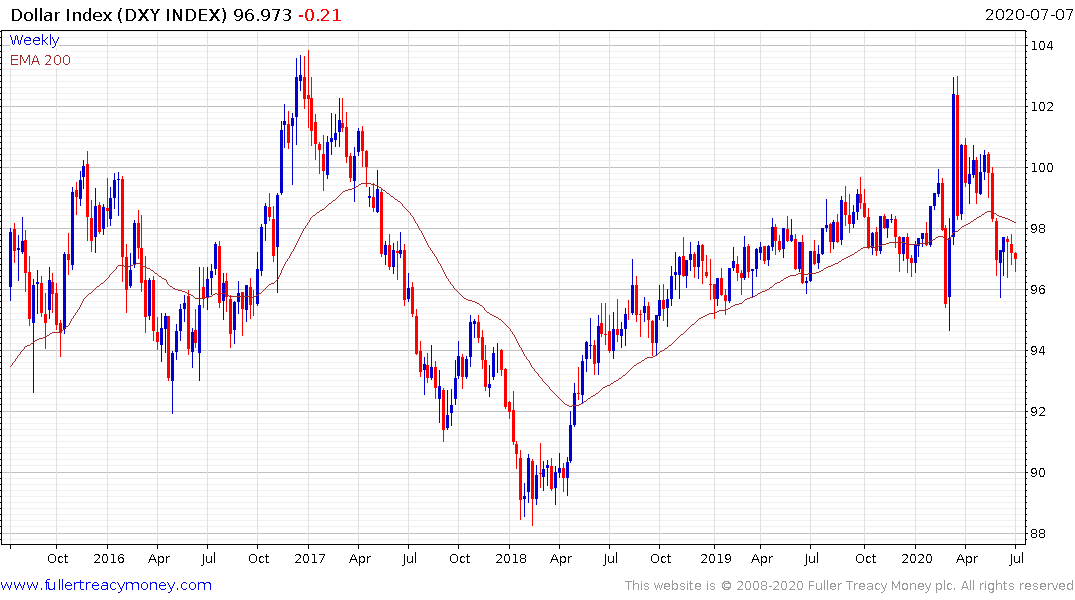 Concurrently, the US Dollar is susceptible additional weakness. It is increasingly likely the currency’s lengthy period of outperformance is over.