Commerce: a force for good
Comment of the Day

Commerce: a force for good by Eoin Treacy

The success of millions of independent business owners is critical to our world’s economic prosperity. Every new business adds more value to the world. It’s not a zero-sum game, and commerce benefits from more voices rather than fewer. But entrepreneurship is challenging. That’s why we remove barriers and friction for independent business owners. We create tools for anyone, anywhere, to start and grow a business and impact the global community.

A recent article quoted Shopify’s CEO as saying. “Amazon wants to be an empire,” he said. “At Shopify, we are arming the rebels.”  I couldn’t help but smile at that statement. There is no doubt that the software companies like Shopify and Wix.com sell, which allows anyone to create an ecommerce site in a couple of hours, is a major innovation. However, the job of marketing that website so it can find clients is an altogether more involved process.

One of the most famous Shopify stores is Kylie Jenner’s make-up store. She is the youngest self- made billionaire in history because she was able to leverage her social media persona into sales for her own-brand cosmetics on her store. The question therefore is whether Facebook or Shopify did more to facilitate her economic success? I suspect social media wins that war. 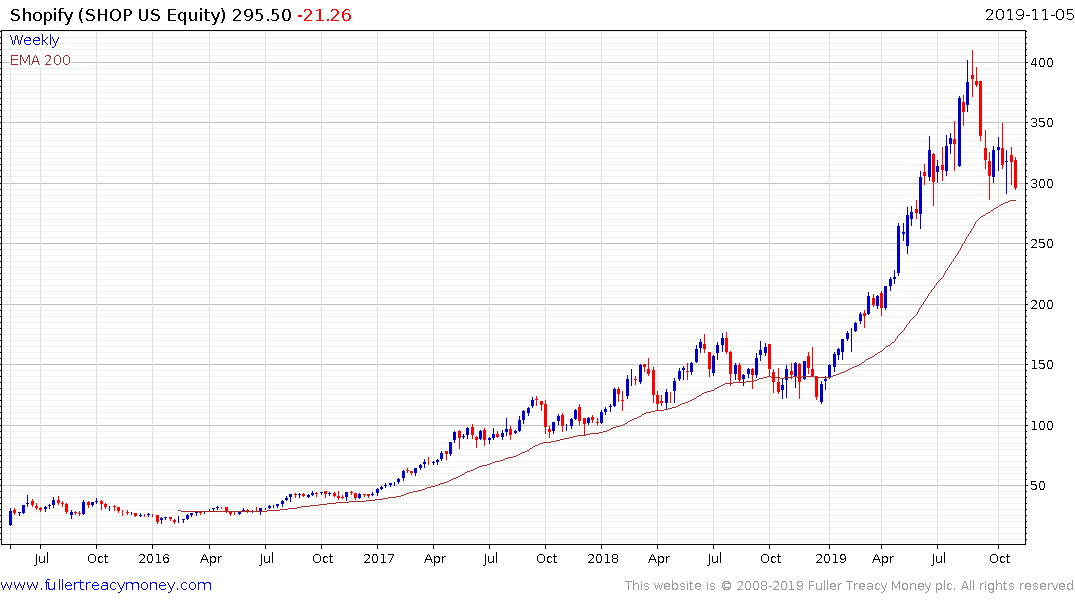 Shopify is now back trading in the region of the trend mean and needs to demonstrate support soon if medium-term scope for continued upside is to be given the benefit of the doubt. 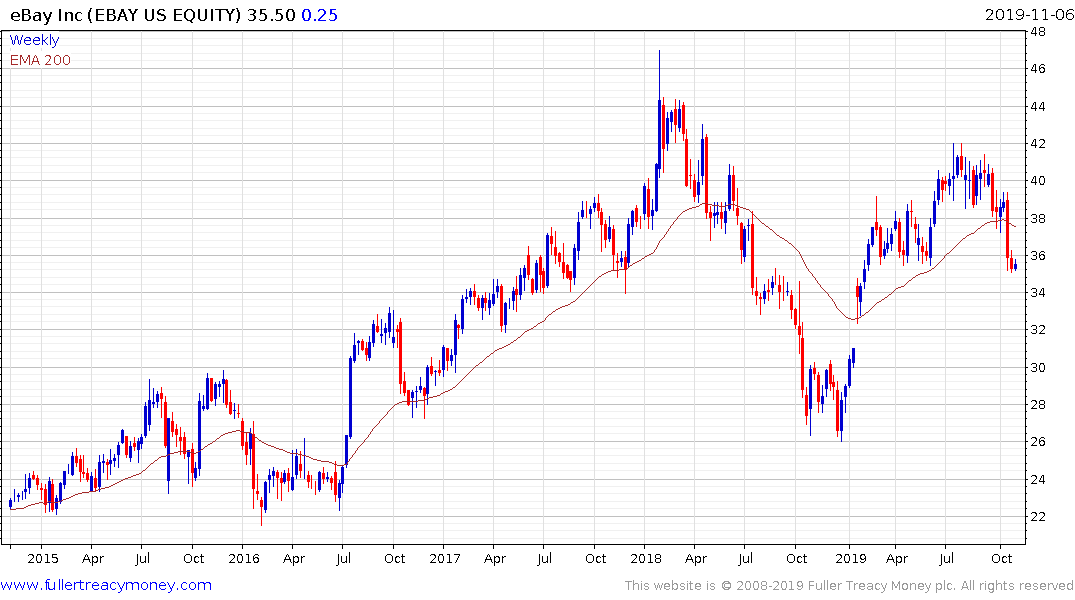 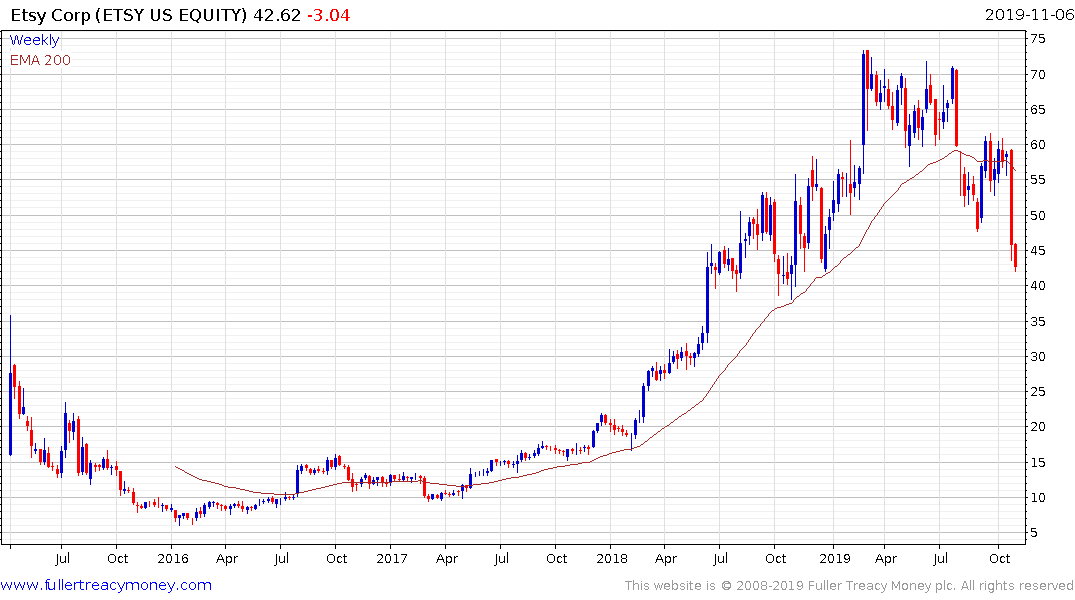 eBay and Etsy both dropped below their respective trend means in the last couple of weeks. 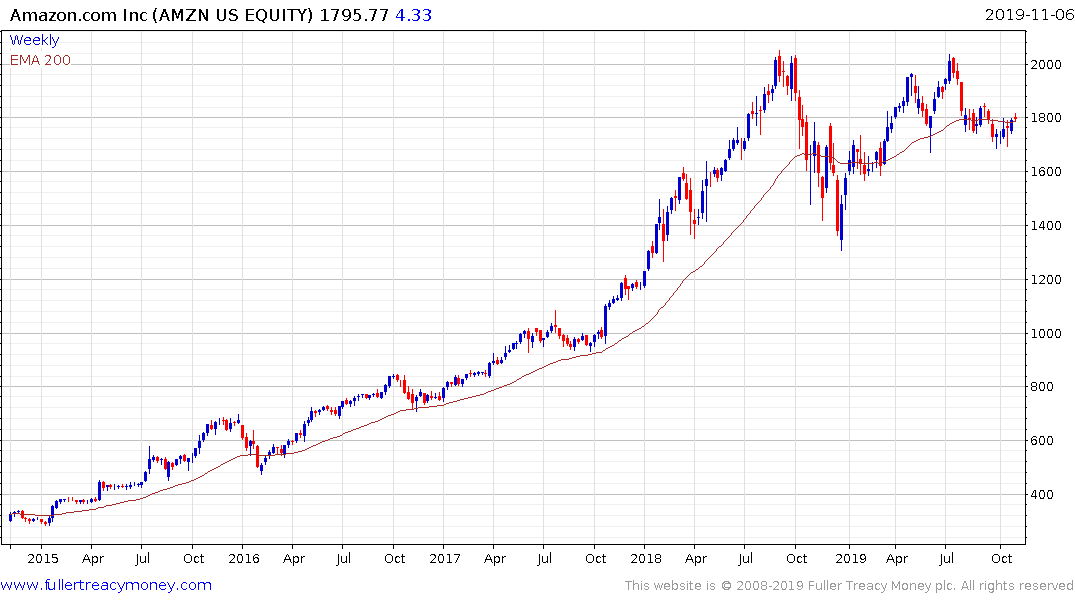 Amazon has bounced over the last couple of weeks from the psychological $1700 level but needs to do more to demonstrate a return to demand dominance beyond the short term. 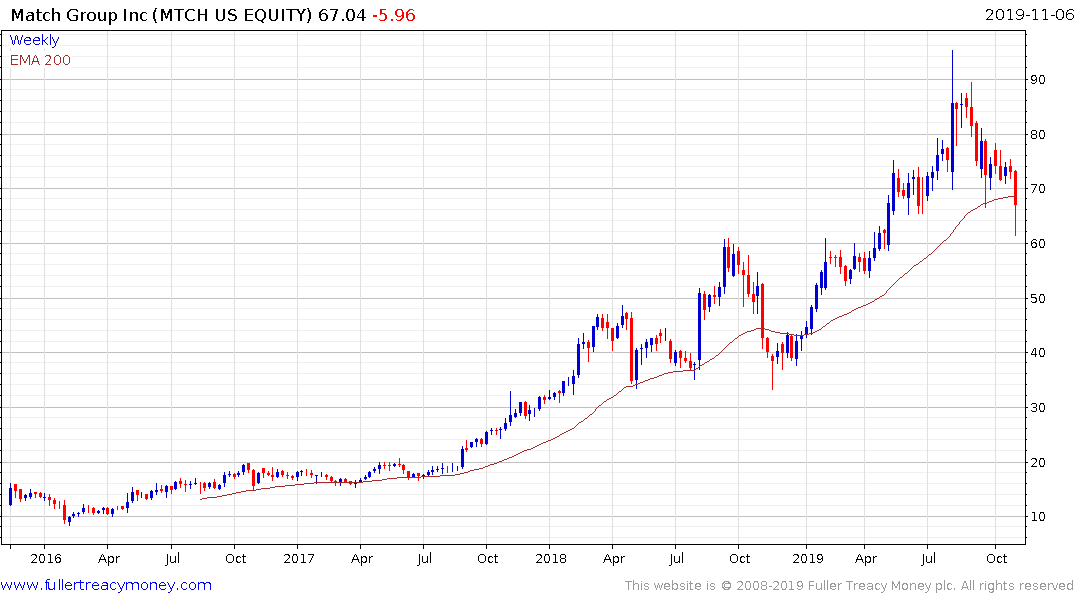 The decline in Match Group today, which is not an ecommerce site but is dependent on consumer demand, is further evidence of a rotation out of higher growth consumer plays.