The rules for London’s financial services firms may still be uncertain after Brexit, but one result is already clear: a steady stream of people and business leaving Europe’s financial capital. First it was stock-trading, now fund managers. They are concerned about a Brussels-shaped threat to $2 trillion of business. As Lucca de Paoli and Silla Brush report, the EU is considering tightening the rules on delegation, meaning the management of some assets could be forced out of London.

Thousands of traders and salespeople have already moved out of London since the 2016 referendum. But the next wave is likely to include the high-flyers who advise on strategy, mergers and the raising of capital, according to more than a dozen officials at global institutions. Goldman Sachs Group Inc., for one, is moving senior London investment bankers to the continent. The problem, as Eyk Henning and Jan-Henrik Förster report, is that U.K. bankers can no longer directly pitch transactions to EU

corporate clients. They need a chaperone, a colleague within the EU to initiate contact. And one European regulator has already warned firms against trying to game the system.

The backdrop to all this is the negotiation between the EU and U.K. over regulatory equivalence. Unless the EU determines that Britain’s rules are as strict as its own, U.K. firms won’t be able to offer their services directly to clients in the bloc.

The problem for London is that equivalence is entirely in Brussels’ gift – and it’s hard to see what incentive EU member states, which have long lusted after a slice of London’s business, have to grant it soon. If anything, there’s an incentive for them to prolong the uncertainty and lure business away.

The presence of a deal has eased investor fears of an abrupt change to the status quo. However, the relationship between the UK and EU has been changed and the full implications of that will only become obvious over time. The one thing we do know is the EU is going to attempt to take the most possible advantage of the new environment and the UK will do the same.

The EU has a long history of protectionist policy and that is only going to be more of trend as it becomes more insular and seeks to draw a clear line between what membership and non-membership of the bloc looks like.

For the UK’s part it has to do everything possible to enhance independence from reliance on the EU. That’s particularly true for both food and energy. Measures to enhance domestic productivity relative to the EU are inevitable. The question is how will the workforce respond to need for greater efficiency without significant pay increases. 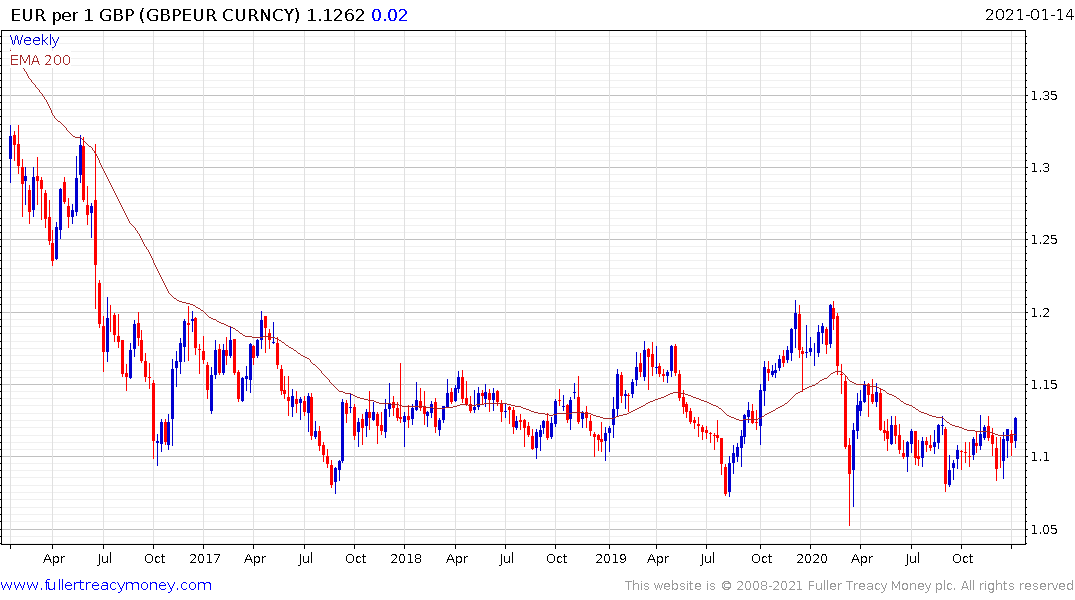 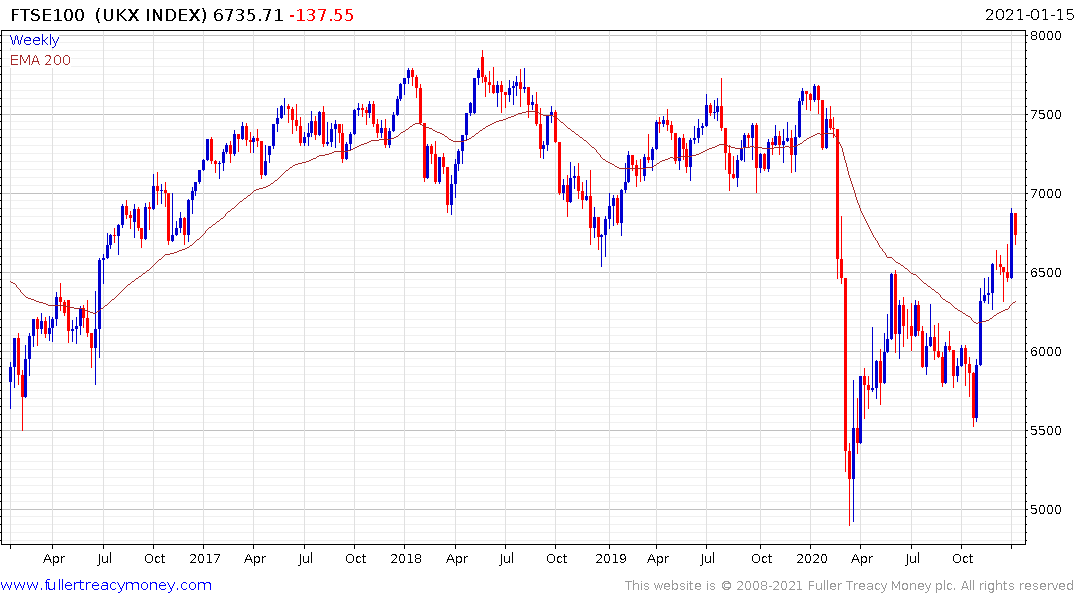 The Pound continues to exhibit base formation characteristics against the Euro and the stock market continues to trade at a relative discount to other developed stock markets. That suggests the UK will be an attractive region for international investors going forward provided the rollout of post Brexit measures is reasonably smooth.