Ken Griffin’s Citadel has once again found itself at the center of a WallStreetBets drama, this time over the firm’s holdings of silver.

The precious metal has become a popular buying target for retail investors keen to inflict losses on hedge funds, after posts on WallStreetBets claimed the market was ripe for a short squeeze. Yet some members of the Reddit forum have responded with pleas to avoid the trade, saying Citadel stands to benefit as a major holder of the largest silver exchange-traded fund. “CITADEL IS THE 5TH LARGEST OWNER OF SLV,” one WallStreetBets user wrote on Sunday, referring to the iShares trust’s ticker symbol. “IT’S IMPERATIVE WE DO NOT ‘SQUEEZE’ IT.”

The short-term pop in GameStop might have been driven by a band of retail investors and some sharp hedge fund players. The narrative has been a David and Goliath story where retail investors extract a measure of justice for the foreclosure crisis after the Global Financial Crisis. Meanwhile the narrative in silver is also a David and Goliath story, where retail and institutional investors face off against central banks and their inflationary policies. 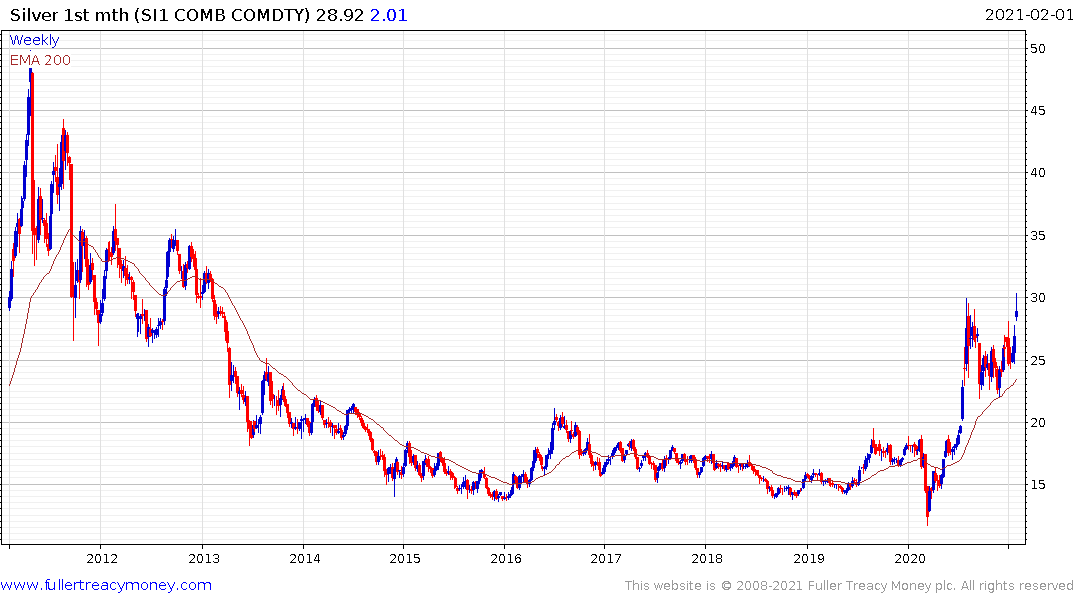 Silver jumped back to test the $30 area today. A sustained move above that level would complete the first step above the base and confirm a return to medium-term demand dominance. It eased back from the peak again today but this is bullish activity overall. 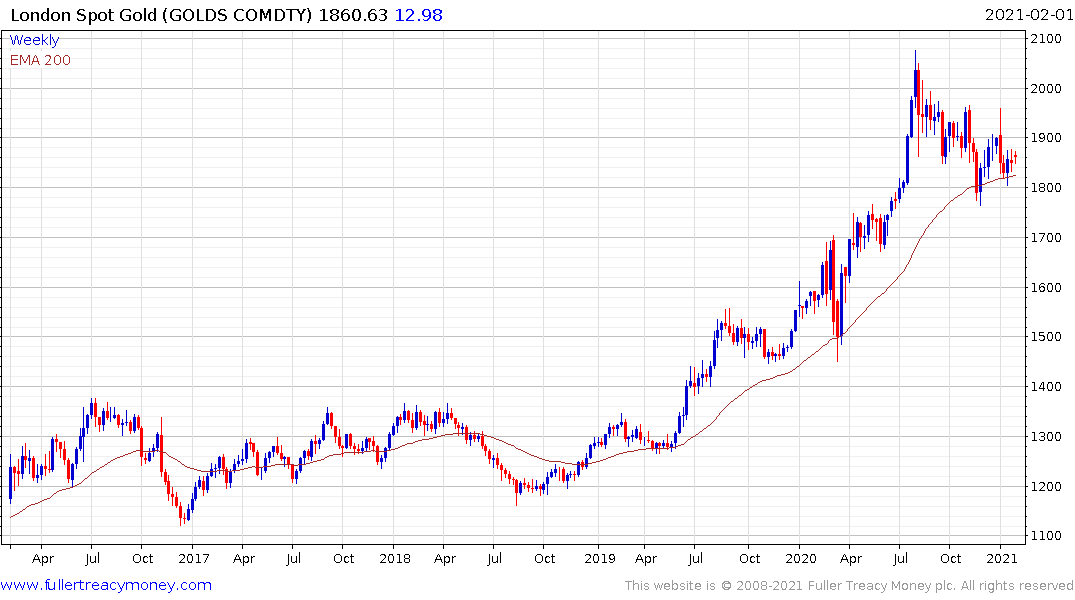 Gold is a much bigger market and also firmed from the region of the trend mean. 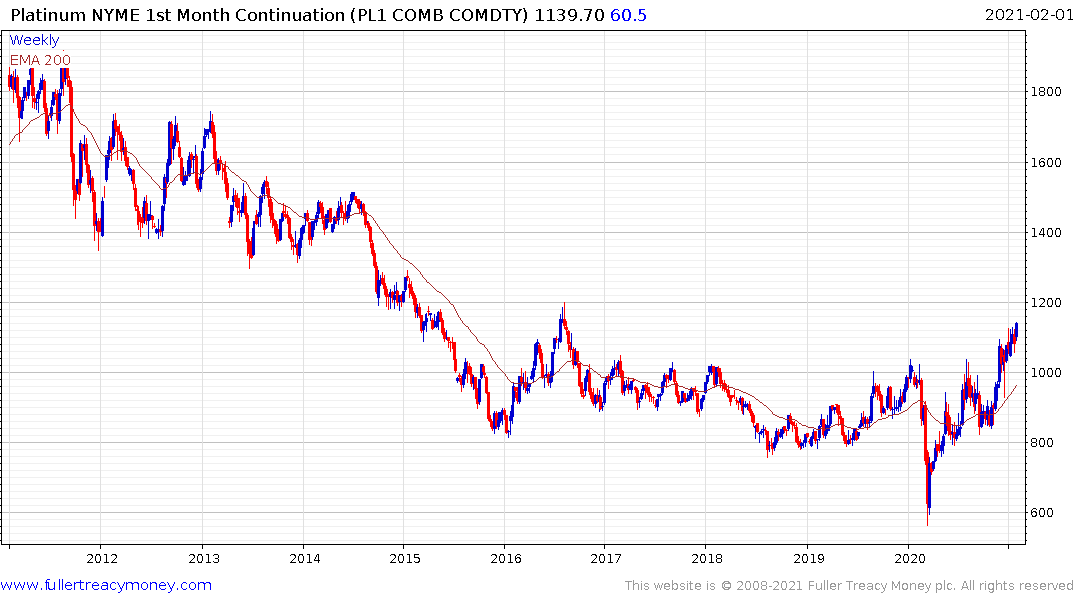 Platinum continues to rebound and retested its recovery high today.

The thing to remember about precious metals is that precious metals tend to range for prolonged periods. These periods are followed by explosive breakouts where the majority of the gains from the bull market are posted. Subsequently we see big shake outs, but the higher floor levels are sustained and a new range forms.

This secular bull market is unfolding much quicker than the bull market that began in the early 2000s. The weight of money is so much greater today that it is creating urgency to lock down ownership for real assets.