Semiconductor revenue is poised to top half a trillion dollars in 2022 for the first time ever.

But chipmakers are pursuing another milestone that may be even more ambitious given their famously boom-and-bust past: sustained growth. If estimates hold, 2022 could be the first time in decades that the industry posts a third straight year of sales increases.

Sales are jumping as computer chips spread to every part of consumers’ lives, becoming essential components of products from cars to smart devices to clothing. Surging demand during the pandemic also resulted in a shortage that is only now beginning to ebb; customers are still snapping up semiconductors as fast as the chipmakers can roll them off production lines.

The continued growth would mark a turning point for a chip market locked in a vicious cycle for nearly its entire history. Demand surges; chips fill up warehouses and supply chains, creating a glut; then sales crash. It has happened again and again, to the point that investors take the situation for granted.

Now, chipmakers like Intel Corp. and Micron Technology Inc. argue it’s different this time around. And they may be right. Chips are used in so many products these days, rather than being concentrated in computers and mobile devices, that the risk of a glut is lower.

A global chip shortage and supply-chain snags also make it less likely that semiconductor companies are facing a crash anytime soon. Most industry executives have cautioned that the shortage won’t ease until the second half of this year, with some products continuing to be delayed by the scarcity of parts into 2023. While the industry may never be able to escape its roller-coaster nature, the current demand boom may last until 2025.

Even though the chip industry is now less reliant on computers and smartphones for sales, those remain its biggest growth drivers. The much-touted automotive sector is a relatively small market -- but climbing -- on course to provide about 10% of industry sales.

If there are years of growth ahead, the chip industry will need to expand capacity. That could be a slog. Factories cost billions of dollars and take years to bring online. On the plus side, the tight supply will make it all the easier for chips to avoid another crash.

Turning a cyclical business into a noncyclical business is extraordinarily difficult. It’s been possible for software companies like Microsoft and Adobe because they have streamlined their production cycle and have nonfungible products consumers can’t do without. Media attention focuses on the semiconductor sector’s newest technology but most production is commoditised; relying on high volume and thin margins. I don’t see how that can avoid cyclicality. Many businesses overordered during the pandemic so they will not need to sustain that pace of order growth.

The Philadelphia Semiconductors Index has posted a number of failed upside breaks and outside days over the last two months. This is not a bullish signal despite the fact prices are in the region of all-time highs. 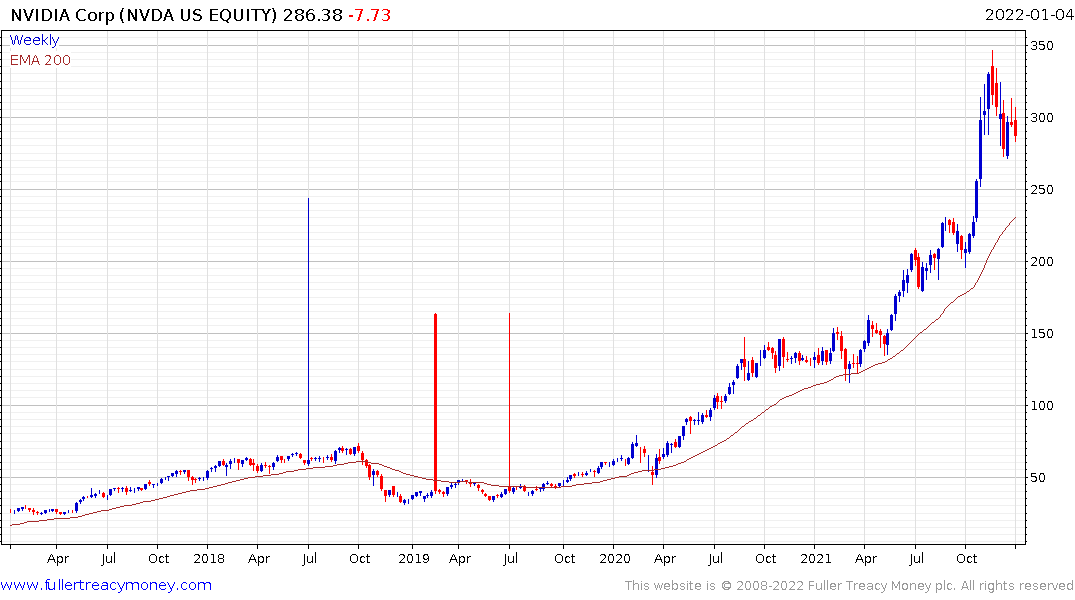 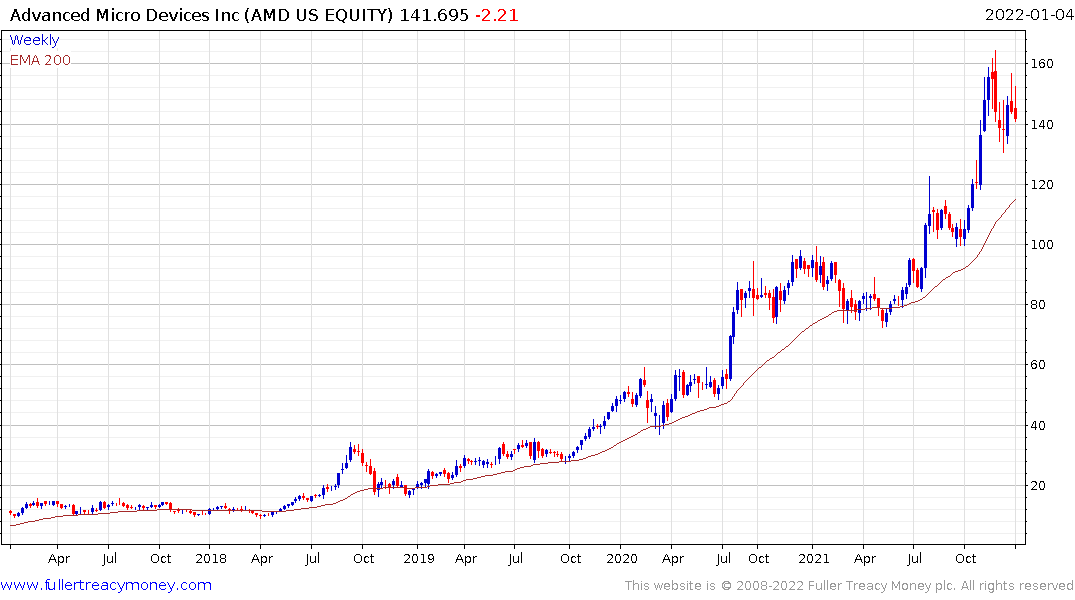 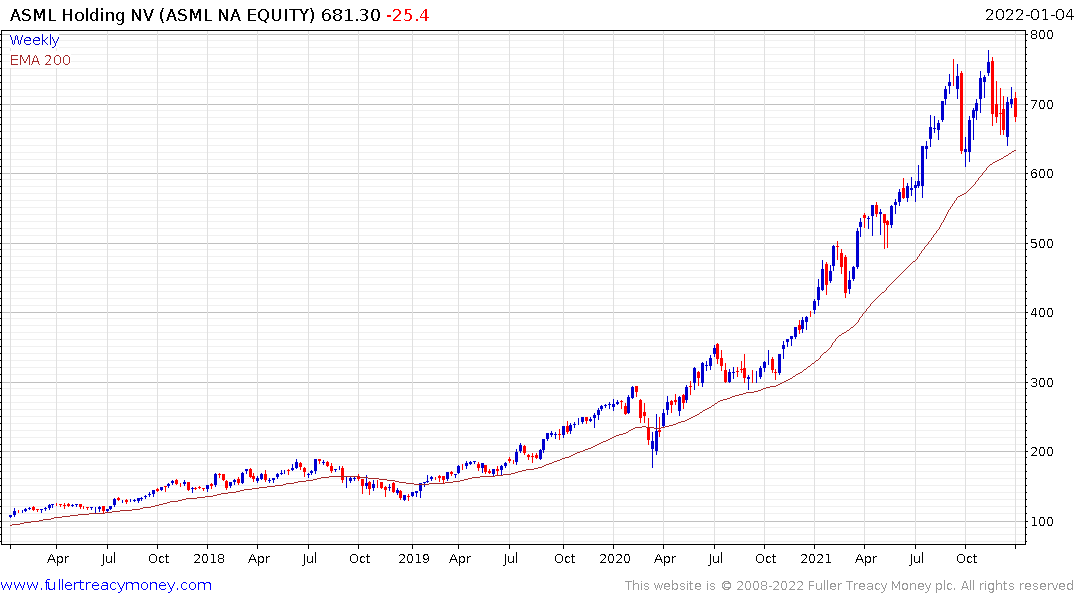 Some of the champions of the sector like NVidia, AMD and ASML are now underperforming. 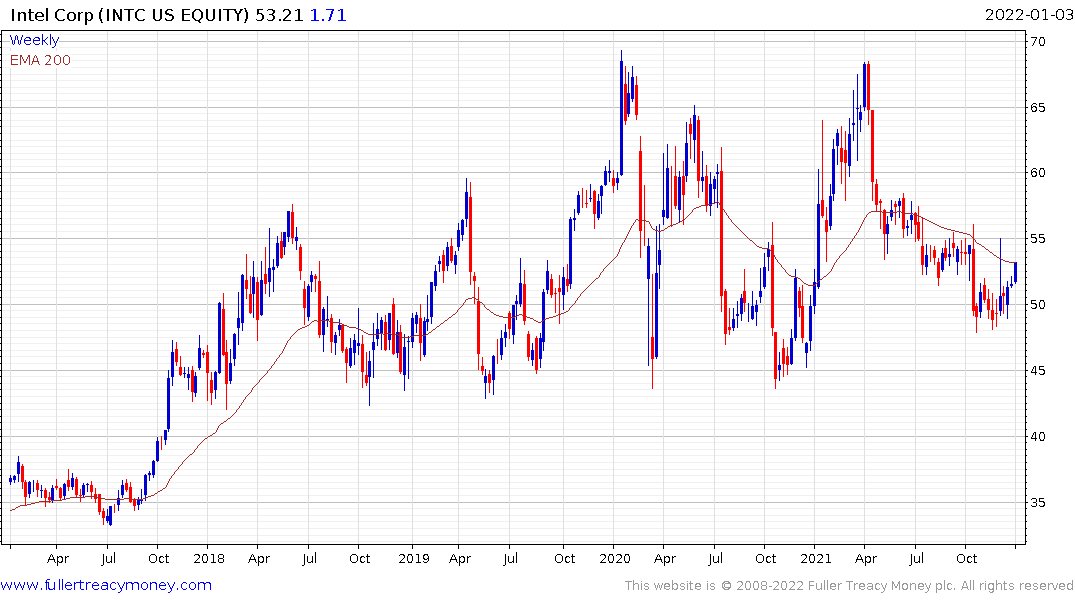 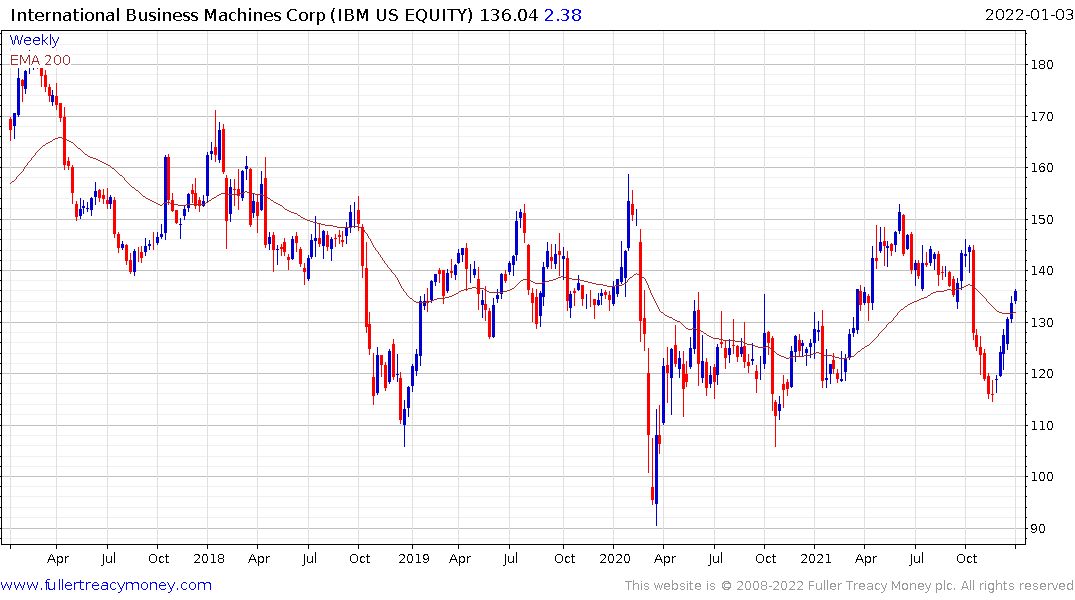 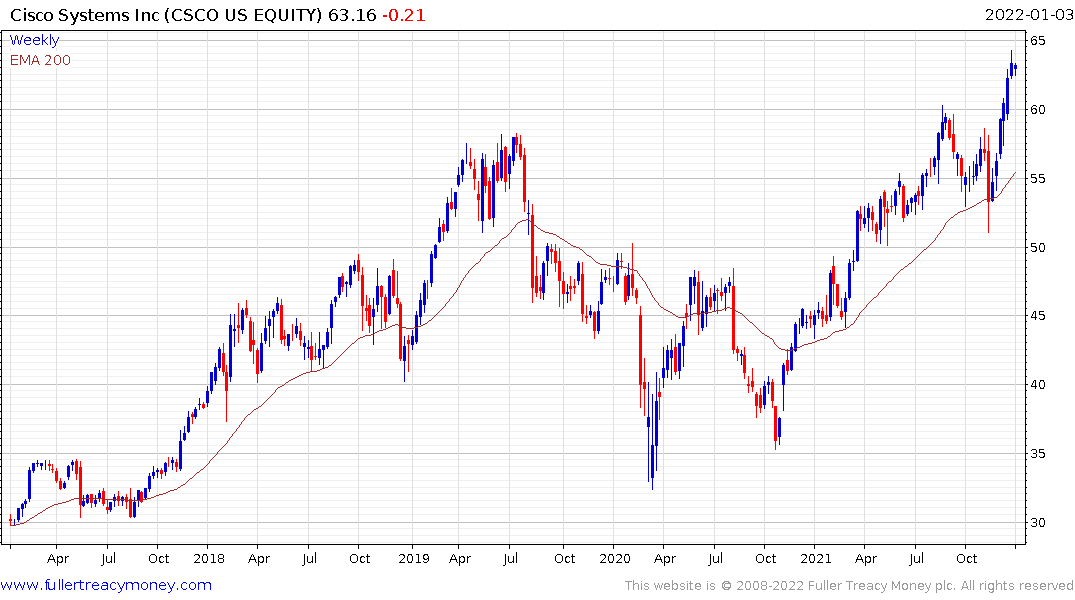