Chinese Surveillance Is Literally Getting in Workers' Heads by Eoin Treacy

Here’s how it works. Lightweight sensors embedded in workers’ hats or helmets wirelessly transmit the wearer’s brainwave data to a computer — it probably works a bit like an electroencephalogram (EEG), as MIT Tech Review notes. Then, artificial intelligence (AI) algorithms scan the data, looking for outliers that could indicate anxiety or rage.

Some organizations use the sensors during routine work, while others embed them in virtual reality (VR) headsets to monitor workers’ emotions during training exercises.

We don’t know exactly how many workers have been subjected to this surveillance system, but the SCMP article does say the technology is being deployed “on an unprecedented scale” in China.

At least a dozen Chinese factories and businesses are using the emotional surveillance system to monitor workers, according to the SCMP report. Manufacturing company Hangzhou Zhongheng Electric uses it to keep tabs on production line workers, while State Grid Zhejiang Electric Power monitors workers as they help the company provide power to the Zhejiang province. The nation’s military, public transportation companies, and various state-owned businesses use it, too.

It turns out George Orwell was not imaginative enough when he came up with the premise for 1984. I have to admit my favourite book of all time is the Master and Margarita because it so expertly challenges the mores of one society with what are held out to the reader as objective facts quite beyond the lexicon of many of the characters.

China is headed in an interesting direction with its intention to monitor, and indeed control, the actions and thoughts of its citizenry. The only thing we can rely on the Communist Party apparatus to do is follow through on any idea that will ensure its own survival so the potential for progressively tighter monitoring of every action of life is very real indeed.

For the corporate sector that means a great deal more oversight from the government. The medium-term risk is the profit motivation will be subsumed by state interests which is why China deserves an additional risk premium.

Meanwhile the primary technology companies, tasked with delivering the artificial intelligence and other tools to fulfill the state’s population oversight ambitions have the potential to benefit from additional spending. 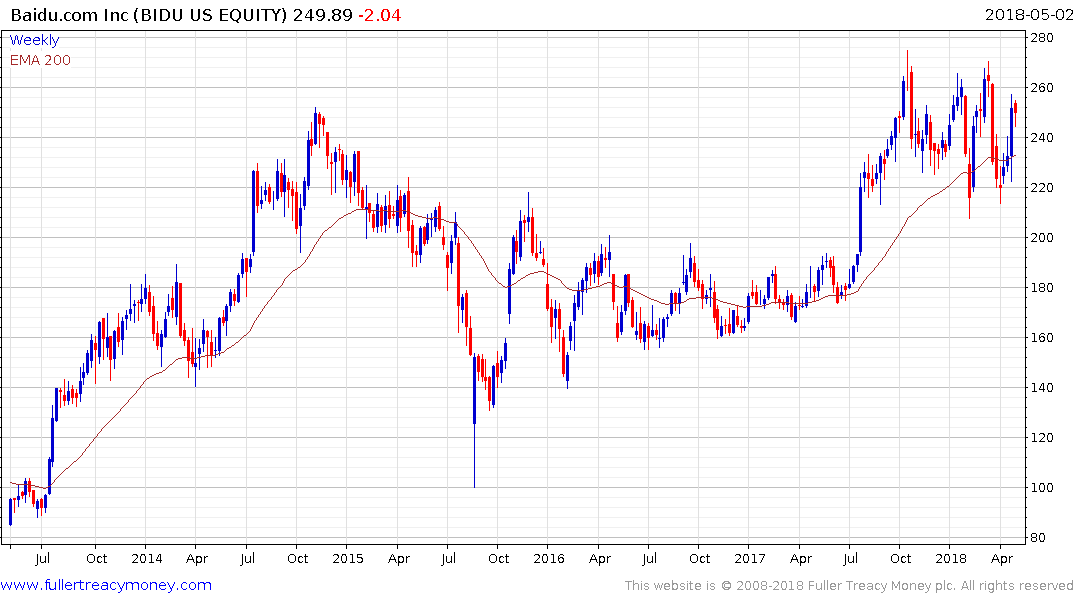 Baidu has rebounded from the region of the trend mean and a sustained move below it would be required to question medium-term scope for additional upside. 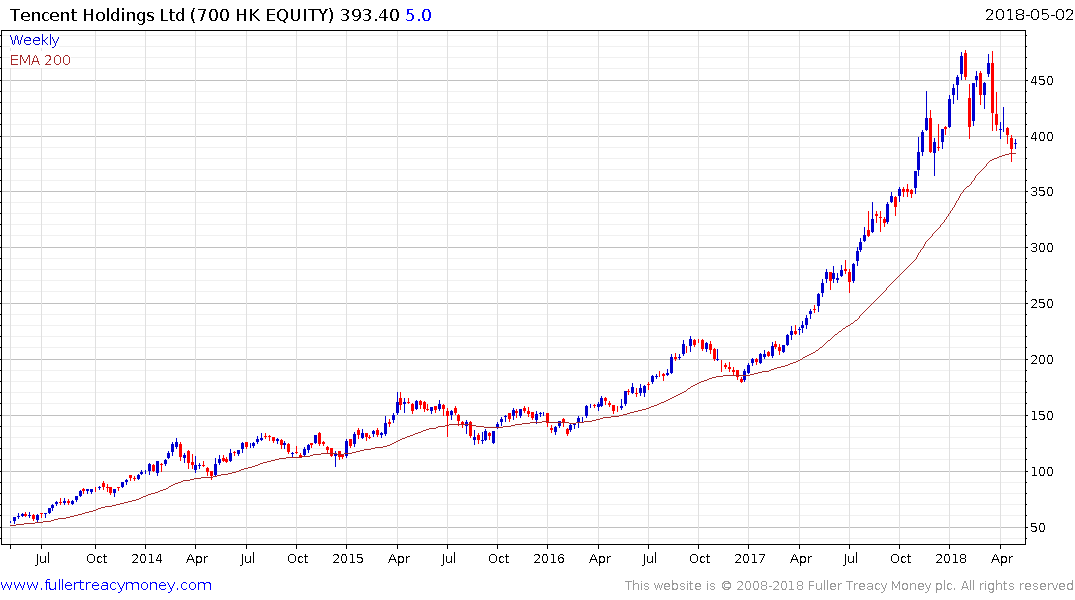 Tencent Holdings has at least paused and is now testing the region of the trend mean. It will need to demonstrate support in this area if medium-term potential for continued upside is to be given the benefit of the doubt. 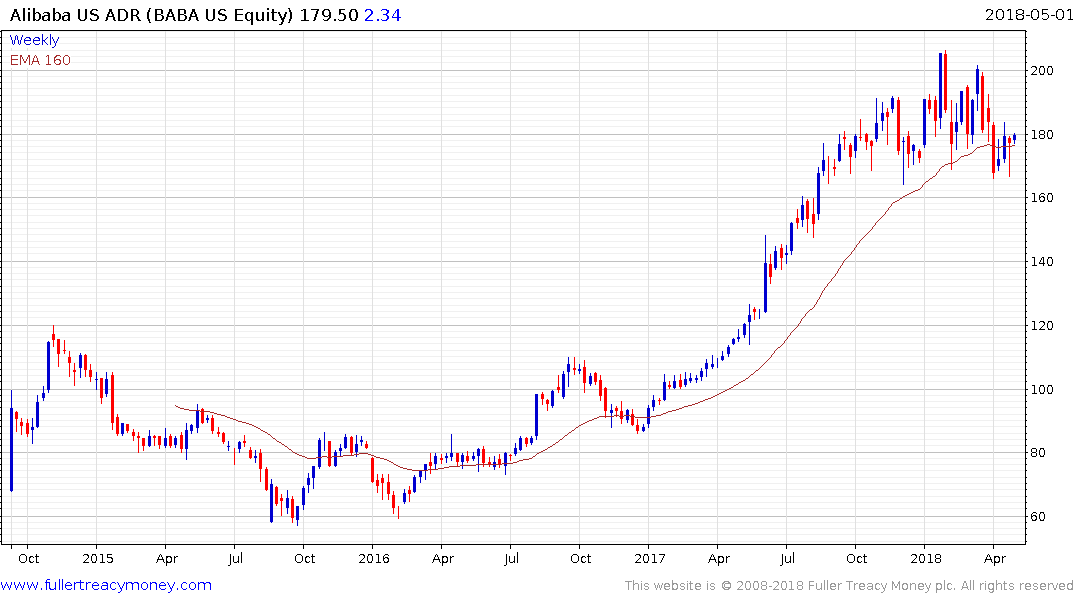 Alibaba has paused over the last four months but is currently firming from the region of the trend mean.