Analysts say managers of funds that track MSCI’s emerging-markets index, such as the iShares MSCI Emerging Markets exchange-traded fund, are expected to make the necessary changes to bring their vehicles in line with the new weightings.

BlackRock Inc.’s global head of markets and investments for iShares and index investing, Manish Mehta, welcomed MSCI’s move, saying “the gradual addition of onshore Chinese securities deepens the investment opportunity for global investors, and we look forward to continued development in the market and regulatory environment to facilitate this increased access.”

Morgan Stanley analysts estimate that foreign inflows into mainland Chinese stocks could reach $100 billion to $220 billion a year over the next decade, with foreign ownership of the market rising to as much as 10%, from 2.6% now.

It will be impossible for the vast majority of foreign investors who invest in emerging markets to avoid China when these index changes go through. The MSCI Emerging Markets Index is already heavily weighted by Chinese companies and with the introduction of the State-Owned sector and smaller Chinese tech companies the influence of China on perceptions for the entire emerging world will only increase.

China’s markets are understandably responding favourably to this news and that has been a significant factor in the breakout in its major indices which now appear on a medium-term recovery trajectory. The prospect of additional Chinese stimulus is an additional kicker to the recovery argument. 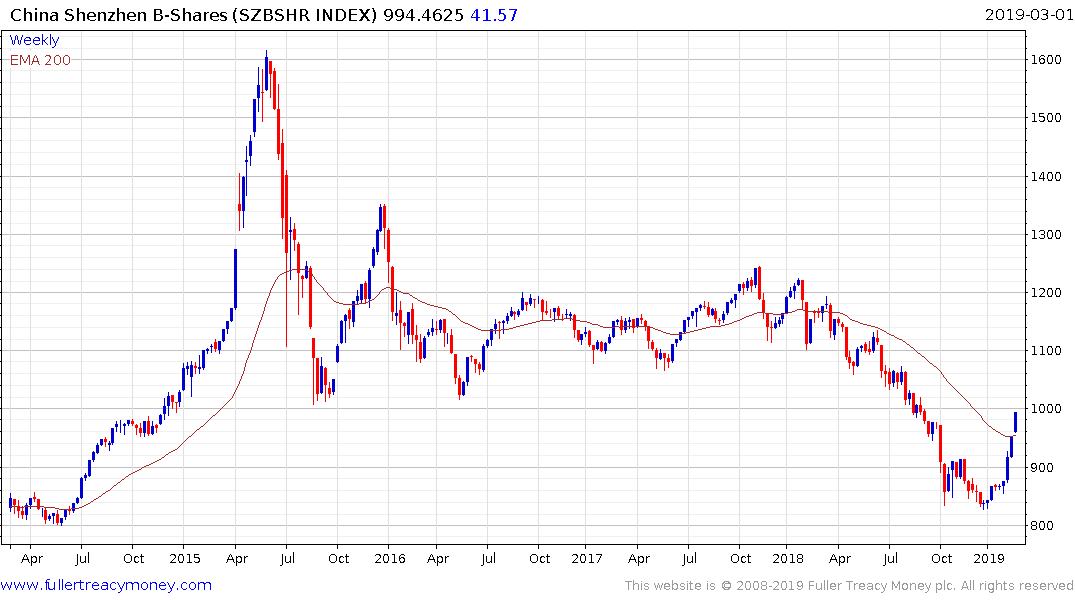 China is already the economic heavyweight in the emerging markets but it is increasingly going to shade perceptions of where value resides. That means if one wants to avoid China then individual country funds will be the only way to go.