"There is a scramble for people to head down there at the minute and make sure that their metal that they think is covered by a warehouse receipt actually exists," he said.

Metal imports have been partly driven in China as a means to raise finance, where traders can pledge metal as collateral to obtain better terms. In some cases the same shipment can be pledged to more than one bank, fuelling hot money inflows and spurring a clampdown by Chinese authorities.

"It appears there is a discrepancy in metal that should be there and metal that is actually there," said another source at a warehouse company with operations at the port.

"We hear the discrepancy is 80,000 tonnes of aluminium and 20,000 tonnes of copper, but we hear that the volumes will actually be higher. It's either missing or it was never there - there have been triple issuing of documentation," he said.

Rehypothentication is one of the practices which contributed to the fall of MF Global. While not illegal there is no denying that the practice of betting with someone else’s money is a risky endeavour. The fact that Chinese companies have imported industrial metals in order to use them as collateral for loans, is a symptom of how tight credit has been for the corporate sector. The fact they posted the same metal as security at multiple lenders is a problem but unlikely to have much impact on the banking sector considering the size of the transactions mentioned. 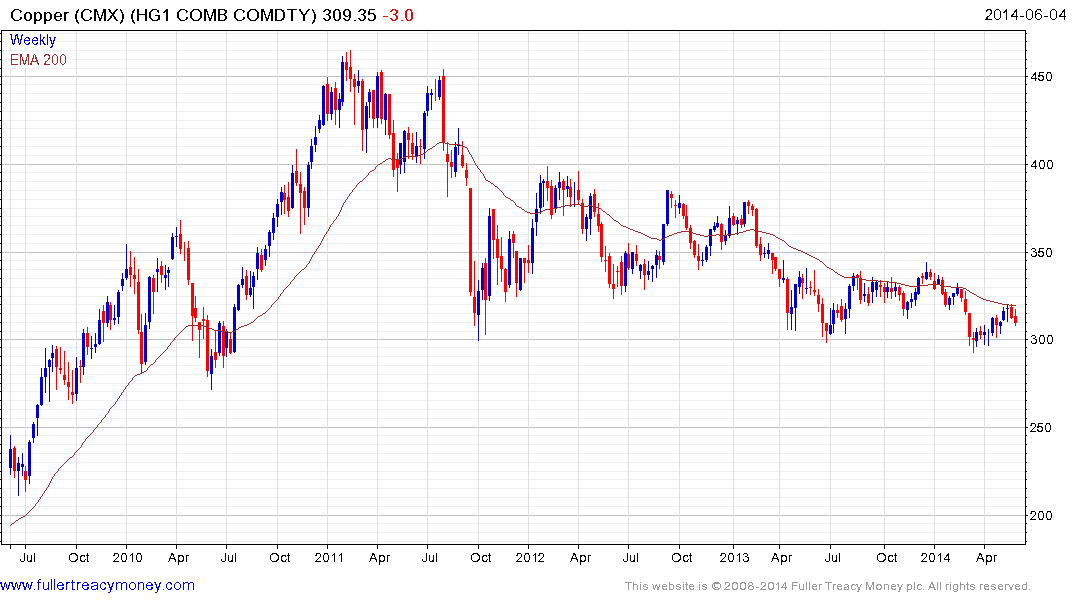 If rehypothentication has resulted in an overstatement of Chinese demand for copper and aluminium it is unlikely to be positive for metals prices and may help to explain the fact that copper has paused in the region of the 200-day MA. It will need to find support above or in the region of the $3 area if potential for continued higher to lateral ranging is to be given the benefit of the doubt.