Chinese Household Debt Surges Through the Pandemic
Comment of the Day

Chinese Household Debt Surges Through the Pandemic by Eoin Treacy

China’s household debt ballooned in the first half of the year, rising by about $380 billion, according to new Bank for International Settlements data. That increase was almost four times as large as the second-place U.S. And it compounds one of China’s biggest economic vulnerabilities.

It has been widely reported that China’s industrial production and exports have helped to power its recovery this year. But the other leg of the recovery is the continued rapid rise of real-estate investment, which is set to outstrip GDP growth again in 2020, as it has in 16 of the past 17 years.

Interest rates this year fell sharply in most countries, but the People’s Bank of China has resisted this trend. That means that whereas borrowers in the U.S. were at least able to refinance real-estate loans, Chinese borrowers are left with largely unchanged debt-servicing costs.

A common sense way of looking at the market is to buy the assets that domestic investors favour. They are the ones most likely to gain government support in a crisis. In the USA that’s equities, in Germany it's bonds and in China it's properties. A portfolio made up of that mix would have done rather well over the last few decades.

China presents an uncertain investment environment for local investors. Returns on bank deposits are persistently below inflation, the stock market is a casino in terms of the predictability of returns, corporate bonds are now riskier with increasing numbers of defaults, government bond yields barely keep up with inflation and investing abroad is not an option for the majority of people.

The easy answer is to buy properties or gold. The absence of a property tax in China is an additional incentive. The rationale is simple. At least if the value falls you still own an asset. 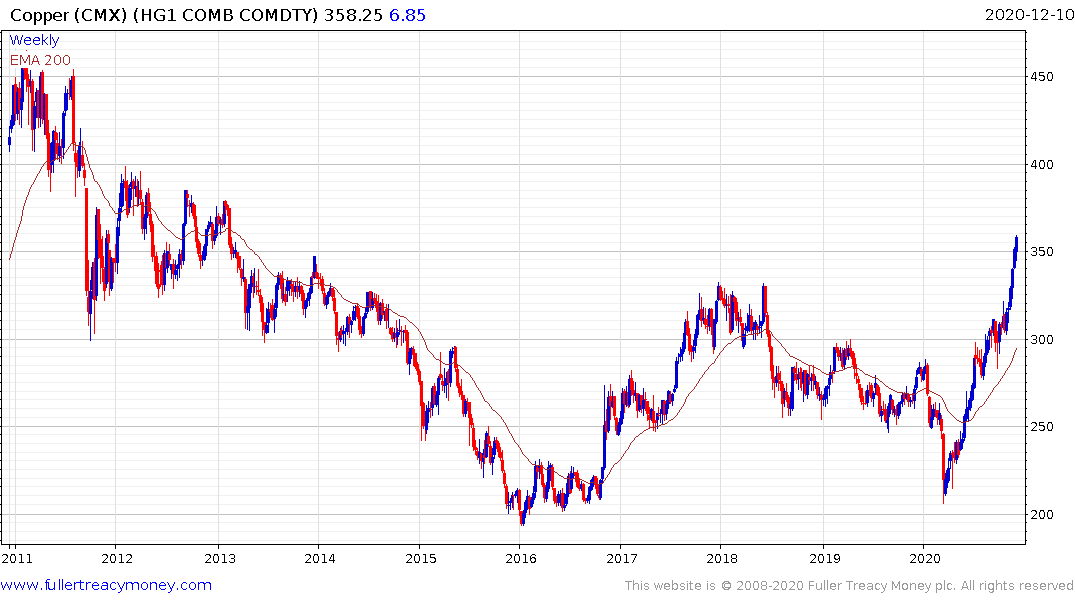 With economic uncertainty, local governments have to persist with land sales. That means there will be continued interest in building. That is at least part of the reason demand for industrials resources is picking up. Copper continues to extend its breakout to new recovery highs. While a short-term overbought condition is increasingly evident, a clear downward dynamic will be required to check momentum. 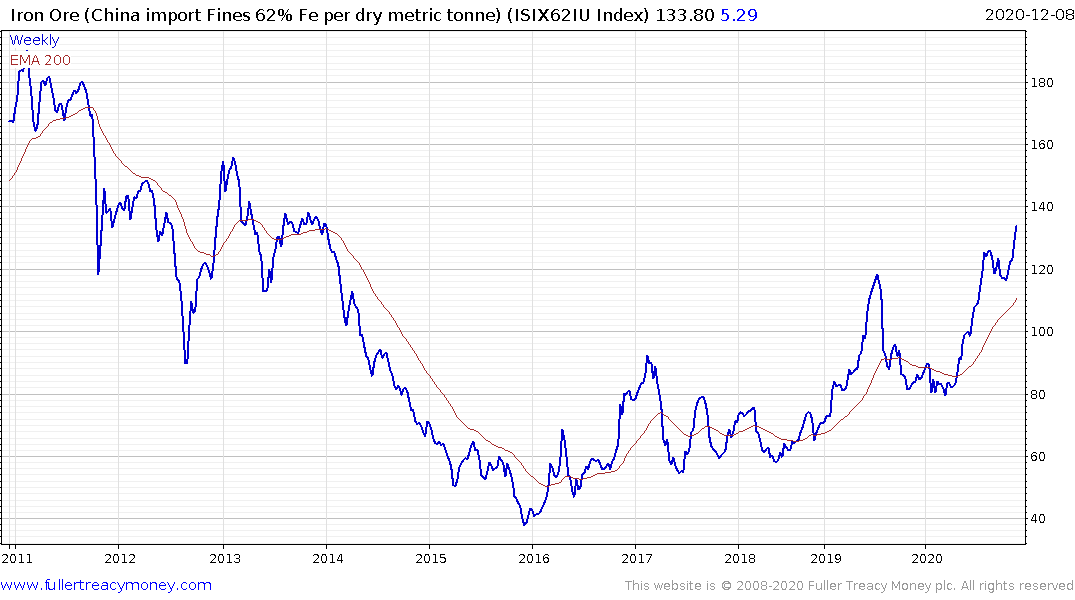 Iron ore consolidated in the region of the 2019 peak for three months and has now broken out to reassert medium-term demand dominance. 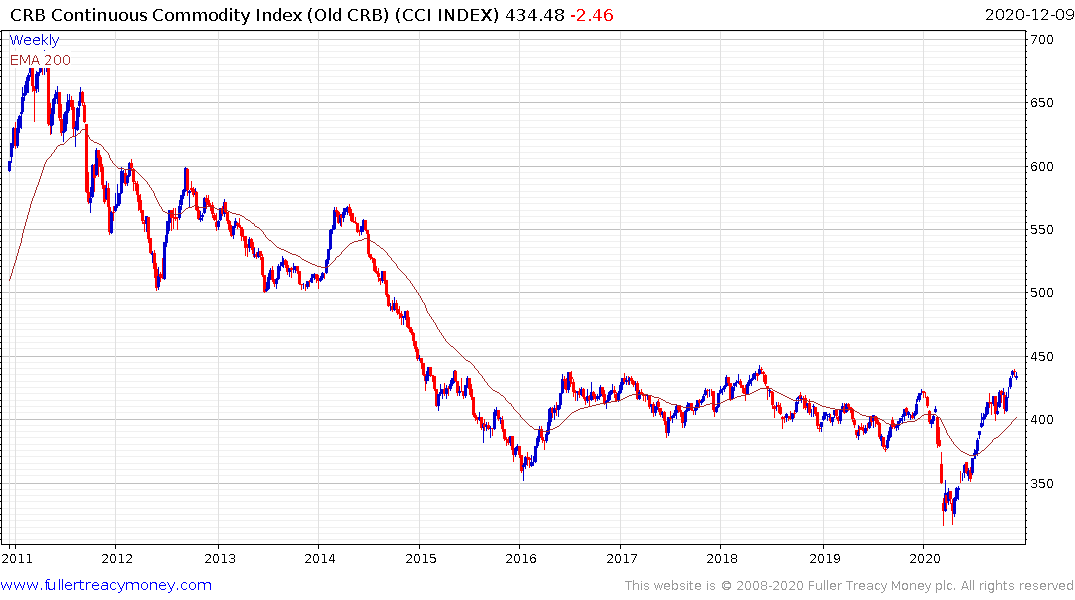 The Continuous Commodity Index is pausing in the region of the upper side of the five-year range. A break about 440 would confirm a return to medium-term demand dominance. 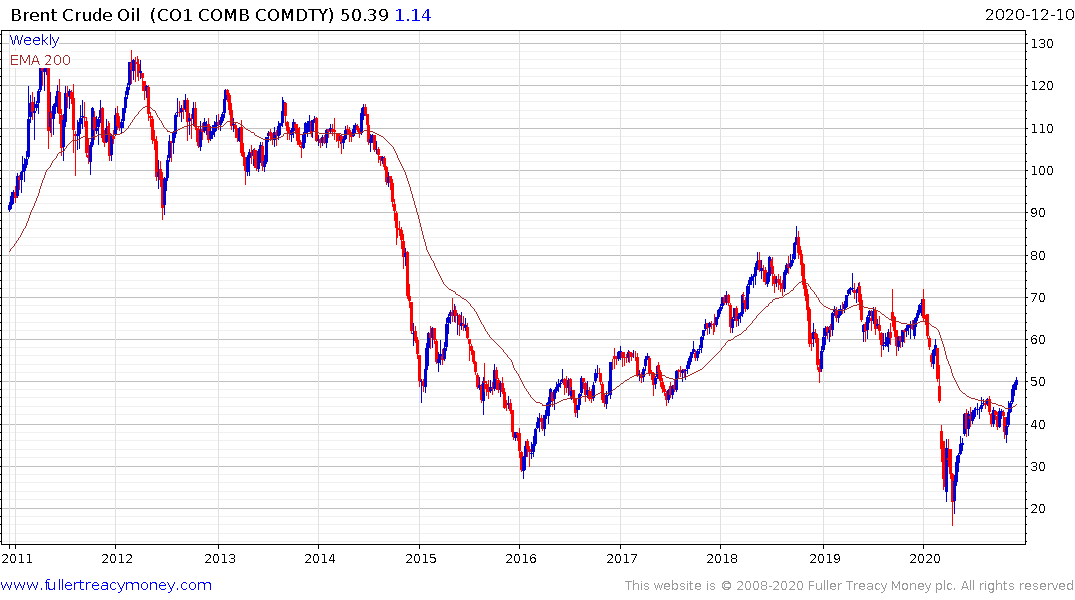 Crude Oil broke above $50 for the time since March today and remains on a recovery trajectory.