As stress among Chinese developers mounts, some firms are telegraphing their ability to meet debt
obligations.

On Monday, Zhenro Properties Group Ltd. said it informed a bond trustee it will redeem its 5.95% dollar notes early in full on Nov. 16. Central China Real Estate Ltd. on Tuesday said it has remitted funds to a trustee for payment of its 6.75% dollar bonds, which are due Nov. 8.

“Central China Real Estate becomes one of a string of developers publicly setting aside money to redeem offshore bonds in apparent attempts to set themselves apart from weaker firms,” said Daniel Fan, an analyst at Bloomberg Intelligence.

Property companies need to do all they can to restore investor faith. Yields on Chinese junk dollar bonds -- dominated by real estate firms -- surged to more than 20% on Monday, the highest in at least a decade. Credit assessors are downgrading the industry’s companies at the fastest pace on record. At least four developers defaulted last month and others sought to delay near-term bond payments as contagion sparked by China Evergrande Group spreads.

China’s property developers are in a fight for survival. Regardless of how leveraged or otherwise their business models are, they all require access to liquidity. That’s creating a rush to put distance between themselves and China Evergrande, which is in a state of terminal decline.

The effort to pay down debt early might sound good, but it smells of desperation to creditors who often value predictability over other considerations. With the number of ratings downgrades rising and offshore bond prices trending lower, in a hurry, the liquidity available to the sector is the big question.

News today that lending is back to normal levels to the property sector was greeted with equal measures of enthusiasm and scepticism by investors. The CSI 300 Real Estate Index bounced from the region of the July lows today but it will need to follow through on the upside to confirm more than a temporary pause.

Both Zhenro and Central China Real Estate continue to trend lower but are very oversold. 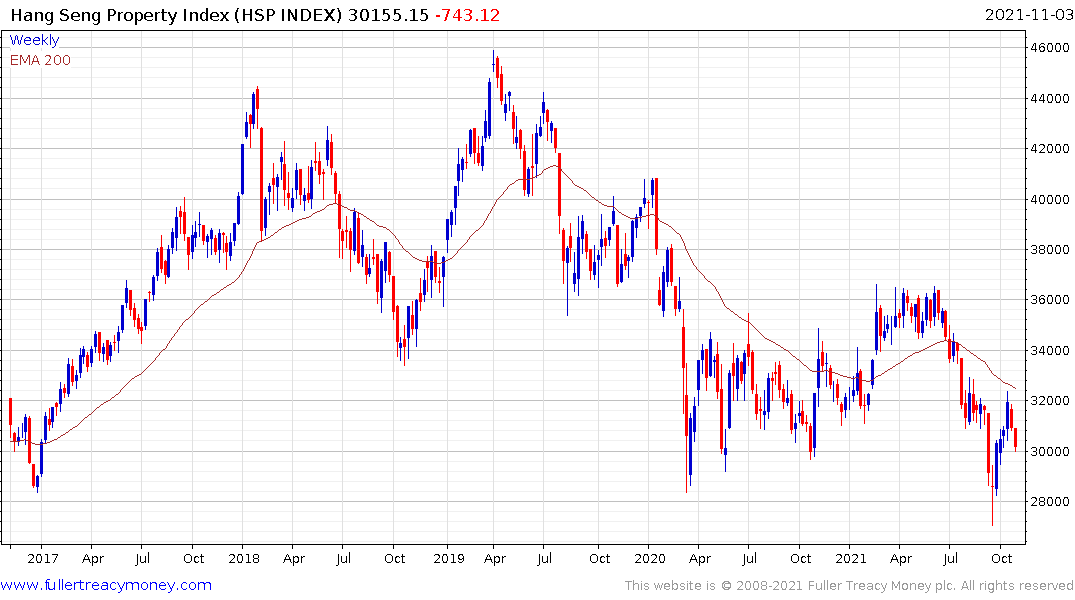 The Hang Seng Property Index encountered resistance in the region of the trend mean and will need to hold the September lows if support building is to be given the benefit of the doubt. 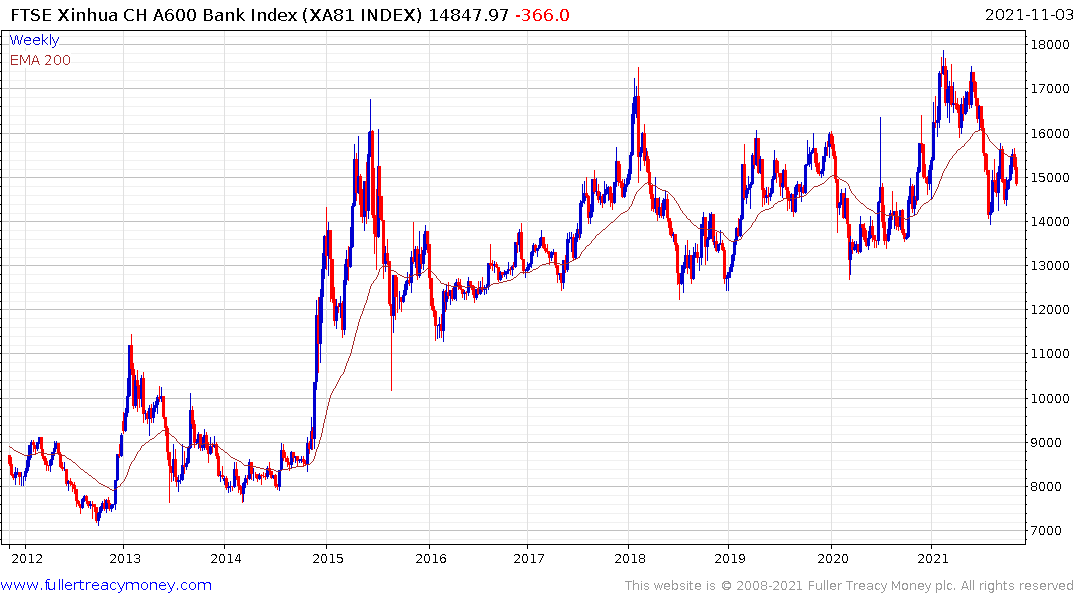 The Xinhua A600 Banks Index remains weak and not least because any China’s state-owned banking sector will be called upon to supply troubled companies with funds.