Chinese Developer Stocks Jump Most in a Month by Eoin Treacy

Developers on mainland and Hong Kong bourses have diverged in recent weeks, with typically stronger firms listed in Shanghai and Shenzhen outperforming. A move by authorities encouraging lenders to fund acquisitions of projects held by distressed developers may benefit larger, often state-owned firms most. A Bloomberg Intelligence gauge of Chinese property companies mostly traded in Hong Kong closed on Monday near a five-year low before rising 3.4% on Tuesday.

It also suggests that a comparatively small number of these companies will eventually default. The CSI 300 Real Estate Index has eight constituents but China Vanke and PRC occupy a 61% weighting. The Index continues to steady from the lower side of a six-year range. 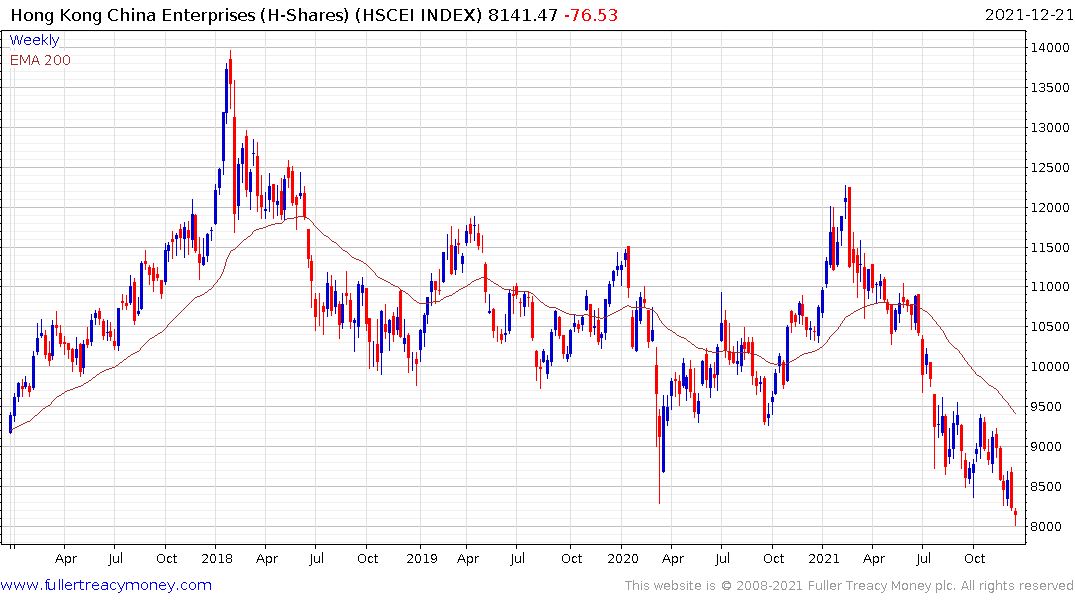 The Hang Seng China Enterprises Index is very short-term oversold as it tests the lower side of the 12-year range.