The State Administration for Market Regulation announced the investigation, which began recently, in a statement Monday. The antitrust watchdog is looking into alleged abuses including forced exclusivity arrangements known as “pick one of two.” The company said it will actively cooperate with the probe and step up efforts to comply with regulations. Its businesses are currently operating normally, it added in a statement.

Meituan has prospered by gamifying the online review and social media sector. They provide concrete rewards for participation with the app and that can include anything from being able to skip the line at popular restaurants to discounts. As a result, the company has been one of the primary leaders of the domestic Chinese tech scene and growth of the social media ecosystem. That success has now attracted the attention of the government which effectively limits its growth.

The migration of censure from mega-caps like Alibaba and Tencent and into the next tier of social media companies suggests the era of quick growth in China’s social media sector is over. There are now clear limits on growth potential and that should eventually translate into lower valuations. 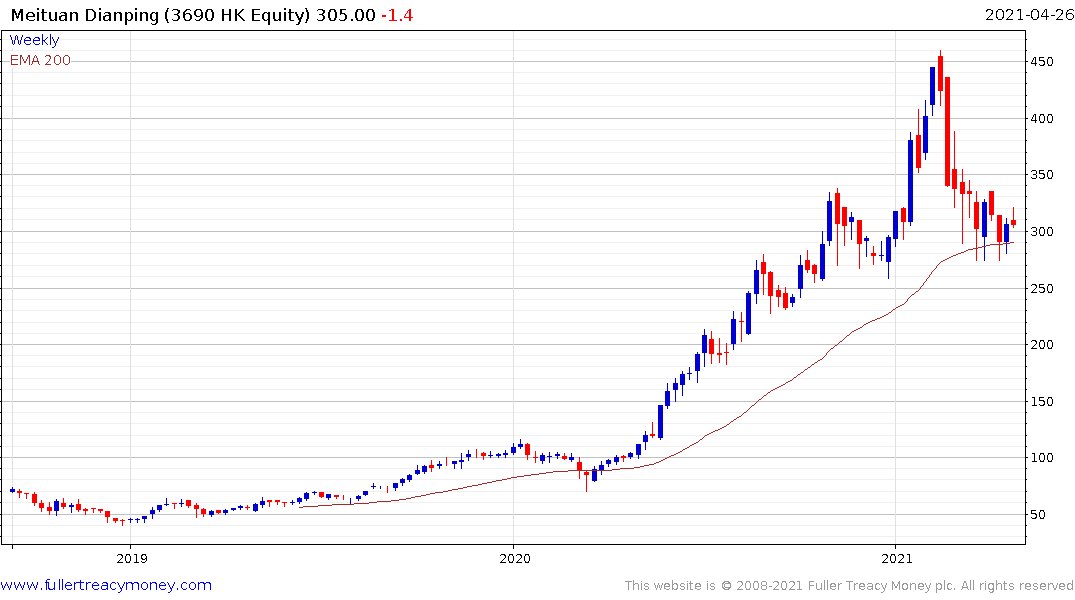 Meituan is currently testing the region of the trend mean and will need to bounce more convincingly to check potential for additional weakness. 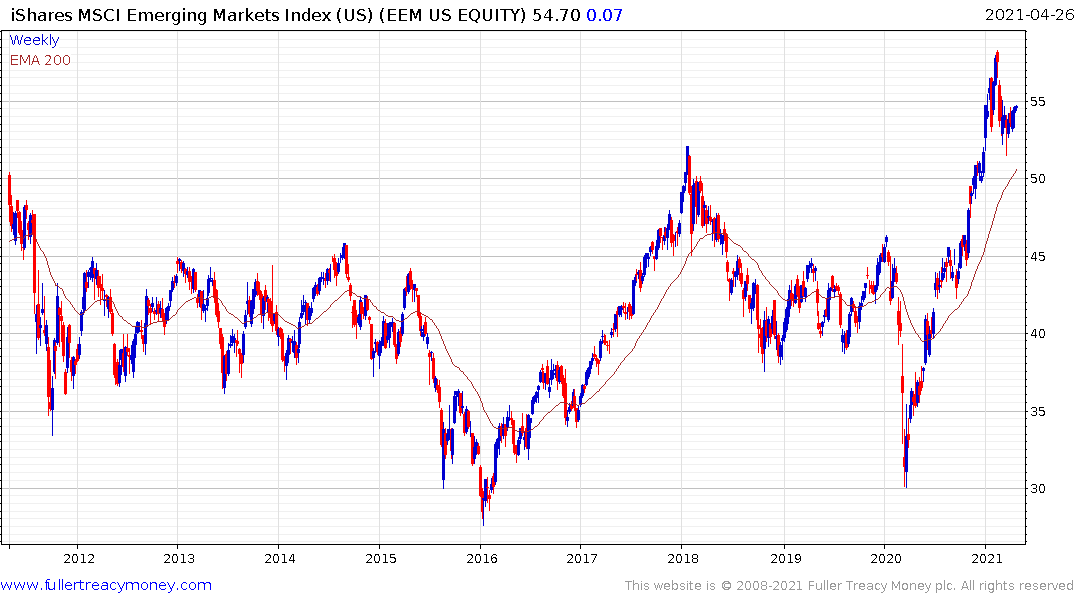 The MSCI Emerging Markets Index is heavily weighted by Chinese tech companies but the strength of Taiwan Semiconductor and Samsung has helped it to exhibit relative strength recently.