Beijing’s directive to the Evergrande founder came after his company missed an initial Sept. 23 deadline for a coupon payment on a dollar bond, said the people, asking not to be identified discussing a private matter. Local governments across China are monitoring Evergrande’s bank accounts to ensure company cash is used to complete unfinished housing projects and not diverted to pay creditors, the people said.

The demand that Hui tap his own fortune to pay Evergrande’s debt adds to signs that Beijing is reluctant to orchestrate a government rescue, even as the property giant’s crisis spreads to other developers and sours sentiment in the real estate market. Chinese President Xi Jinping has been cracking down on the billionaire class as part of his “common prosperity” campaign to reduce the country’s yawning wealth gap.

It’s unclear whether Hui’s fortune is big and liquid enough to make a sizable dent in Evergrande’s liabilities, which swelled to more than $300 billion as of June. The developer’s dollar bonds are trading at deep discounts to par value as investors brace for what could be one of China’s largest-ever
debt restructurings.

Bailing out troubled lenders during the credit crisis and letting their senior management walk away with golden handshakes helped to seed a populist backlash against the status quo in the USA. That was exacerbated by a foreclosure crisis that saw millions of people kicked out of their homes. China appears to have learned from that mistake and Hui Ka Yan is unlikely to escape Evergrande’s dissolution unscathed.

It represents a lesson for risk takers. The era of “heads I win, tails you lose” is drawing to a close. At least in China, fewer businesses will be saved and billionaire founders will be on the hook for debts before creditors take losses. I wonder how long it will take before that kind of policy finds its way to the rest of the world? 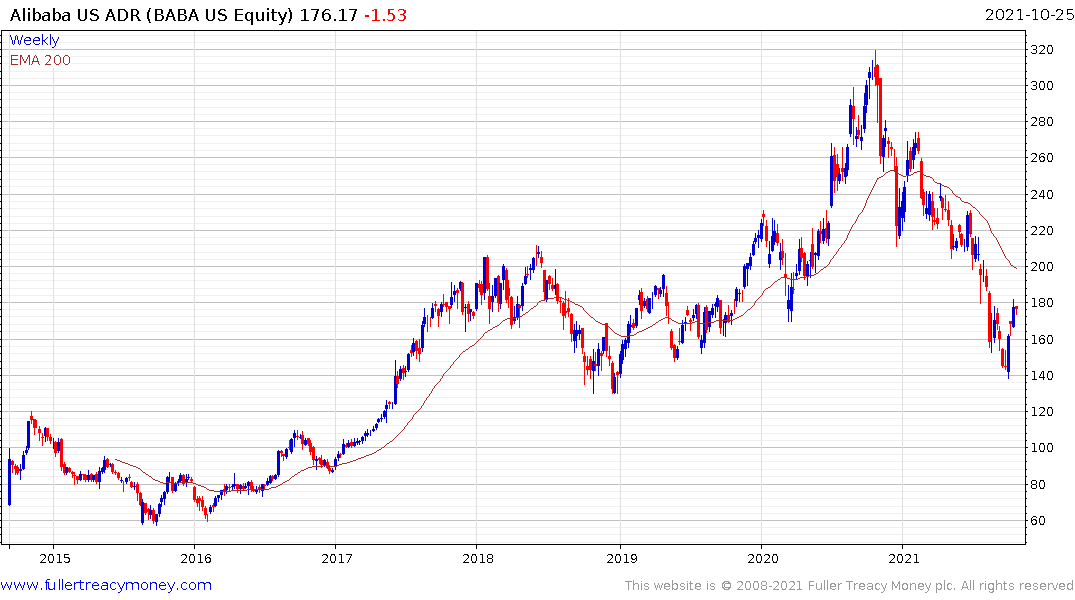 In this regard, at least, China is ahead in the governance game; even if they continue to favour politically sensitive companies. The challenge for investors is that the transition from a laissez faire system to one where personal responsibility takes precedence means there needs to be a significant repricing of risk. The vast majority of US listed Chinese shares pulled back today and will need to hold their respective lows if their rebounds are to remain credible.