Despite the near-term growth setback from the COVID-19 disruption, which we view as transitory, we believe China's continued development of smart supercities via new infrastructure will bring its urbanization ratio to 75% by 2030 (vs. 60% today), translating into 220mn new urban dwellers.

We thus remain confident that China is poised to attain high-income status by 2025, with annual per capita income almost doubling from US$10k today over the next decade.

The virus scare has highlighted how susceptible China is to the export market. They have worked extremely hard to get factories back to full capacity but, having succeeded in that objective, they now find there are no orders.

The objective of developing a domestic demand model, where the nation’s large population drives consumption of products and services, has been the model for the last decade. The coronavirus is only going to intensity that trend. From China’s perspective that is the only suite of policies that make economic and geopolitical sense. 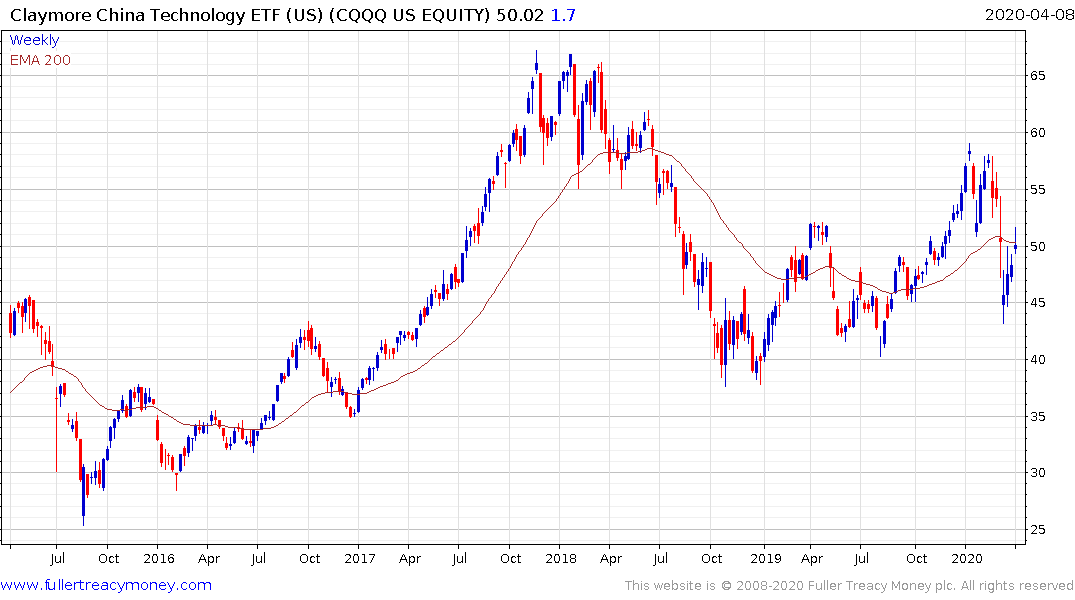