“If China, U.S. reach a phase-one deal, both sides should roll back existing additional tariffs in the same proportion simultaneously based on the content of the agreement, which is an important condition for reaching the agreement,” Gao said.

Such an understanding could help provide a road-map to a deal de-escalating the trade war that’s cast a shadow over the world economy. China’s key demand since the start of negotiations has been the removal of punitive tariffs imposed by Trump, which by now apply to the majority of its exports to the U.S.

The US Presidential election is less than a year away. The time to prime the pump so growth is humming by the time people vote is now. China might have suffered more from the tariffs, because it has more to lose, but it is also well aware of the electoral timing the Trump administration is pressured by. That suggests a deal is likely to be signed and it is likely to be valid for at least a year. 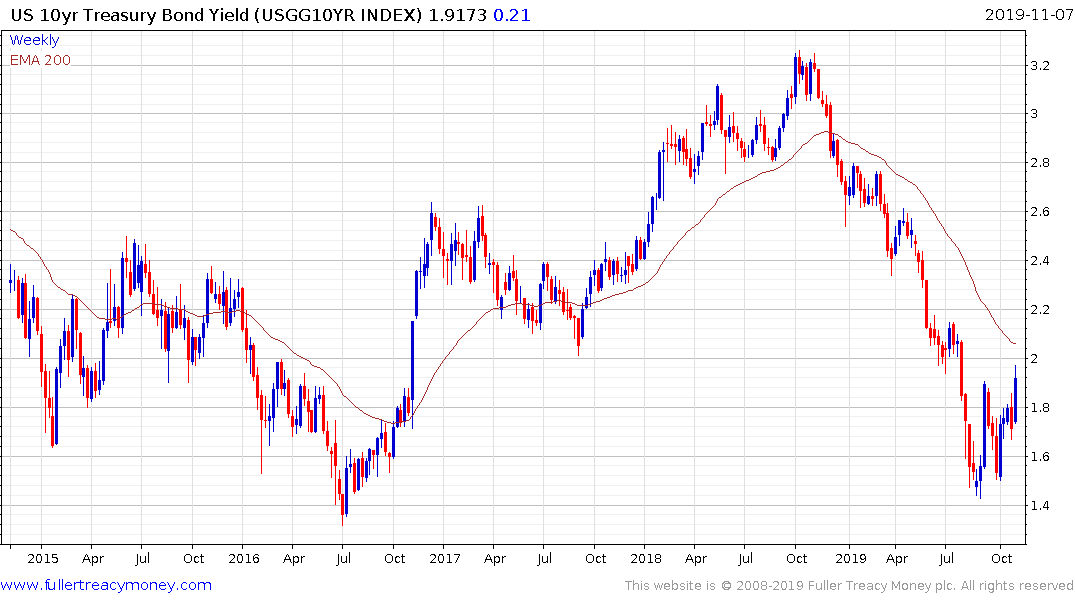 Fear of a global recession saw the total of bonds with negative yields hit $17 trillion in August and since then it has contracted to $12.5 trillion. That suggests a lot of the people who were buying bonds a couple of months ago are sitting on significant losses. Meanwhile Treasury yields continue to recover and a sustained move below 1.5% would be required to question scope for continued upside. 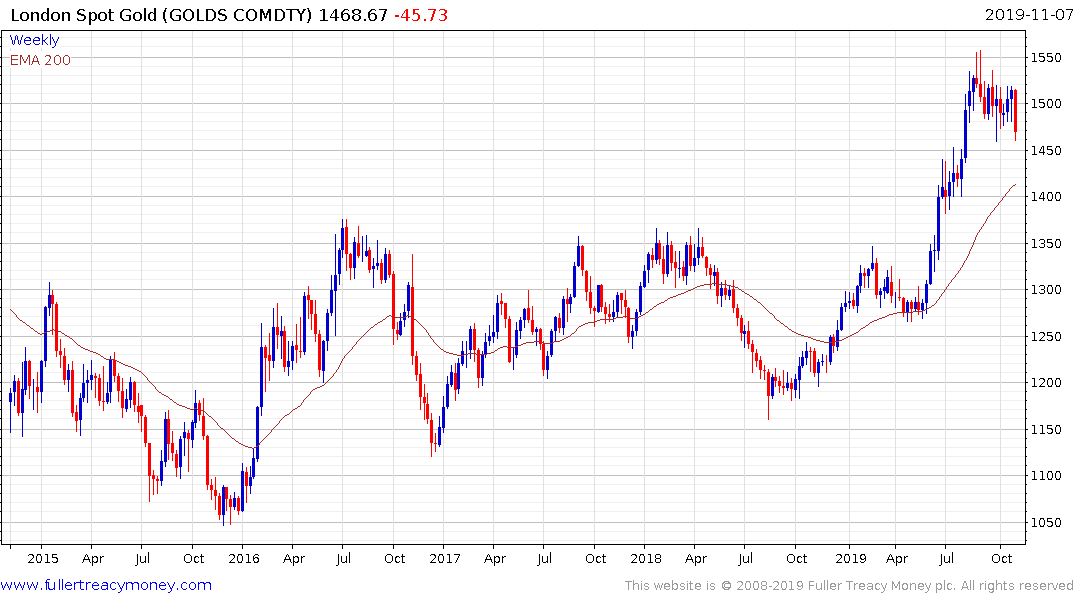 Less appetite for safe havens has sapped investor interest in hold over the short-term but a sustained move below $1350 would be required to question the medium-term recovery hypothesis.