China to use cornerstones to help Alibaba, Xiaomi list in mainland: sources by Eoin Treacy

Beijing could also rip up its unwritten rules on pricing caps to make way for these blockbuster deals, said the sources who have direct knowledge of the matter, adding that Alibaba and Xiaomi were furthest along the CDR planning path.

Selling CDRs equivalent to say about 1 percent of Alibaba’s market capitalization would mean raising $5 billion in Shanghai or Shenzhen, marking what would be China’s largest share sale on the open market since 2009, according to Thomson Reuters data.

While such deals would allow mainland investors to benefit from any further share price rally, the securities regulator is worried they “will take up too much liquidity in the secondary market, which may lead to a drop in the main indices”, one of the sources told Reuters.

The Chinese mainland market is underperforming at present amid concerns about deteriorating standards of governance, trade wars and debt. However, the introduction of new sources of supply is a more pressing issue in the short-term.

Many mainland investors have felt left out by the success of domestic companies on overseas bourses without being given the opportunity to participate. If they get the chance to investor via the mainland market they are likely to take it in preference to other domestic shares. 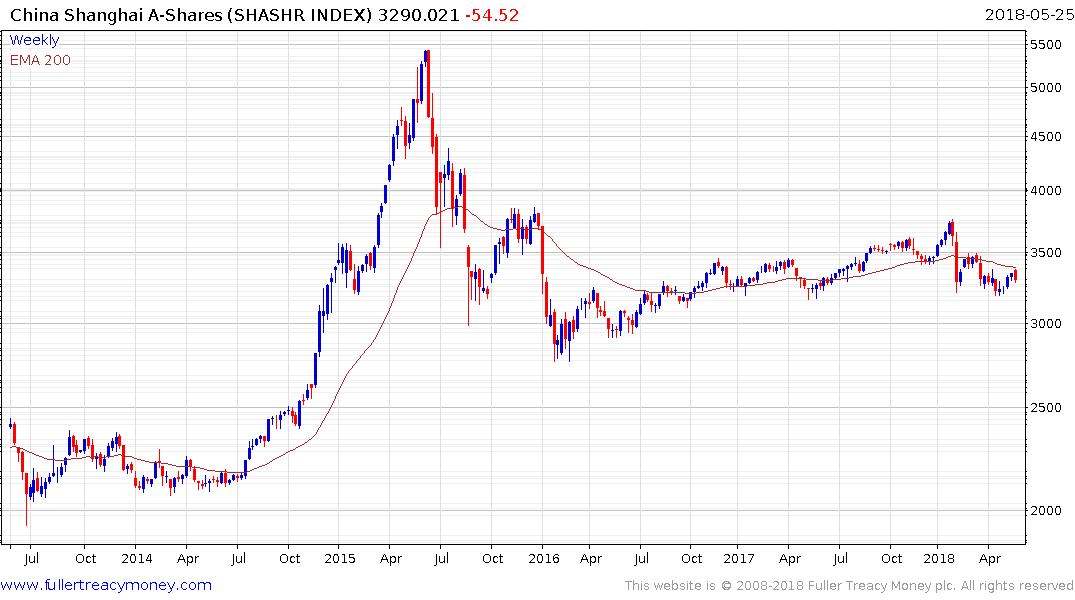 The Shanghai A-Share Index pulled back from the region of the trend mean today to confirm this year’s downward bias. 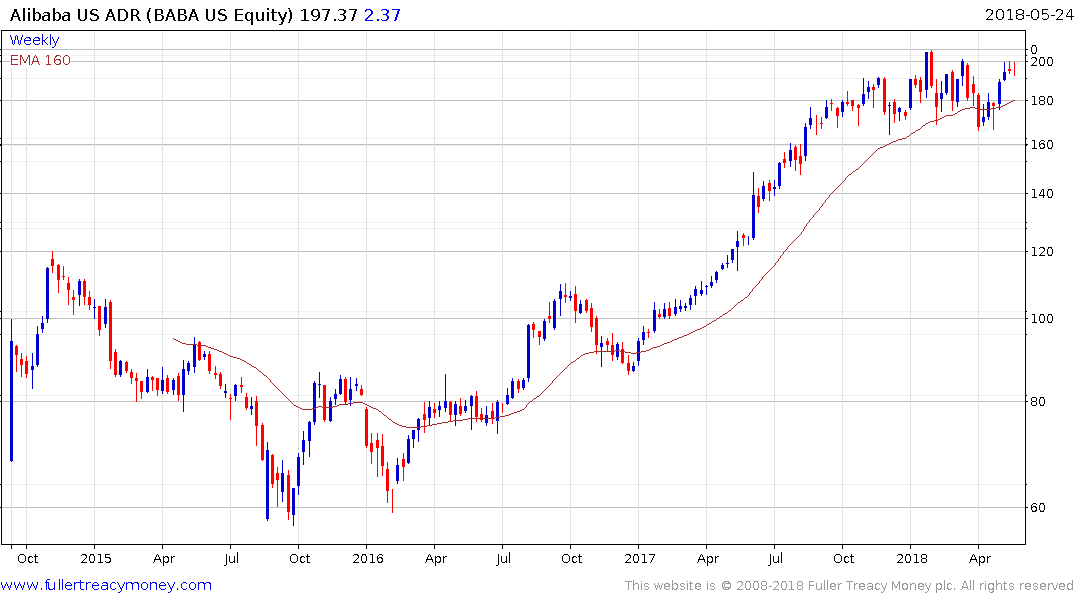 Meanwhile Alibaba is testing the upper side of its six-month range.