The policies include establishing a yuan-denominated stock exchange, accelerating a yuan settlement center which is currently being developed and allocating land for Macau, Reuters said, citing unidentified government officials and company executives. The measures were intended to mark the 20th anniversary of the former Portuguese colony’s return to Chinese rule, an event that will bring Xi to Macau, the report said.

The bourse would focus on bond trading first to encourage local and mainland companies to issue debt in the city, Reuters said. The exchange would also focus on startups and target companies from Portuguese-speaking countries to avoid direct competition with Hong Kong or Shenzhen, it reported, citing six Macau executives and Chinese officials.

Xi will also announce Macau’s decision to join the Beijing-based Asian Infrastructure Investment Bank. Future priorities will include tourism and finance, and for Macau to be used as venue to host international meetings like Singapore, an official told Reuters.

This is a none too subtle signal to Hong Kong that unless it gets its act together there is clear intention to excise the city from the broader plan to create a unified coastal economy which is to include Macau, Shenzhen and Guangzhou. The problem is that today some effort to offset reliance on Hong Kong’s dominance of the financial services sector is largely inevitable regardless of what happens because evidence of disruption is already in existence. 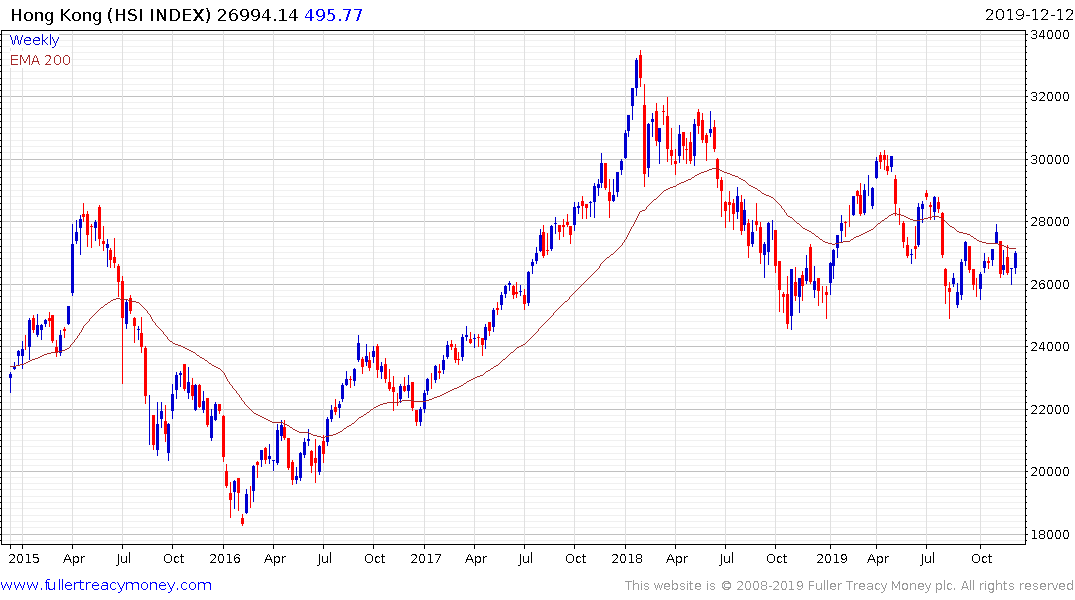 The Hang Seng continues to hold a near-term sequence of higher reaction lows and is currently rallying from the most recent point of support at 26000. A sustained move back above the trend mean would confirm more than a short-term return to demand dominance. 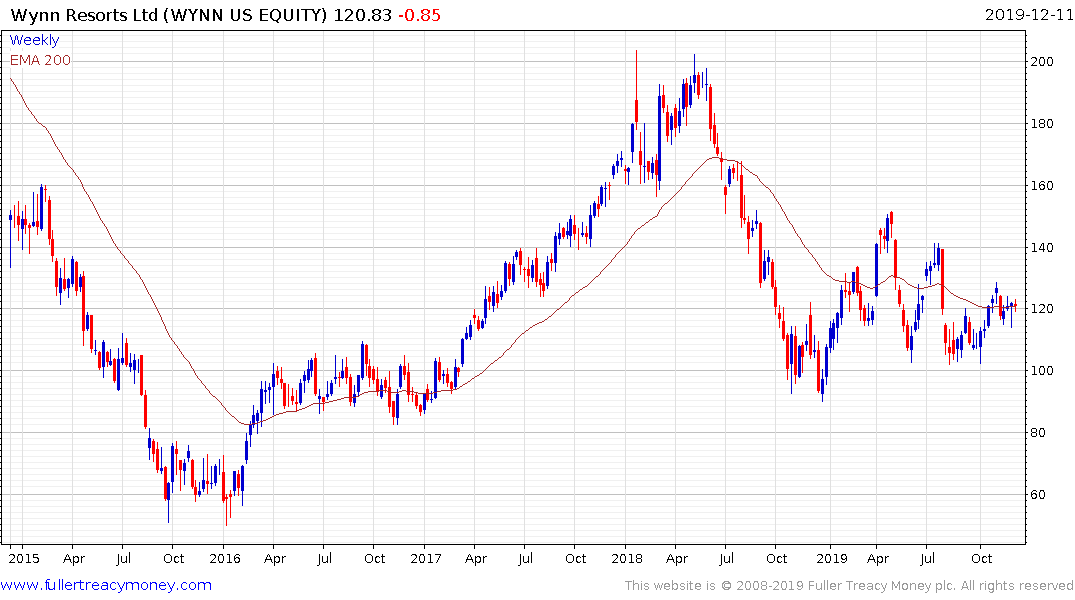 Wynn Resorts generates 75% of its revenue in Macau. The share has been building support around $100 and rallied today to break the eight-month sequence of lower rally highs.