Xi is expected to shore up plans to make southern China a global technology hub during the trip. He is scheduled to deliver an address on Wednesday, the official Xinhua News Agency said. China will take cooperation between Shenzhen and Hong Kong to a “higher level,” Xinhua reported earlier, without offering more details.

“Investors are optimistic on further reforms and upgrades for Shenzhen, which are expected to drive foreign capital inflows and enhance the tech sector,” said Patrick Shum, director of investment management at Tengard Holdings Ltd.

After imposing its security regime on Hong Kong, China now needs to do whatever it can to prevent an exodus of capital from the enclave. Efforts to boost the number of listings in Hong Kong’s stock market are already underway. Further developing the region and integrating Hong Kong into the wider Guangdong economy appears to the next step. 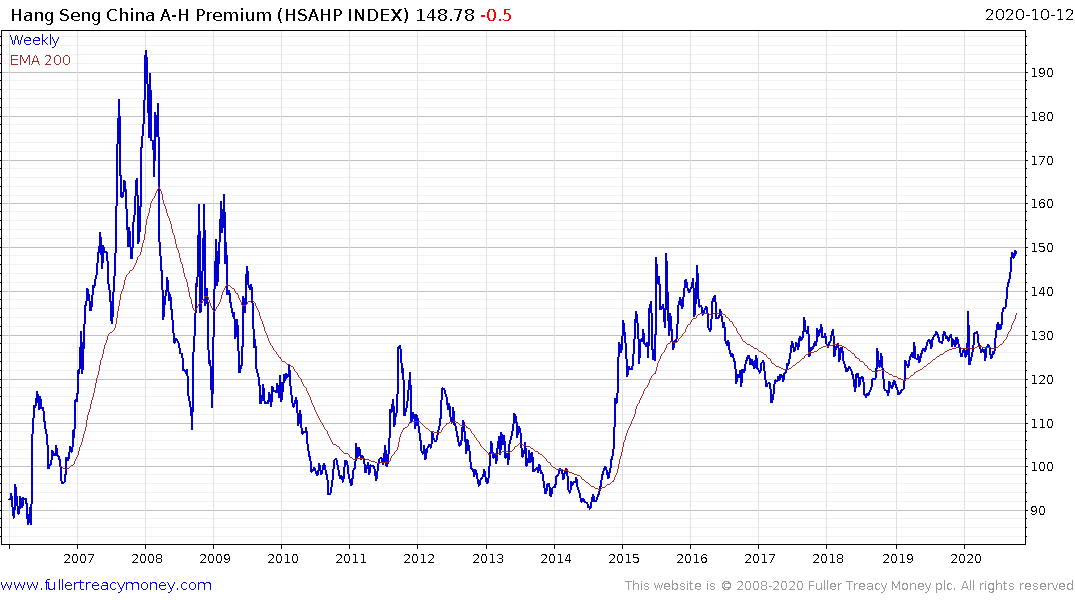 At some stage the arbitrage between the A-Shares and H-Shares will disappear and the Hong Kong Dollar will be absorbed by the Renminbi. However, the A-H premium question is likely to be resolved way before the currency question.

At present the A-H Premium is back testing the peaks hit back in 2015. The H-Share Index has been trending lower in a volatile manner since early 2018. It accelerated lower in February and March before rebounding to test the sequence of lower rally highs. 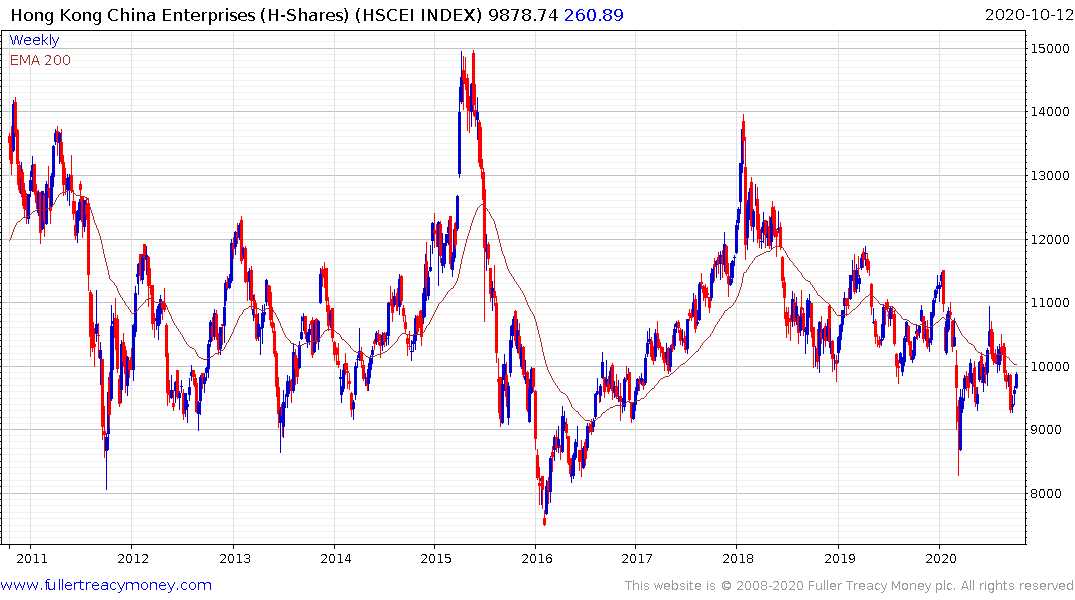 The rebound over the last few weeks confirms near-term support in the region of 9300. However, a sustained move above 11,000 will be required to confirm a return to medium-term demand dominance. 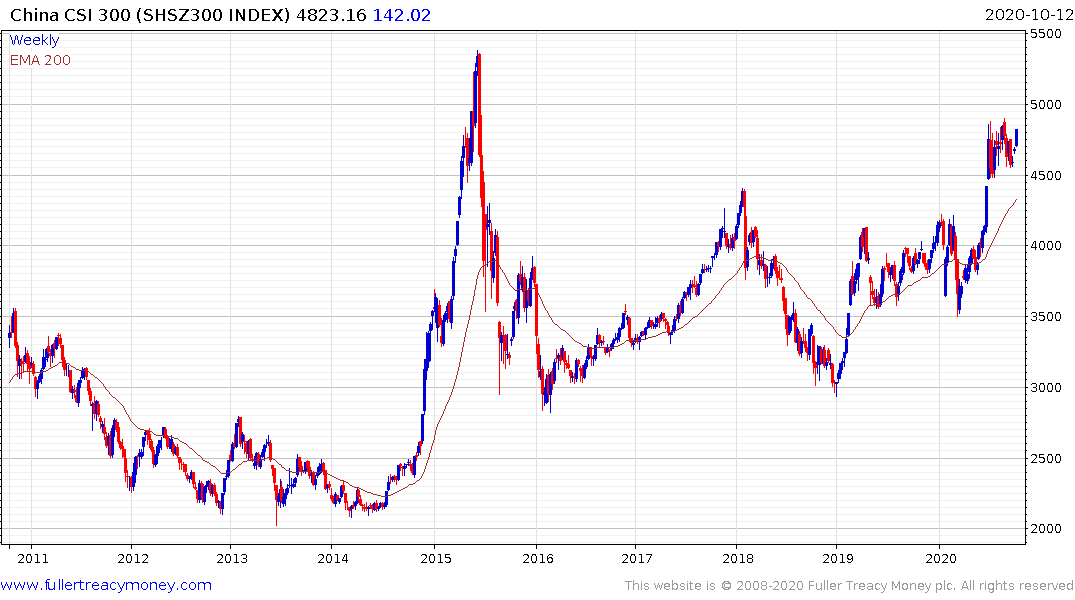 The CSI 300 Index has been ranging below 5000 for the last couple of months as it at least partially unwinds the short-term overbought condition. It rebounded impressively today and a sustained move below 4500 would be required to question scope for additional upside.