Two pieces of news on China hit the headlines today. The first is that Goldman Sachs and ICBC have formed a joint venture for wealth management clients. The second is the central bank is at least comfortable with the current strength of the Renminbi and may be inclined to allow it to appreciate further. Both are positive for asset prices.

Giving Goldman Sachs greater opportunity to profit from the Chinese market also provides lobbying cover for Chinese interests in Washington which is no small consideration. That holds out the prospect that US relations which China are on the cusp of improving or at least reaching a status quo. 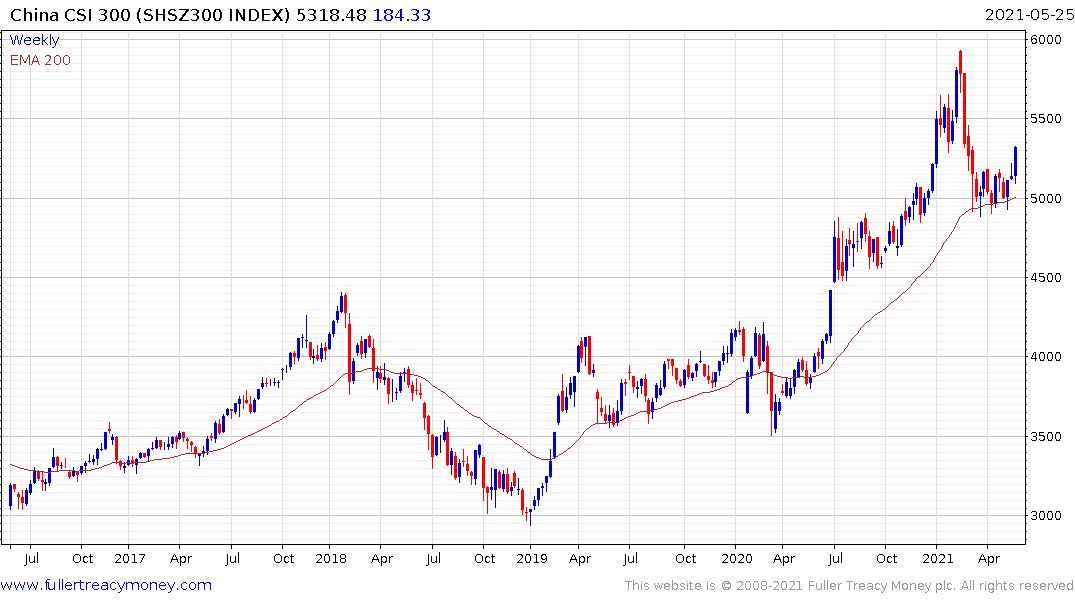 The CSI 300 rebounded impressively from the region of the trend mean today and the strength of the currency is likely to continue to encourage capital inflows. The good news for regional economies is they keep a close eye on the renminbi as a benchmark for their own currencies. 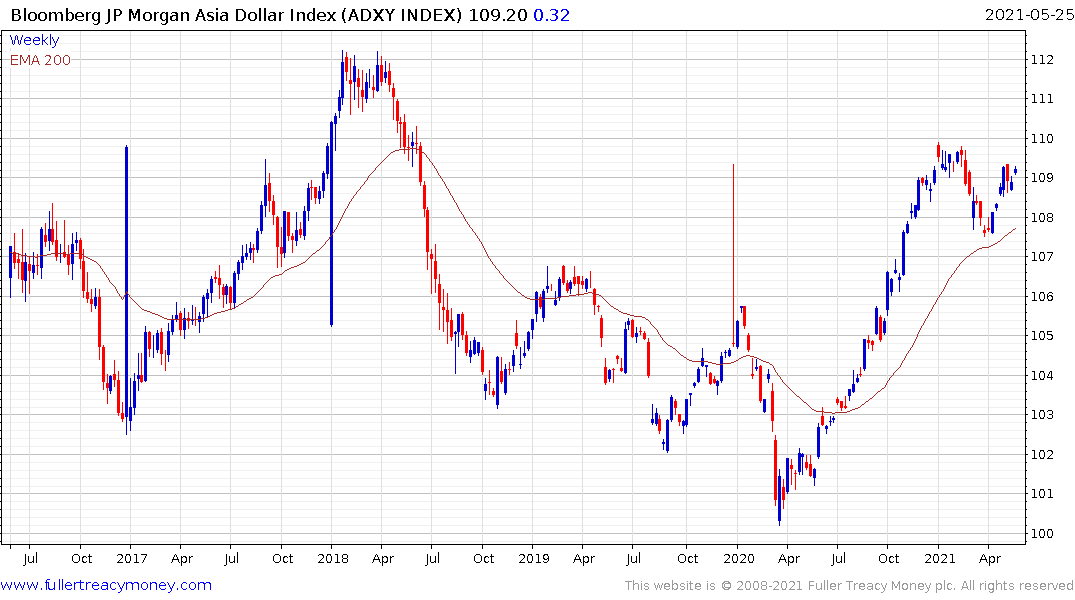 The Asia Dollar Index is bouncing from the region of the trend mean and remains on a medium-term recovery trajectory. 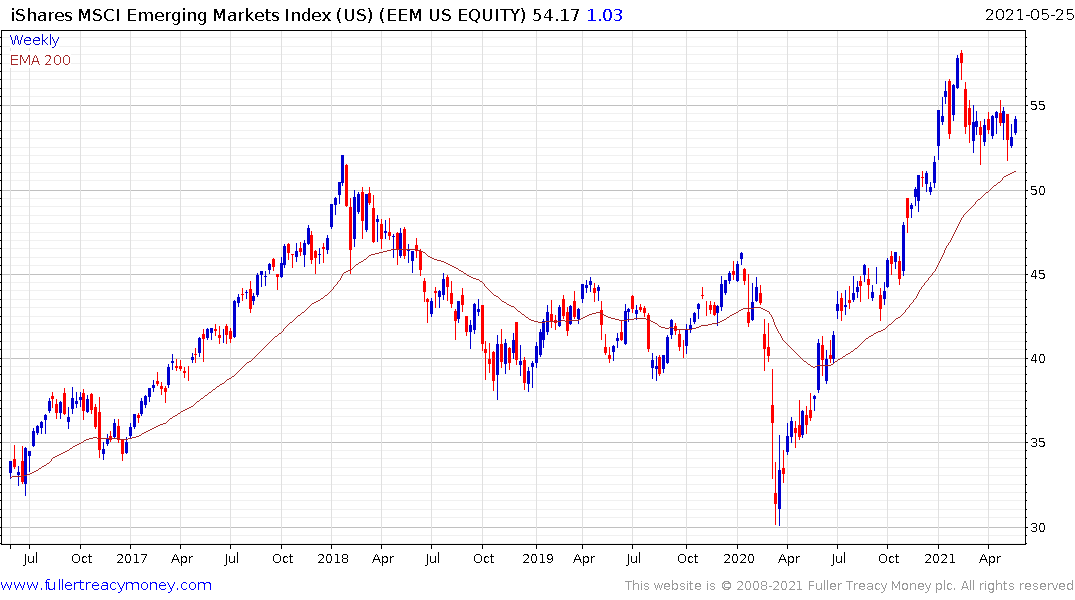 If Chinese stocks are back on a recovery trajectory, that is also positive for the broader MSCI Emerging Markets ETF. The price is currently firming from the region of the previous all-time high. 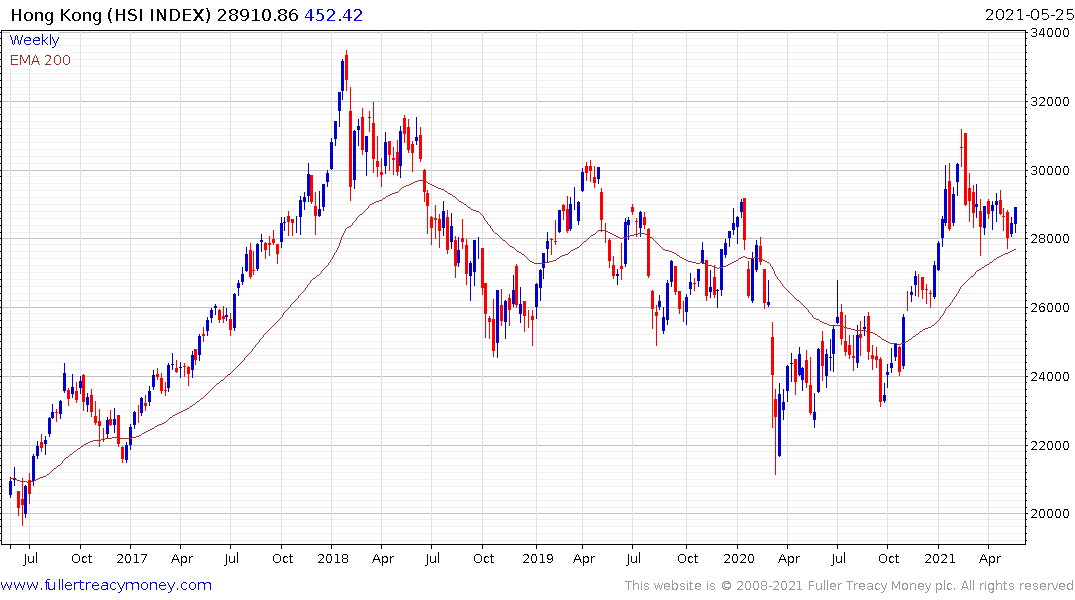 The Hang Seng Index is also now firming from the region of the trend mean.