“China will keep buying on a regular basis, but we would not be surprised if there were months when they don’t,” said Ross Strachan at Capital Economics Ltd. “Overall, we would expect them to be the second-largest purchaser this year. The motivation will be to diversify their foreign-exchange reserves, and increase gold from its current very low percentage of these reserves.”

While China’s gold holdings are the sixth-largest by country, they account for only 2.4 percent of its reserves, compared with more than 70 percent in Germany and the U.S., WGC data show.

Central bank purchases are likely to be sustained in 2019 at the same level as last year amid elevated geopolitical tensions and less pressure on emerging-market currencies, Goldman Sachs Group Inc. said in a March 4 report. Kazakhstan added about 50 tons last year, and was joined by other countries including Poland, India and Hungary, which picked up smaller amounts.

The reason China has such a low proportion of its total reserves in gold is because it has been holding Treasuries in an effort to recycle Dollars and keep the value of the Renminbi down. Unless China is going to allow the Renminbi to float freely, which appears unlikely in the near-term, there is little chance of the country’s gold holdings approximating those of the USA or Germany.

However, there is significant room for gold holdings to continue to trend higher over time, not least as tensions with the USA are likely to continue to remain cool for the foreseeable future, even if a trade agreement is reached. 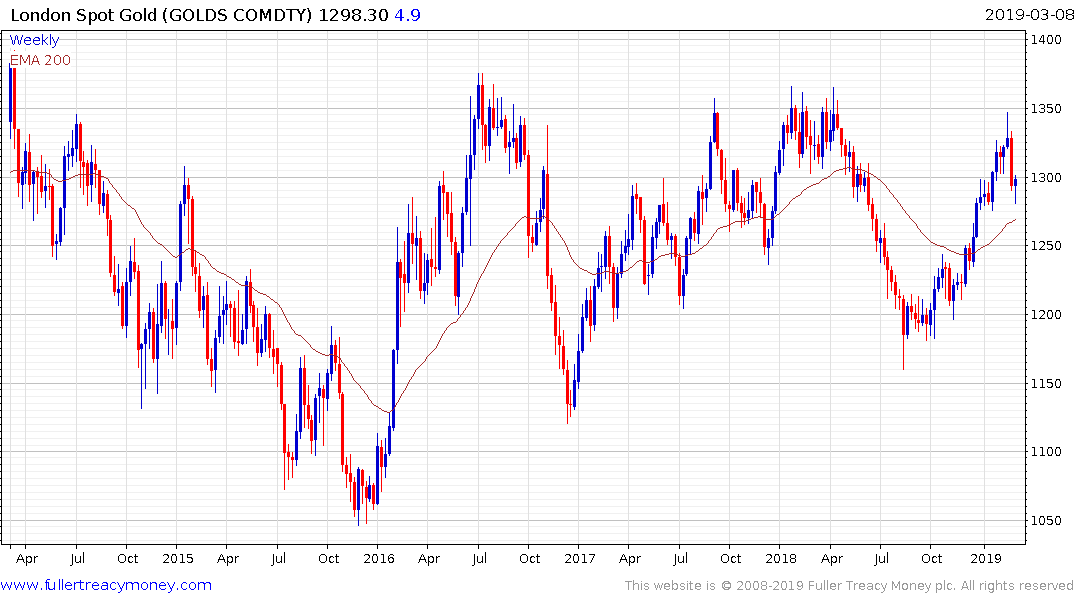 Gold pulled back from the upper side of its almost six-year range towards the end of February. It bounced today from the region of the trend mean in a reasonably dynamic manner and a sustained move below $1275 would be required to question scope for additional upside. I believe it is reasonable to expect some ranging between current levels and $1350 before we see a clear breakout. 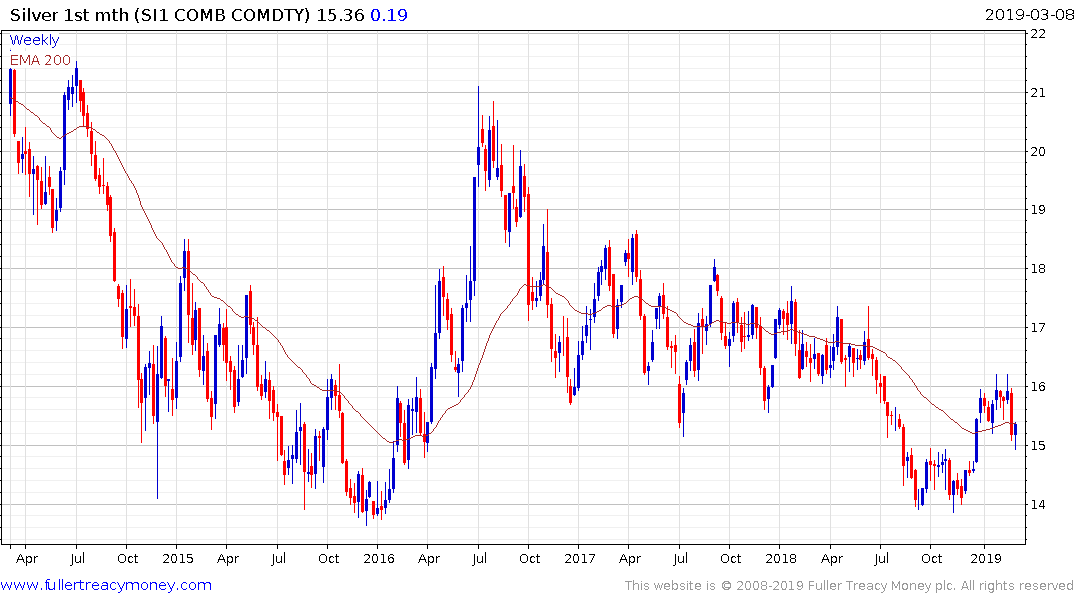 Silver found support today from the region of the upper side of the underlying base formation and the psychological $15 area today. A sustained move below that level would be required to question potential for additional upside.