There have been many false dawns in China’s quest for the yuan to challenge other major currencies. But underpinning the explosion this time lies a torrent of capital flowing into China’s markets, fueled by a frantic search for returns with over $14 trillion of debt globally paying less than 0%.

That appetite for some of the highest-yielding government bonds in the Group-of-20 countries has elevated interest in China to fever pitch and is generating demand for liquidity from investors looking to finance and hedge their investments. It’s also spurring volatility and attracting speculators who overlooked the market for years.

“It’s certainly a top currency in terms of the flow that we’re seeing,” said Kevin Kimmel, New York-based global head of electronic FX at Citadel Securities, one of the world’s biggest market makers. “Trading activity in the yuan has increased significantly.”

The shift comes as China continues to relinquish control -- albeit slowly -- of its tightly-managed currency, a linchpin of Beijing’s long-term plan to encourage its greater global use. China is considering easing restrictions on citizens investing in securities outside its mainland, a move that would facilitate two-way capital flows.

Capital is both global and mobile and it will always flow to the most attractive assets. There are no developed markets where one can pick up a yield above 1% in an appreciating currency. Investors have no other choice than to look elsewhere. 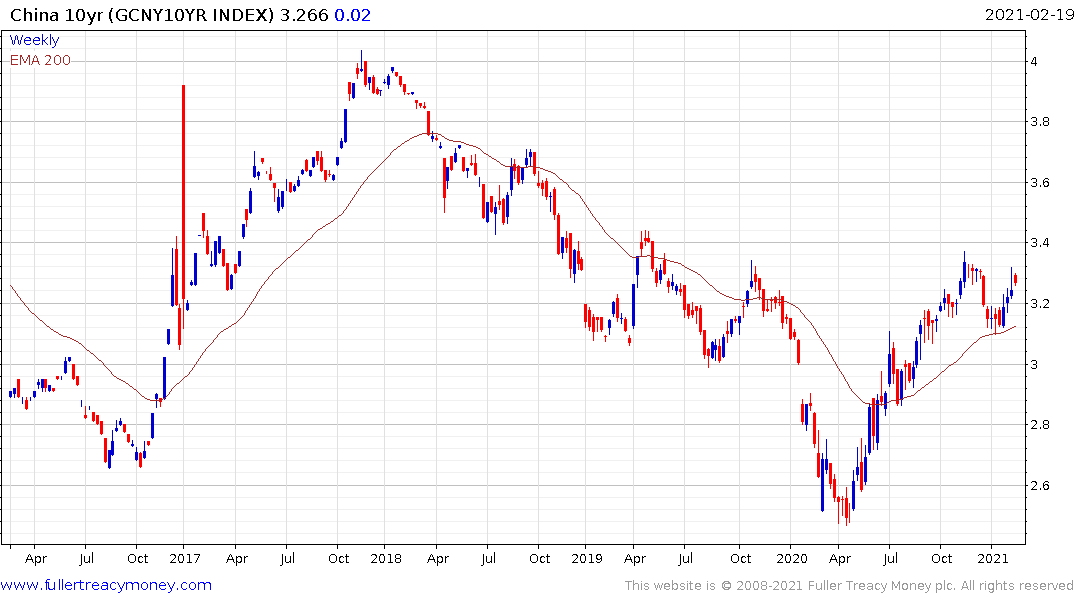 In doing so, they have to weigh how likely it is that tensions with China are likely to escalate. With a new US administration, the potential for surprises is lower and therefore the risk from investing in the renminbi is reduced but not eliminated. This trend of Renminbi strength has been very persistent since March and some consolidation will occur eventually. 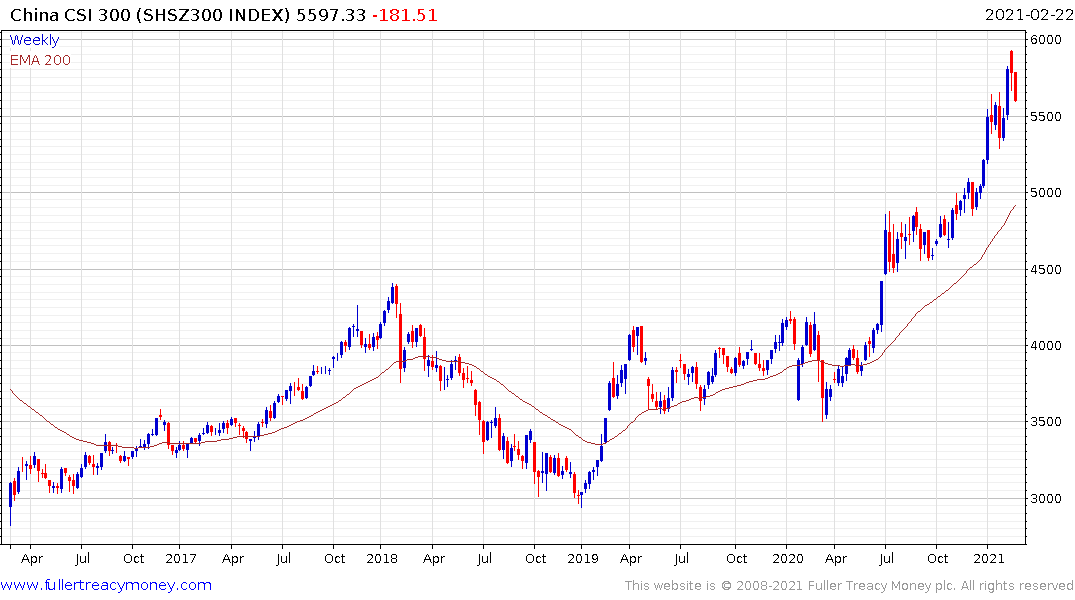 The CSI300 pulled back rather sharply today as Kweichow Moutai extended its unwinding of a wide short-term overbought condition. That’s another example of how the most overbought/overvalued companies are seeing a loss of momentum and increasing evidence of at least mean reversion. 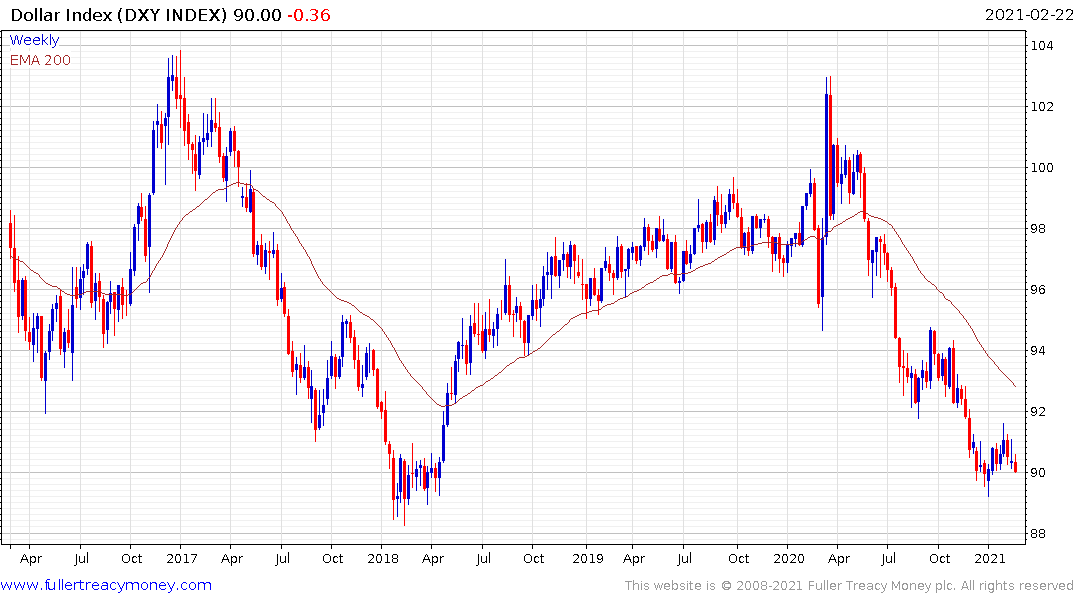 The broader issue is investors are losing faith in the ability of the Dollar to hold its value. That only makes the argument for seeking an alternative more compelling.

There are plenty of options to avoid reliance on the Dollar. The UK might not have a high yield but the Pound is appreciating because of the accelerated timeline to herd immunity from COVID-19. 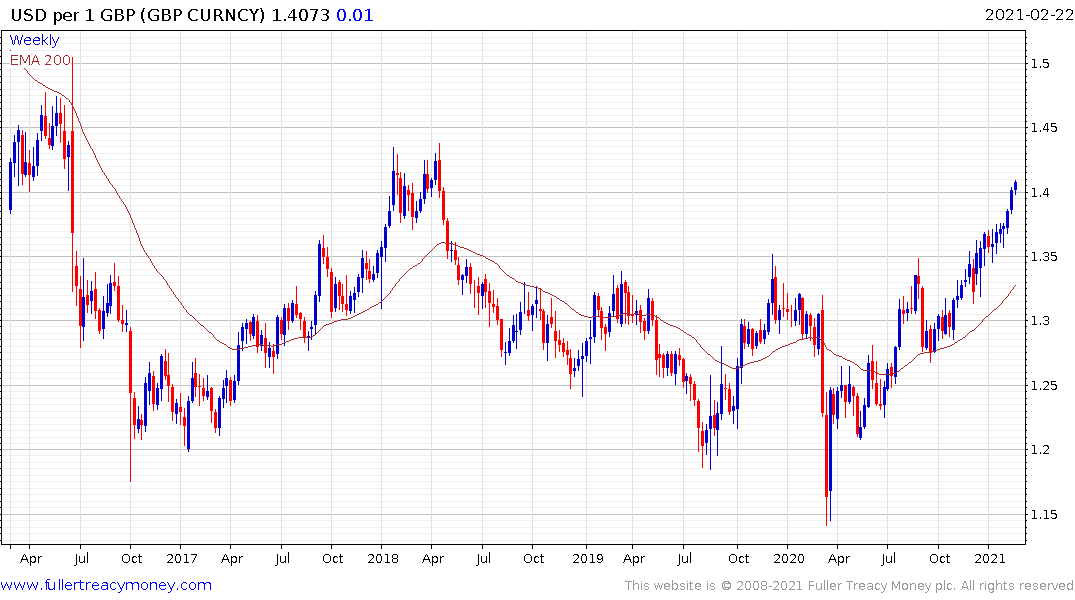 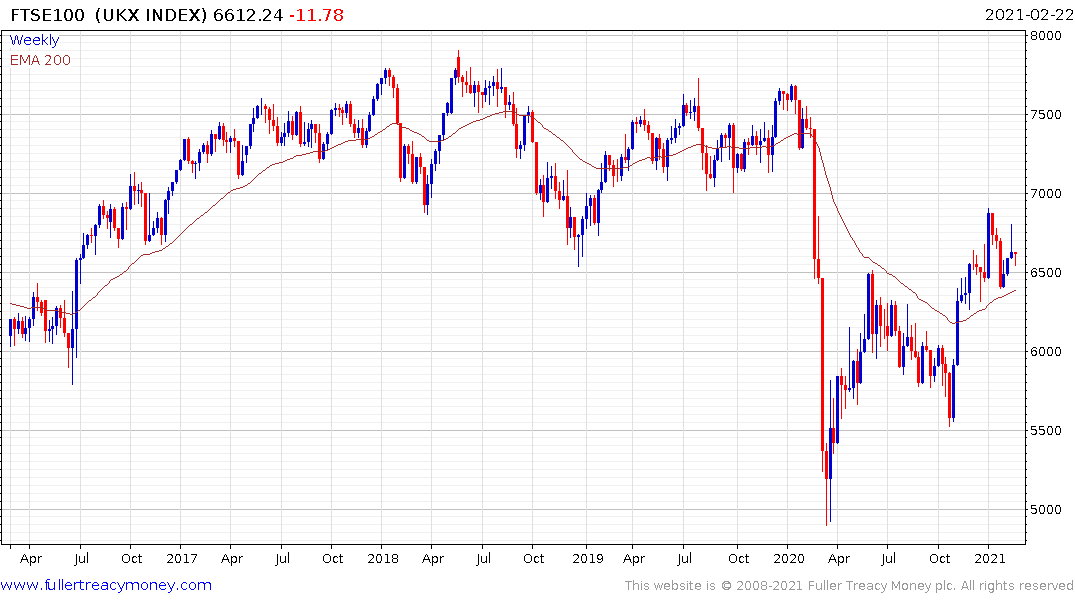 The FTSE-100 yields 3.26% and the FTSE-250 yields 1.82%. Stocks are lower down on the risk pecking order than bonds, in the regulator’s handbook, but stocks don’t carry the same geopolitical risk that China’s bonds do and not least because China’s bonds continue to trend lower despite the influx of new money.