While analysts say the exchange rate is being driven by improving market sentiment as China’s economy steadies and trade tensions ease, the recent bout of strength comes at a pivotal time for U.S.-China negotiations. Chinese Vice Premier Liu He is expected to sign the long-awaited phase one agreement in Washington Wednesday.

Some now predict the currency will touch 6.8 per dollar within three months -- a level not seen since May last year.

“Having a stronger currency is one way to show good will,” said Mitul Kotecha, a senior emerging-markets strategist at Toronto-Dominion Bank in Singapore. “Signs of a gradual, as opposed to rapid, slowdown in China’s economy and limited decline in China rates will provide support to the currency.”

I did not think we were going to see the Renminbi trade stronger than the trend mean but it is now clearly breaking out. That is as much about the willingness of China to tolerate a stronger currency as it is about the supply of Dollars resulting from the ongoing repo operations. 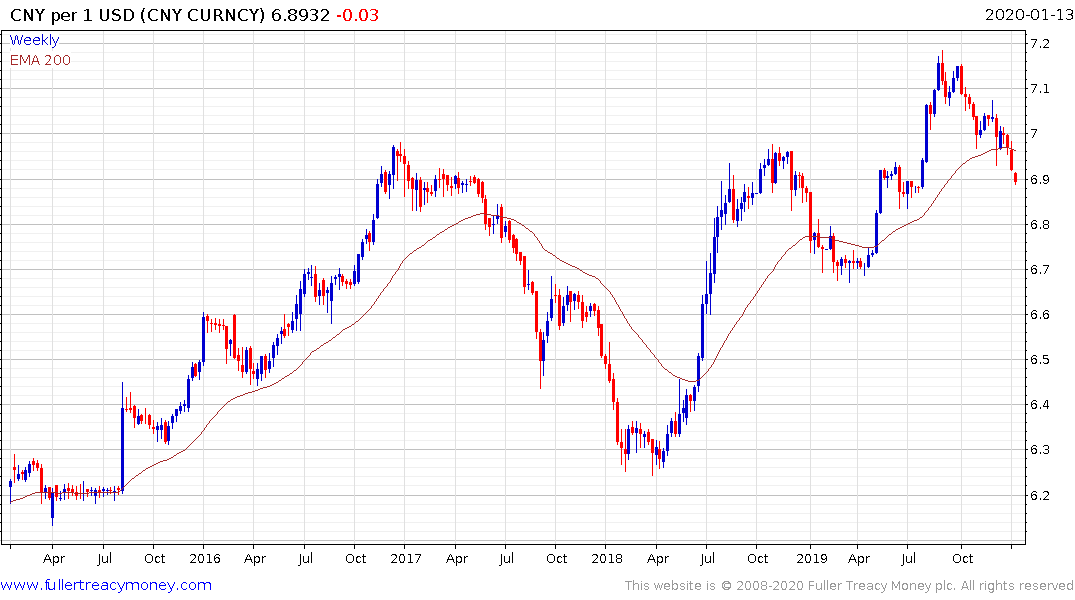 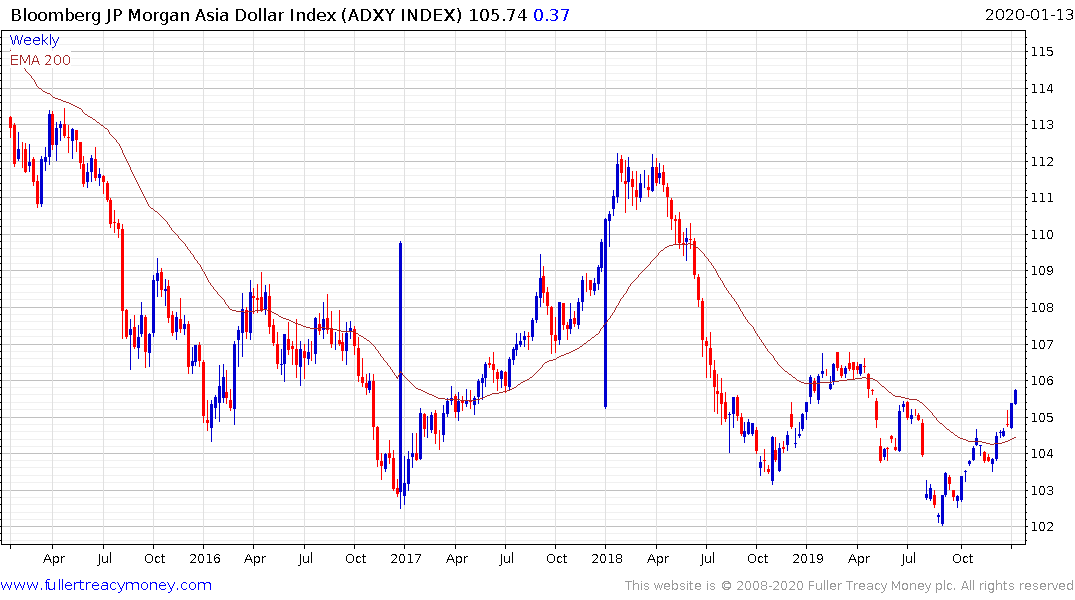 The Renminbi has been rallying since shortly before the repo squeeze and the Asia Dollar Index has now rallied to break its two-year downtrend. That suggests more than short-term strength in the currencies other than the Dollar, at least in Asia. 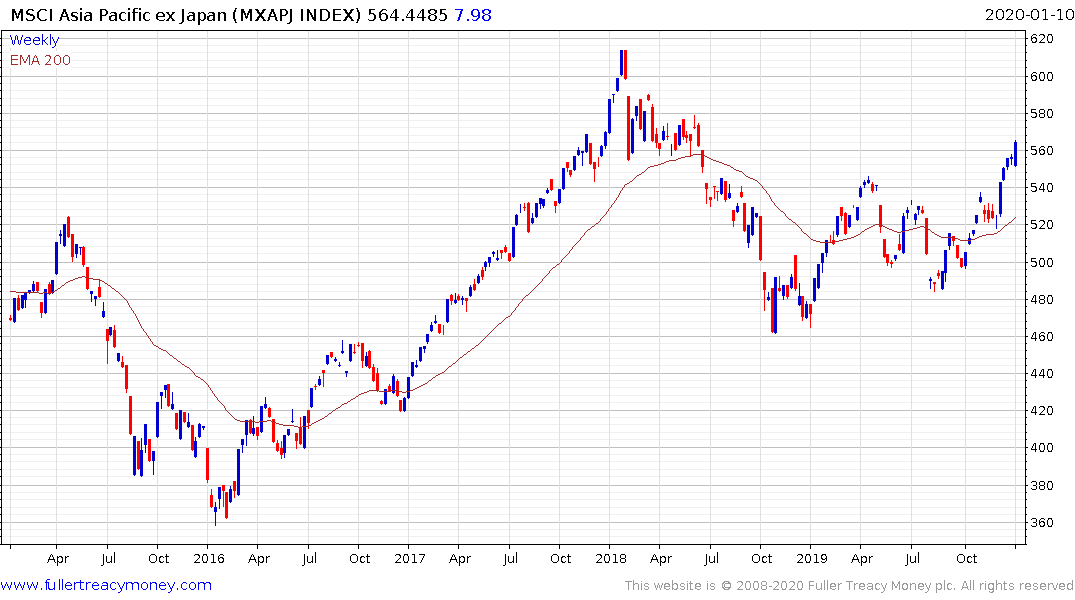 The MSCI Asia ex-Japan posted a higher reaction lows in August and broke out to new recovery highs just before Christmas and continues to extend that breakout.

The broad global market picture is of global markets that are almost universally strengthening to breaking out. That is still supportive of the global reflation argument.