New local-currency lending was 1.32 trillion yuan, the highest level since 2010. M2, the broadest measure of money supply, increased 13.2 percent from a year earlier last month, according to the central bank. That matched the median economist estimate and compared with 13.6 percent in December.

Record new credit will help the economy to maintain momentum while underscoring challenges for officials trying to limit the risk of financial turbulence from defaults and bad loans.

Uncertainty as to how China is likely to tackle its credit bubble remains a considerable headwind to sentiment improving from the perspective of many foreign investors. However, as we have seen in the cases of the USA and Europe, an issue with credit expansion can go on for much longer than many people expect once it has been identified.

The nature of China’s credit system is that demand for credit tends to be highest in January so we will not know to what extent credit growth is sustainable until after the first quarter. The administration apparently wishes to tackle the situation but it is taking a long-term perspective; suggesting the muddle through approach taken to date is likely to continue. We will probably have more visibility on this issue once the party Congress concludes next month. 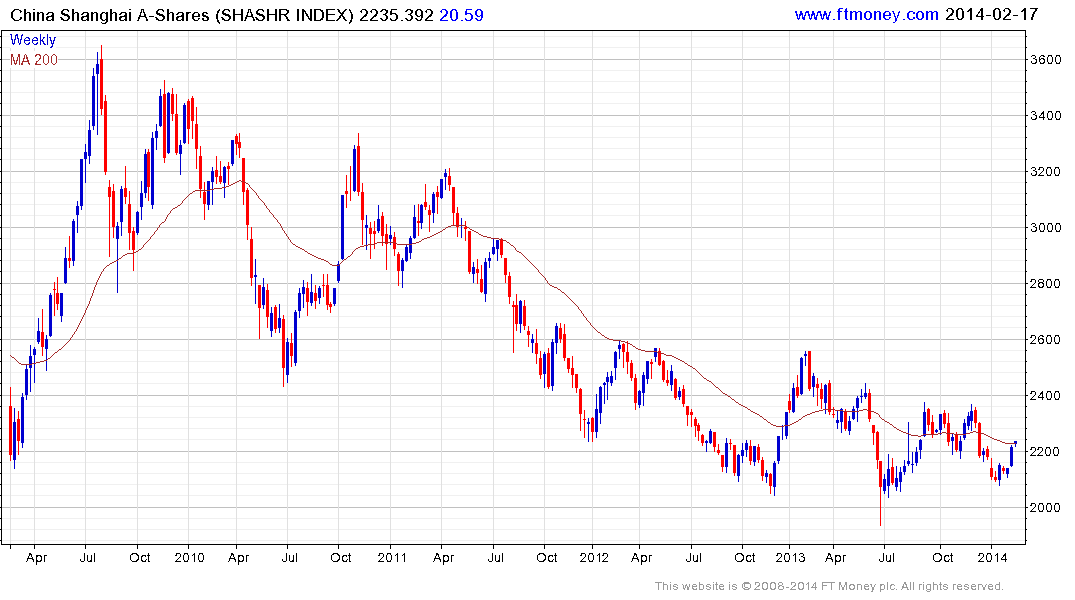 The market’s valuations, which sceptics often choose to ignore, suggest that a great deal of the bad news has already been priced in. The Shanghai A-Share Index continues to extend its post Lunar New Year bounce and a sustained move below the 200-day MA would be required to question current scope for some additional higher to lateral ranging. 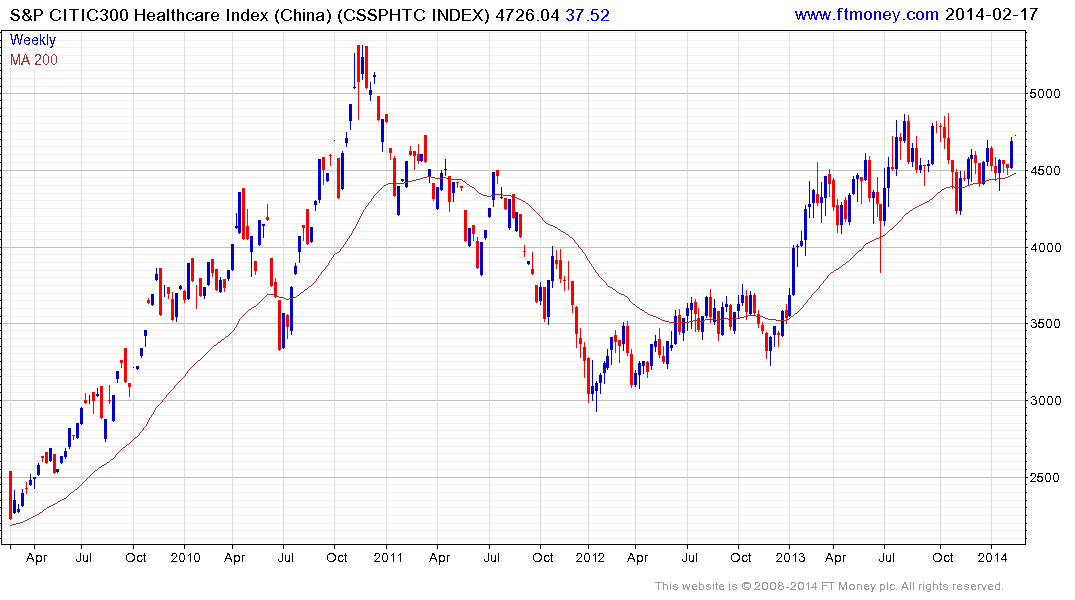 When thinking of China’s prospects the performance of two of the country’s most high profile sectors help to illustrate the two-tier nature of the market. Healthcare continues to firm from the region of the 200-day MA and a sustained move below 4500 would be required to begin to question medium-term scope for additional upside. 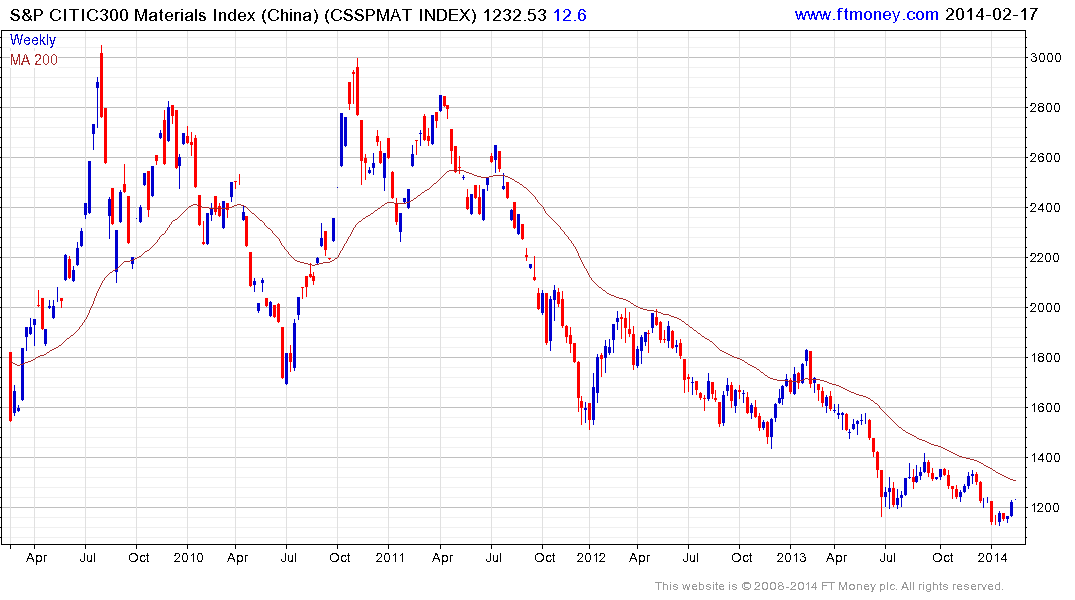 Meanwhile the Materials sector remains in a three-year downtrend. It has lost momentum somewhat, but a sustained move above 1350 will be required to break the progression of lower rally highs and suggest a return to demand dominance beyond short-term scope for an additional bounce.