“The PBOC is likely to continue to use interest rate and liquidity tools to loosen monetary conditions in 2020, though the easing will probably be less pronounced than last year,” David Qu, a China economist at Bloomberg Economics in Hong Kong, wrote in a note. “We expect the PBOC to stick to a stance of measured easing to counter the economic slowdown.”

For the year, consumer inflation for 2019 stood at 2.9%, in line with the government-set target of 3%, while producer prices declined 0.3%. Core inflation, which removes the more volatile food and energy prices, stabilized at 1.4% in December, signaling ongoing weakness in the broader economy.

China’s economy has shown signs of recovery in recent months as global demand steadies and trade tensions ease. As commodity prices rise and factories start restocking, PPI deflation is set to continue to moderate and some see it turning positive as soon as January.

The outlook for the Chinese economy represents the lynchpin for the global reflation trade and the prospects of steadying growth and continued stimulus are helping aid in the positivity surrounding the hiatus in the trade war. 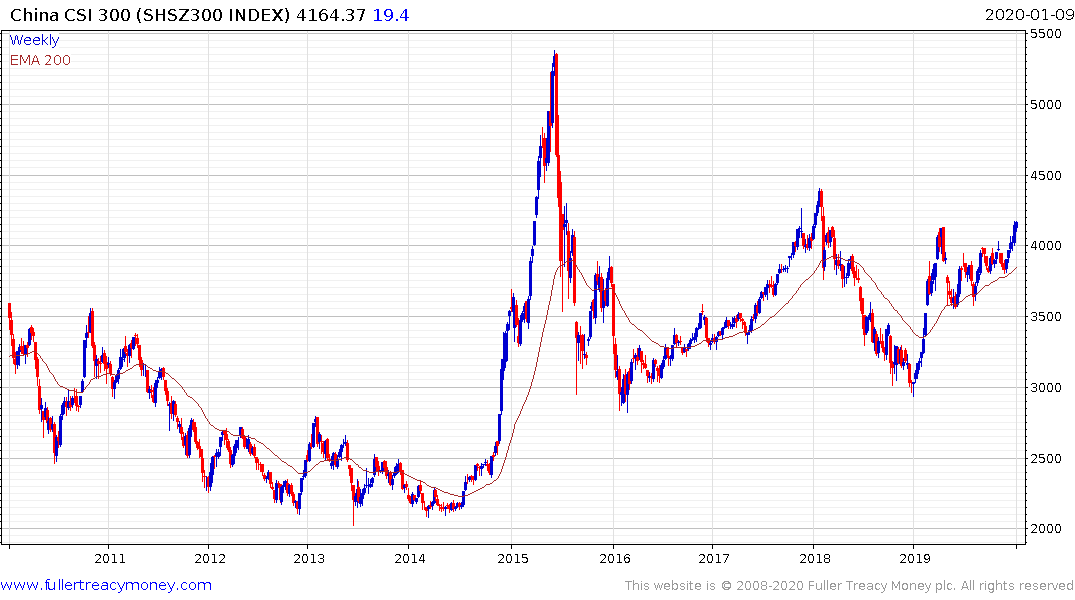 The CSI 300 Index broke out to new 23-month highs this week continues to improve on its performance. It is being led higher by the IT and Consumer Discretionary sectors. 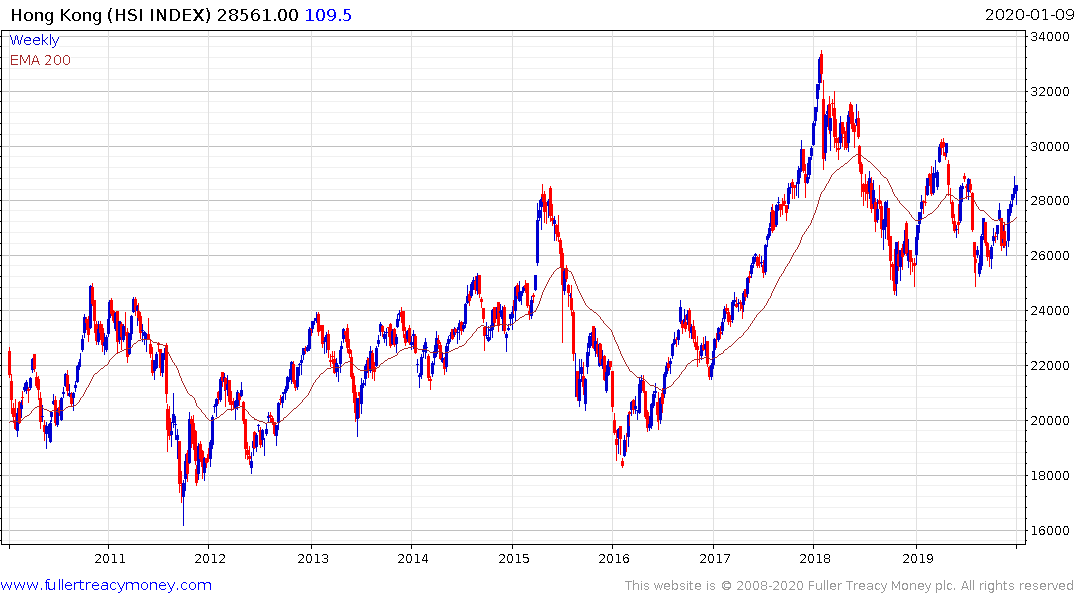 The Hang Seng Index bounced today from the 28,000 level. The Index’s success in finding support in the region of the November peak potentially suggests the period of choppy higher to lateral ranging, that prevailed between August and December, is over. 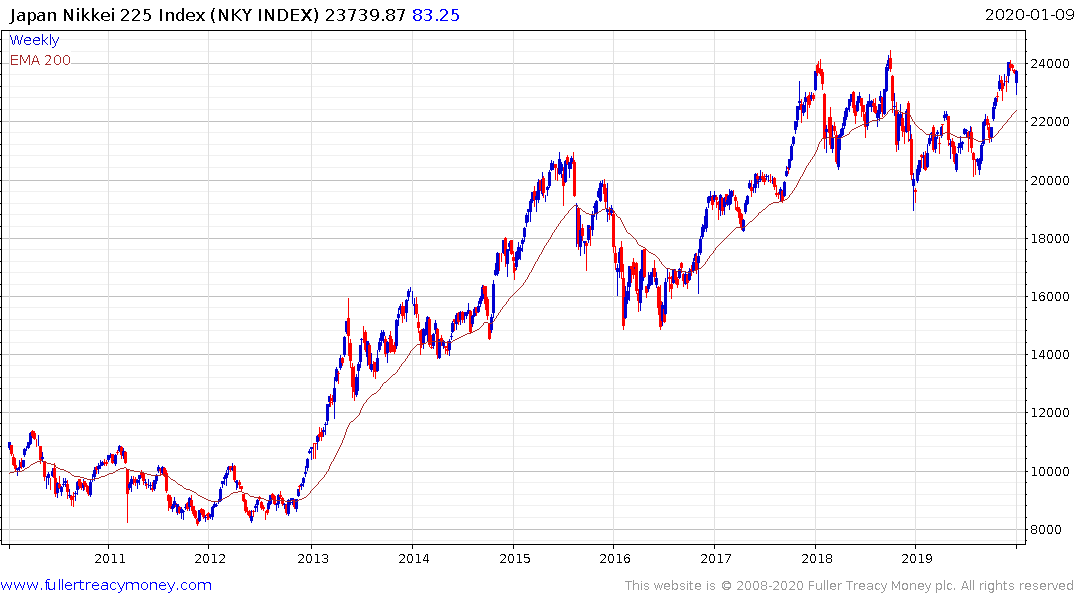 The Nikkei-225 Index rallied impressively over the last couple of sessions to confirm near-tern support in the region of 23,000 and a clear downward dynamic would be required to question near-term scope for a successful breakout to new recovery highs. 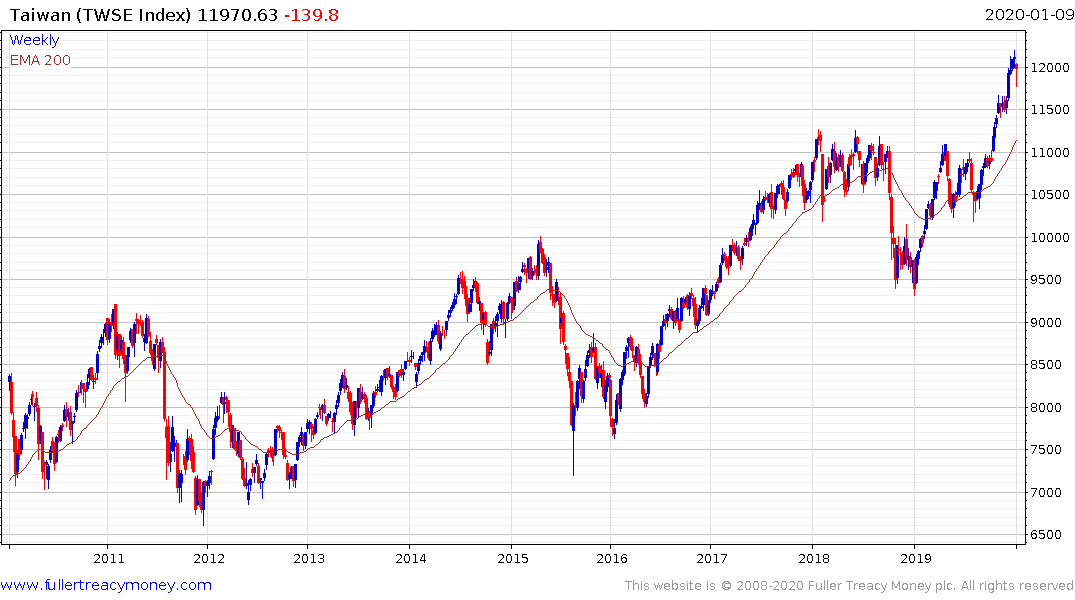 The TAIEX is on the cusp of breaking out to new all-time highs following a delay of nearly 30 years. 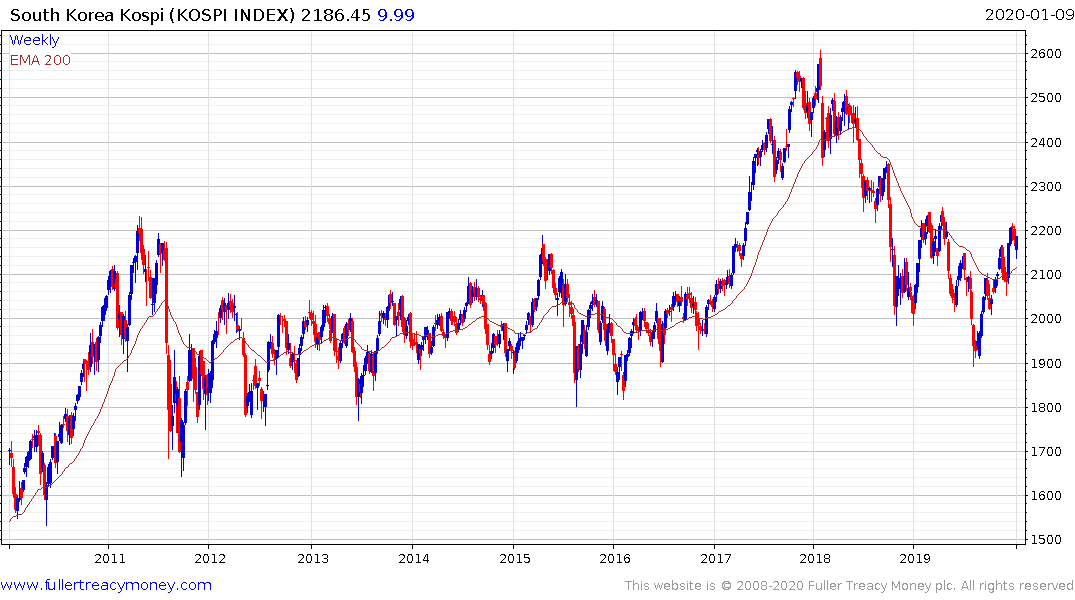 The Kospi index rallied to break its medium-term downtrend in December and continues to hold a sequence of higher reaction lows. 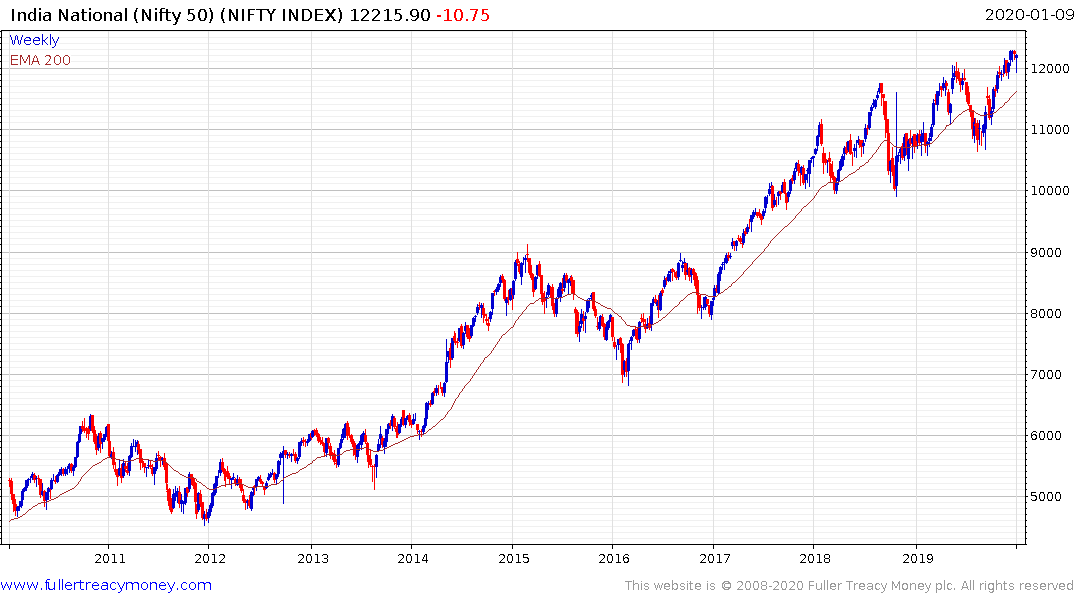 The Nifty Index bounce today from the region of the June peak is also supportive of the case for a sustained breakout.

The return to performance of Asia’s larger market suggests the hunt for catch-up potential is focusing on the bigger names not least as many fundamental analysts continue to doubt scope for continued upside on Wall Street. The lesson people seem to never learn is monetary policy beats valuations most of the time and until the bubble is popped by a lack of fresh fuel, the benefit of the doubt can be given to the upside.