“If you talk to a bank, they’ll say it’s somebody else’s credit risk,” Smith said. “But the ultimate credit risk doesn’t disappear. The brokers for sure are not taking this on in exchange for a few basis points, so ultimately the banks are still holding onto this credit risk. If it all goes bad, the brokers don’t have the balance sheet to support it, and somebody else has to come in and take it over."

Shadow banking hit the headlines in 2014 when a 3 billion yuan product issued by China Credit Trust Co. to raise funds for a coal miner faced default. The product was bailed out four days before the payment was due, though it wasn’t clear who provided the funds. Growth in AMPs has slowed every year since 2012, when rules on brokerages’ asset management businesses were first eased and such plans surged 575 percent.

The mechanics of the Chinese shadow banking sector seems to bear a lot of similarities with the types of special purpose vehicles set up by companies like AIG in the USA during the housing boom.

As with the challenge that faced the USA, the issue did not come to a head until the central bank had tightened monetary policy to a point where the supply of credit to such vehicles was choked off. Right now the new regulator’s resolve in supporting markets appears to be under scrutiny. 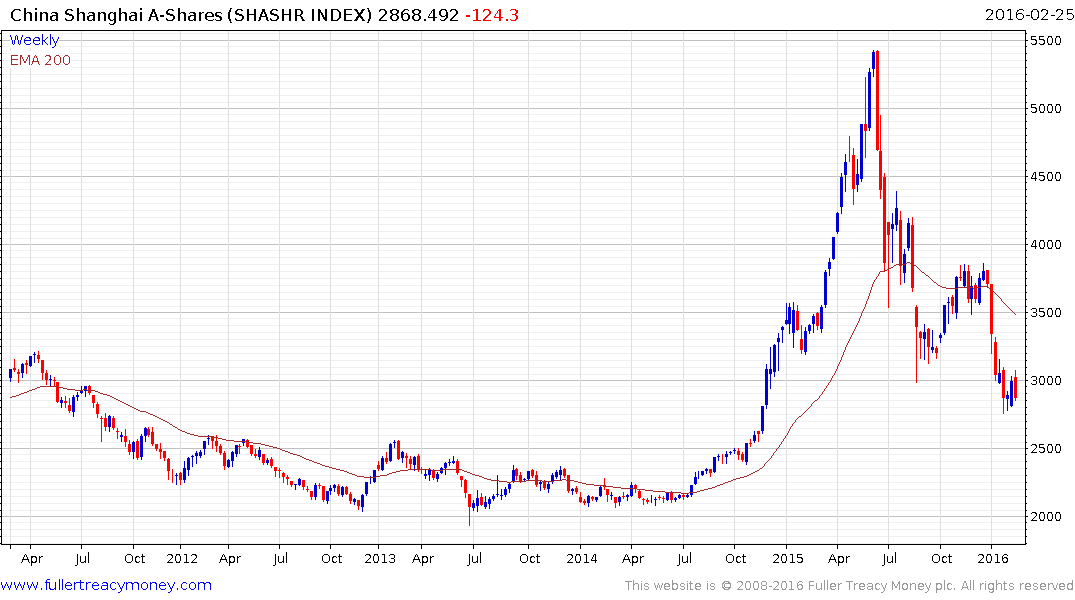 The Shanghai A-Share Index pulled back sharply today to unwind the last seven session’s advance. A clear upward dynamic and sustained move back above the psychological 3000 is now required to confirm more than temporary support in this area. 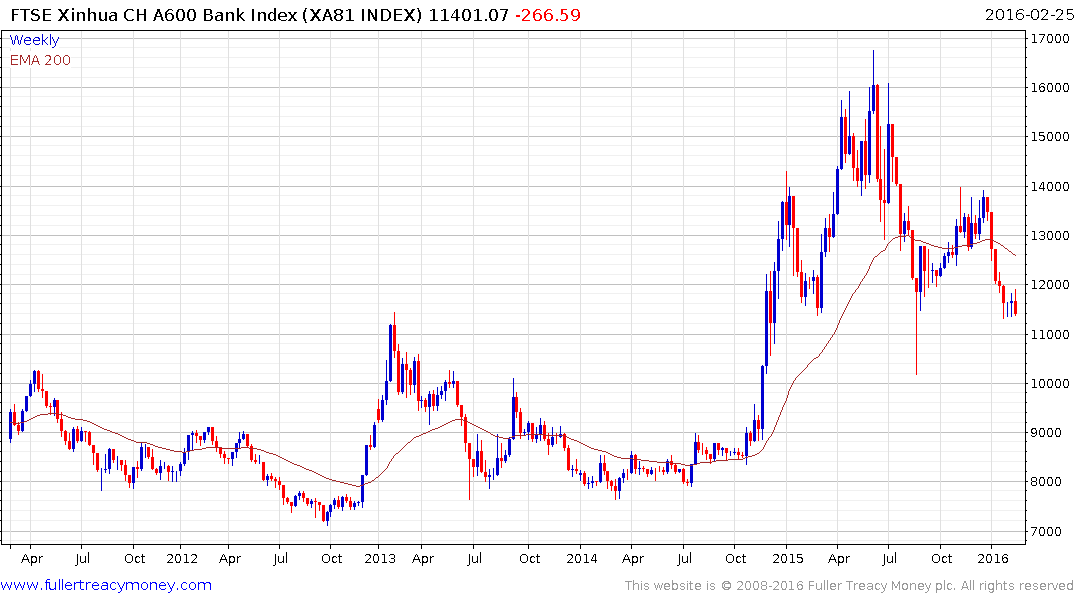 The FTSE/Xinhua A600 Banks Index dropped back to test its January lows today and likewise needs a clear upward dynamic to check the downward bias.

China is likely to be a major topic of conversation at the G-20 meeting this weekend so there is potential for additional volatility.