Overseas investors boosted their holdings of Chinese sovereign bonds by 575.6 billion yuan ($90.9 billion) in 2021, the fastest pace on record compared with previous years, according to Bloomberg calculations of Chinabond data.

Foreign exchange settlement under securities investment in the capital account, which reflects offshore investors’ buying of onshore equities and bonds, surged to $23 billion in December, the highest since records began in 2010.

Ken Cheung, chief Asian FX strategist at Mizuho Bank Ltd., said the high returns of yuan-denominated assets and the stability of the yuan exchange rate are attractive to foreign capital.

However, the narrowing U.S.-China yield spread will lead to slower inflows into the onshore bond market, and direct investment next year could ease, considering multiple factors, including regulations, U.S.-China relations and China’s slowing economy, Cheung said.

The Renminbi has been slowly appreciating versus the Dollar since early 2021. That reticence of the Chinese government to deploy massive monetary and fiscal stimulus during the pandemic have contributed to the strength of the currency and the relative attraction of Renminbi bonds. 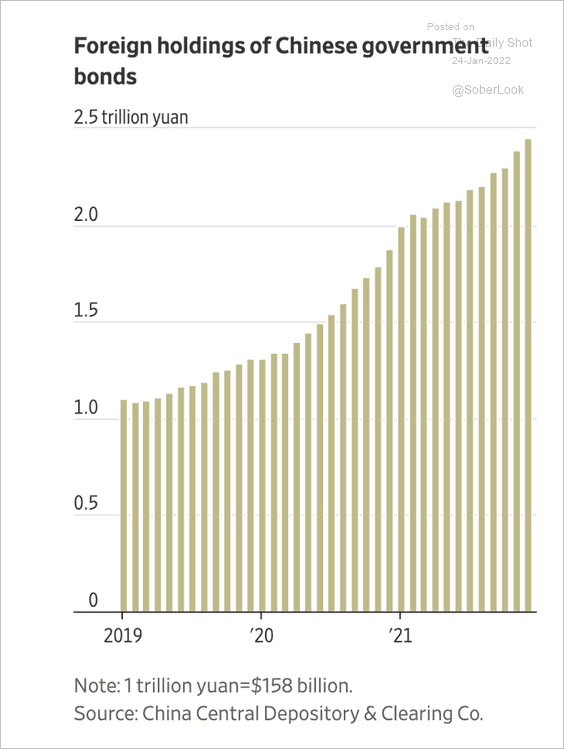 Foreign holdings of Chinese government bonds have grown from CNY 1 trillion in early 2019 to CNY 2.5 trillion at present. That’s a reflection of how currency stability has boosted the attraction of China as a safe-haven destination for international capital flows.

China was not under pressure to lend assistance to the economy, because exports surged and keep factories humming. They used that boon as an opportunity to squeeze leverage from the property sector and to try and reorient the economy along national priorities. That took a heavy toll on property developers the tech champions.

As the credit impulse turns back upwards, the potential for China to increase assistance to the economy and to remove pressure from the worst performing sectors, suggests it has scope to outperform Wall Street. 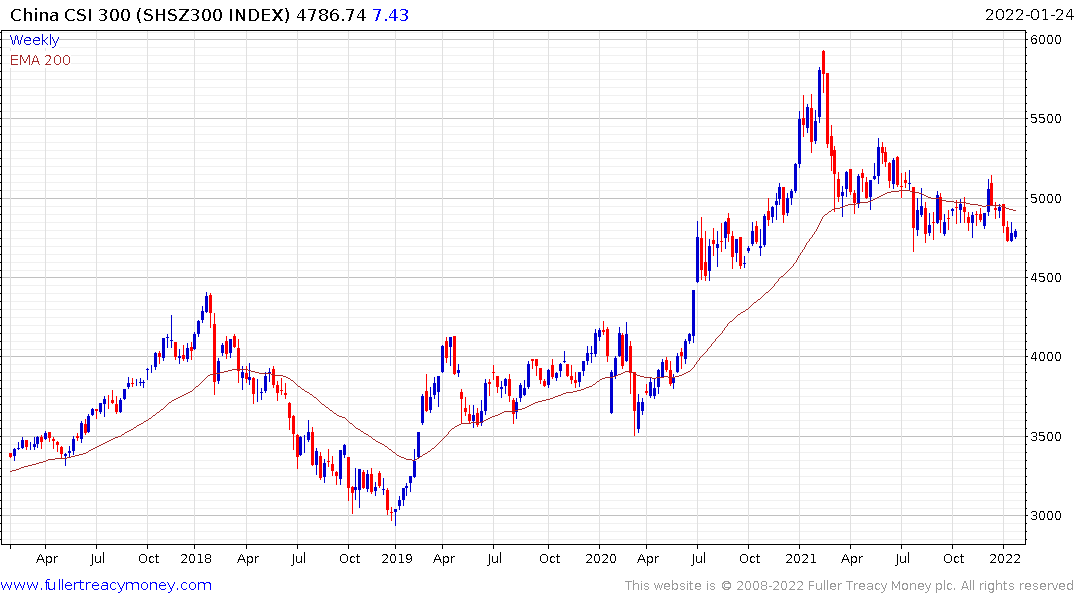 The CSI300 is currently steadying from the lower side of six-month range. 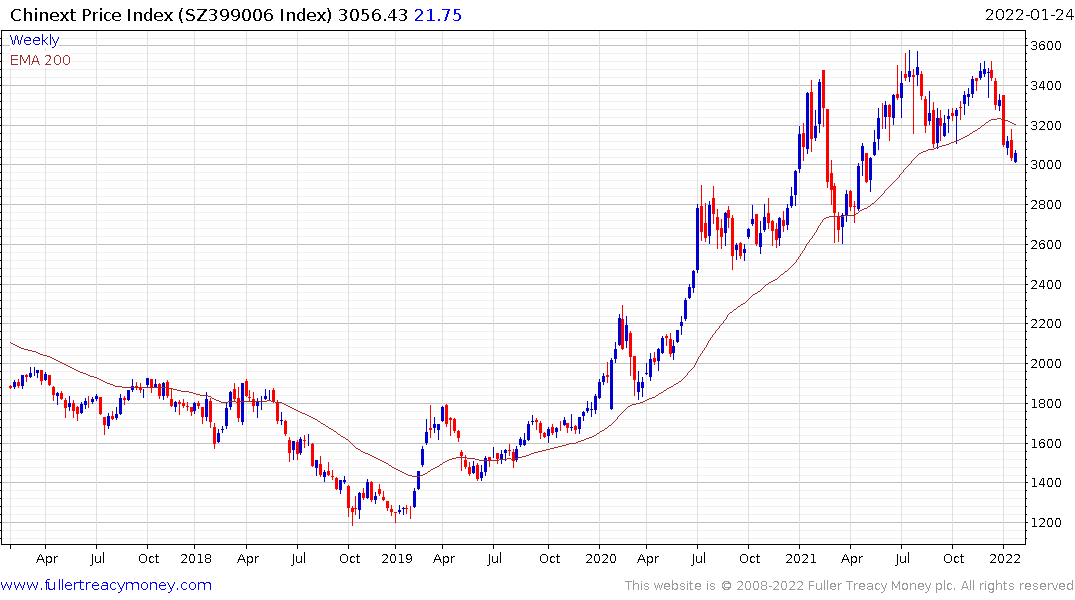 The ChiNext Index has already steadied but will need to sustain a move above the trend mean to confirm a return to demand dominance.