China's Got a New Plan to Overtake the U.S. in Tech
Comment of the Day

China's Got a New Plan to Overtake the U.S. in Tech by Eoin Treacy

In the masterplan backed by President Xi Jinping himself, China will invest an estimated $1.4 trillion over six years to 2025, calling on urban governments and private tech giants like Huawei Technologies Co. to lay fifth generation wireless networks, install cameras and sensors, and develop AI software that will underpin autonomous driving to automated factories and mass surveillance.

The new infrastructure initiative is expected to drive mainly local giants from Alibaba and Huawei to SenseTime Group Ltd. at the expense of U.S. companies. As tech nationalism mounts, the investment drive will reduce China’s dependence on foreign technology, echoing objectives set forth previously in the Made in China 2025 program. Such initiatives have already drawn fierce criticism from the Trump administration, resulting in moves to block the rise of Chinese tech companies such as Huawei.

China is deadly serious about becoming the global hegemon. The rest of the world has been happy to play along to get along for the last twenty years because forced technology transfer was deemed an acceptable price for the promise of benefitting from the world’s largest consumer market. The freezing out of technology companies from the Chinese market more than a decade ago should have raised red flags. Fortunately, the world is finally waking up to the fact it is dealing with a dictatorial regime intent on turning us into a series of vassal states.

China is now willing to spend whatever it takes to progress into the next iteration of digitisation. The social credit score control mechanism will be at the centre of that ambition. It is aimed at serving the combined ambitions of continuity for the Communist Party, adherence to prescribed social norms among the populace and economic control through the digitisation of the economy.

This report from Morgan Stanley is quoted in the above article.

The decision of the USA to renew Hong Kong’s trading charter and to continue to allow Chinese companies to list on US exchanges has to be viewed in the context of a great power competition which has been intensifying for the last few years. The fact the Trump administration views it as a vote winner is an additional reason to expect further volatility. China’s impending imposition of additional security measures and mainland laws on Hong Kong is an extra flash point. 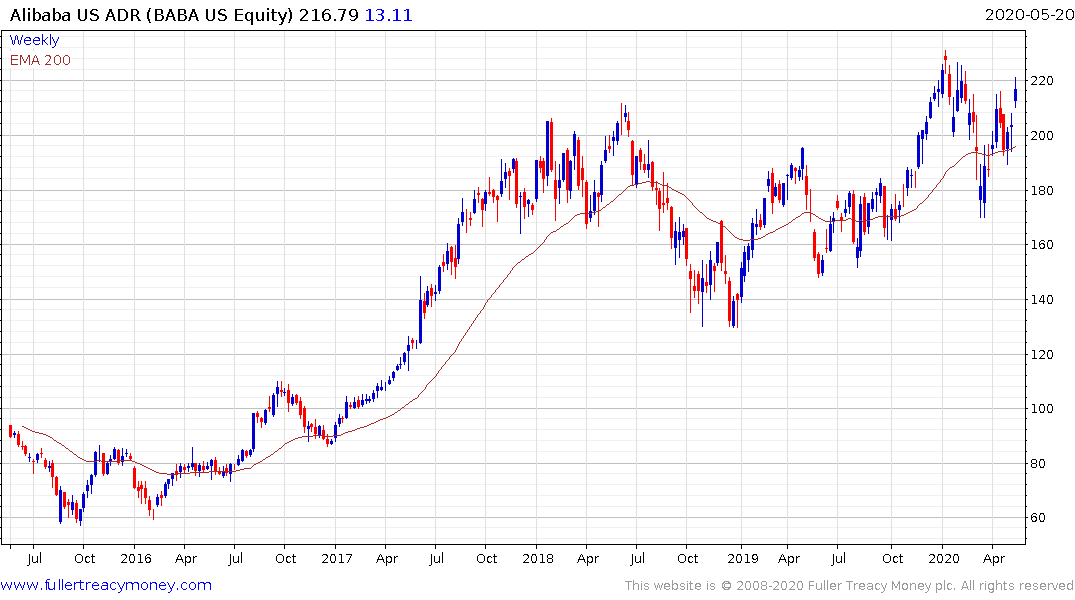 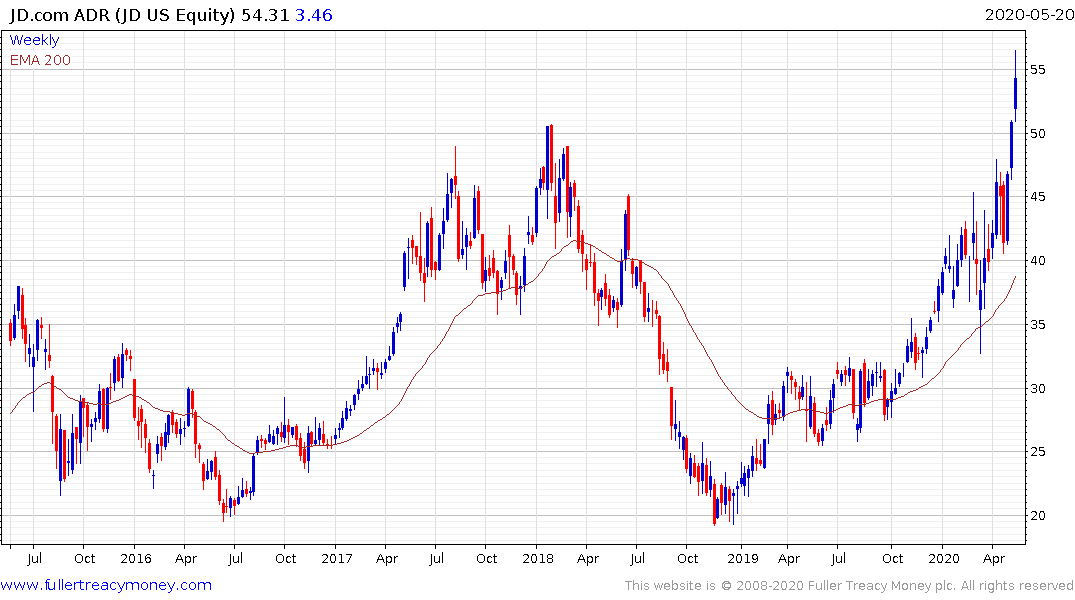 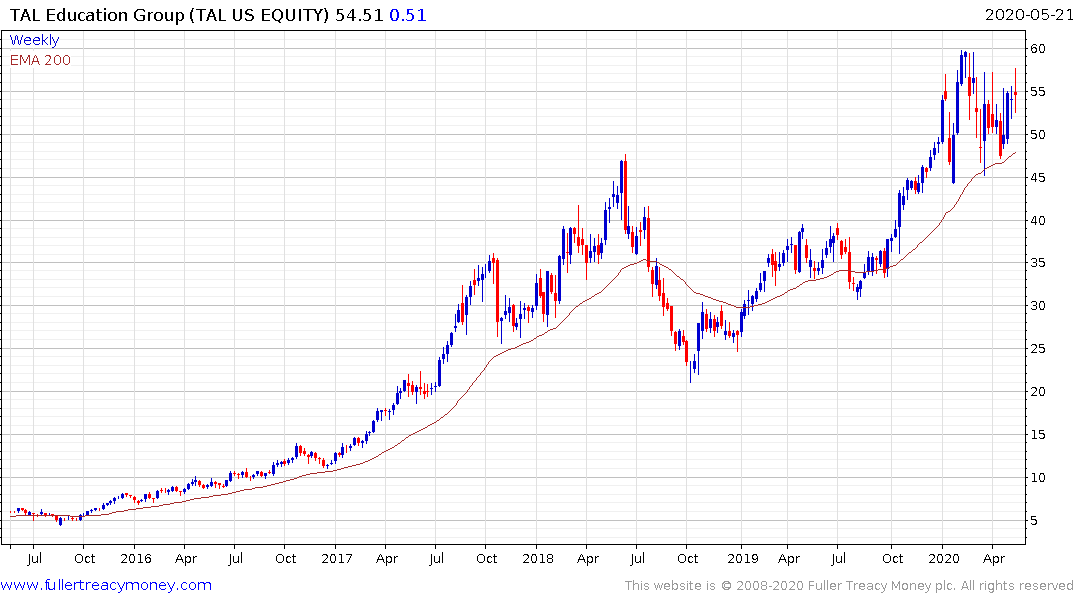 There are some significant Chinese success stories listed in the USA like Alibaba, JD.com and TAL Education.

However, the GS US listed Chinese Shares Index has been trending lower for 2 years. The recent implosion of Luckin Coffee following accounting fraud is a cautionary tale which helps to highlight the fact it is difficult to know in advance which Chinese companies will in fact be durable success stories.

Meanwhile Hong Kong Exchange announced this week it has altered its rules on listings to allow Alibaba to trade. The clear conclusion is if the world moving towards a them or us footing, holding Chinese assets is a significant risk for investors. For internationally non-US investors a significant sell off could provide an interesting entry opportunity because China is going to do whatever is necessary to close the technology gap. 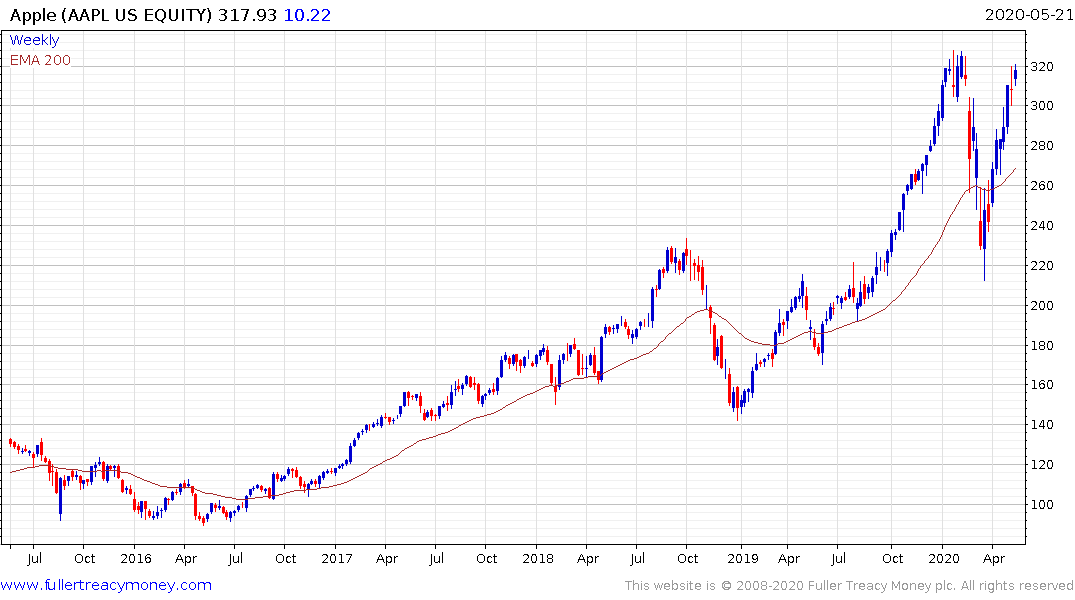 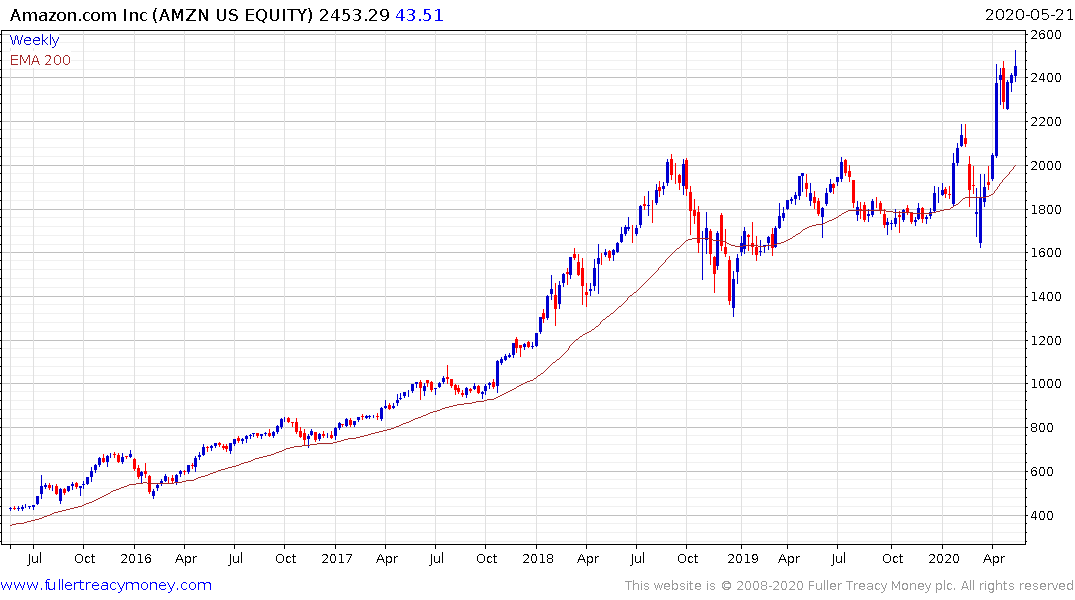 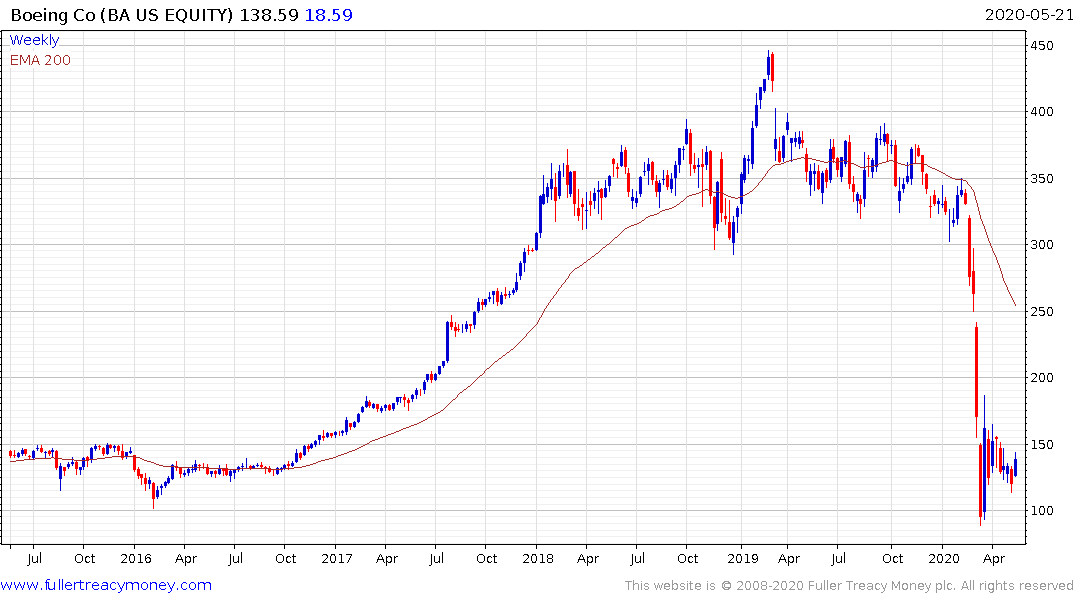 An additional risk is companies like Apple, Amazon and Boeing all rely on China for business, inventory or both. 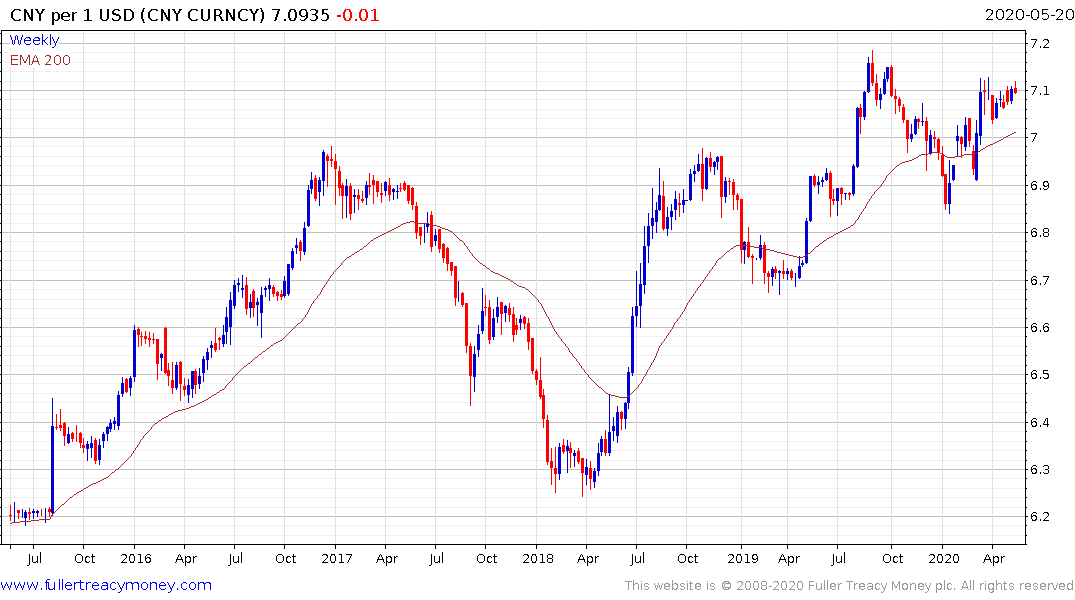 The Renminbi is also likely to be used as a policy tool in insulating the Chinese economy from trade frictions.